Fitger's Brewhouse is one of those institutions that you MUST visit when you go to Duluth, Minnesota.

If you've been here before, what do you recommend? What do you want to try?

As in, even when I was in middle school and went to Duluth for soccer tournaments, we all HAD to go here...every year. 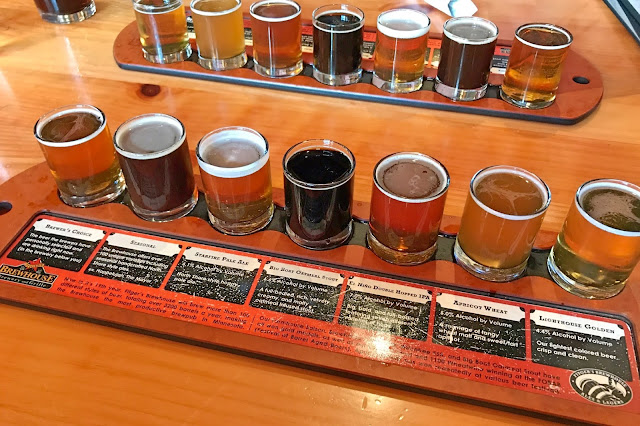 So, now that I am an adult, I don't need to just settle for the draft root beer (yes, Fitger's makes its own root beer in-house) and I can get the beer beer flights.

The beer flight is somewhat expensive, but you get to try all seven of their brews. I really didn't like the stout, but if you've read all my other craft beer posts (click here to see) you know I don't really like stouts. I also didn't like the golden, but that's because I also don't like goldens. I, obviously liked the IPA, but I think next time I would skip the beers. I preferred the Canal Park Brewing Company (see my post from yesterday) beers. My mom did prefer the Fitger's beers, but I guess it depends on your particular palate. (Full disclosure, we meant to go to Bent Paddle to make a whole day tour out of the breweries in Duluth, but it was closed for a festival.)

The best part is that you do get a choice between multiple side dishes: beer-battered fries, tater tots, chips and salsa, salad, and veggies. As a result, you can customize any meal to match your tastes. 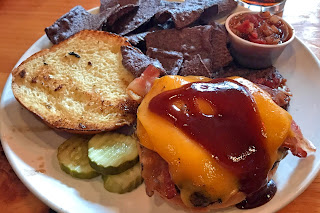 This is the Beau Burger (sans red onions). This burger was nice and juicy. The cheese was a very generous slab (there really wasn't another way to describe it). The burger was topped with bacon and barbecue sauce. The bacon was not as crispy as I would prefer, but luckily this wasn't my order.
I usually get the Wild Rice Burger, since that's kind of the signature item at Fitger's. So, I'd definitely recommend you check it out! Wild rice is such a Minnesotan item (I'm a little worried so many people are "discovering" it now because it's getting super expensive). 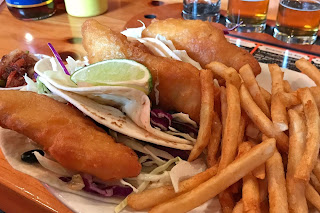 Anyway, I was having a hard time deciding between the wild rice  burger and fish tacos. I went with fish tacos, but I definitely wish I wouldn't have broken from my norm. The fish tacos weren't bad, but they also weren't that inspiring. They were pretty bland and white...I ended up eating it without the tortilla because it was just...a lot of boring carbs at a certain point. The fish was great, though! The batter was nice and fluffy and the fish itself was flaky and tender. I really NEEDED the battered fries. I have a few posts coming up next week about the best battered fries, so check back for those. But, these were quite nice! The batter makes the outside of the fries makes it nice and crisp, but yet the inside is airy. The beer they use is their own (I'm not entirely sure which one they used, but my guess is a wheat/golden) one and the beer added a subtle hint of flavor to the potatoes. 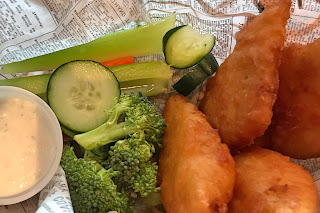 This is the fish and chips, minus chips and added fresh veggies. The fish is the same as the fish in the fish tacos.

The "Duluth" corner. You can see all the details of the beers if you click to expand :) 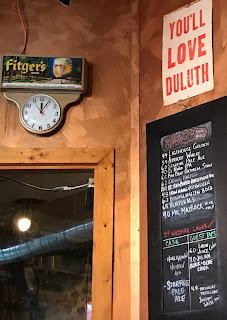 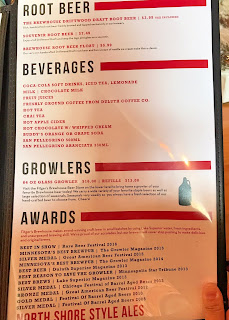 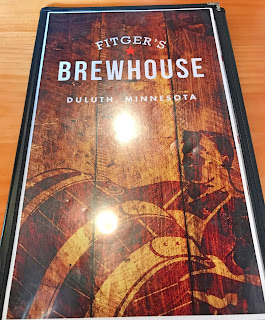 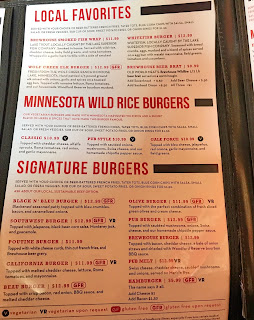 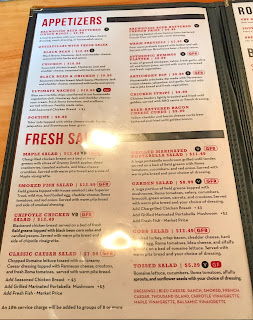 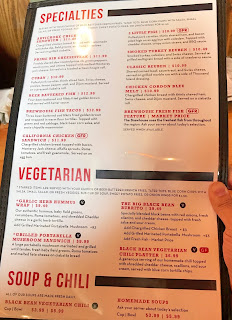 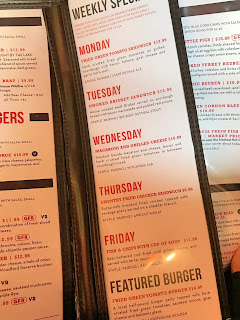 This scene looked so picturesque, until I realized there were LARGE TRASH BINS in the corner. Now you see them, you can't unsee them! 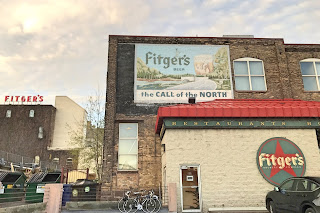