If you're in Duluth, there are some restaurants that everyone says you MUST try. I'm here to add a new one, Canal Park Brewing Company.

This is a pretty nice location for UMD students to take their families on family visit days :)

So, as I alluded to in yesterday's post, St. Cloud area breweries don't often offer food and, if they do, the food is often "bar snacks." Luckily, this is not the case at Canal Park Brewing Company in Duluth, MN. Thanks to this fact, it's a very family-friendly restaurant (with craft beers brewed on-premises). 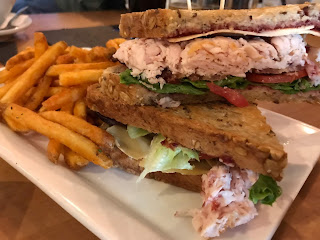 If you don't drink beer, are driving, or are there just for the food, there are plenty of non-alcoholic beverages available.

This is the Canal Park Club sandwich with fries. The turkey portions were extremely generous! That being said, this was an extremely meat-intense sandwich. The lettuce was a romaine, not an iceberg lettuce, which was nice. The tomatoes were nice and ripe, not too hard, and were cut quite thin. 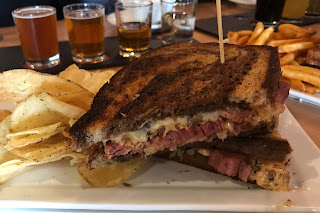 This is the 15 Barrel Reuben with chips on the side. This was a pretty good sandwich. As you can see, the sandwich was not as meat-heavy as the club sandwich was, which is good and bad. It was a pretty tasty sandwich, but nothing really special. 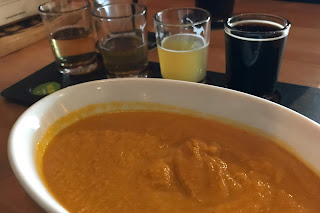 This is the butternut squash soup. We had ordered a cup of the soup, but there was some miscommunication and we ended up with a bowl of the soup. In case you were wondering what the size of the bowl of soup is, that's it.

It's huge! Probably an entire squash was used for this serving. It's made in-house. 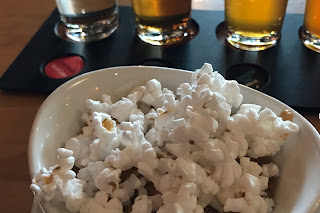 
So, since I'm sure you're not here entirely for the food, here are the beers. 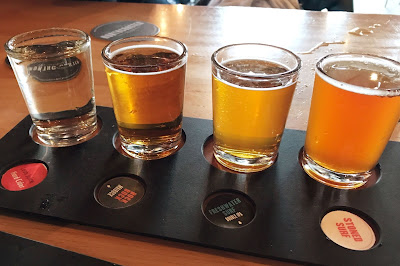 I decided to try the hard cider, which I was happy to see on the menu since there are some people (like Marissa) that do not like beer and solely drink hard cider. I also got the bobk bock, the freshwater surf, and the stoned surf. The stoned surf IPA was my favorite. I would probably get a pint of the surf IPA next time. 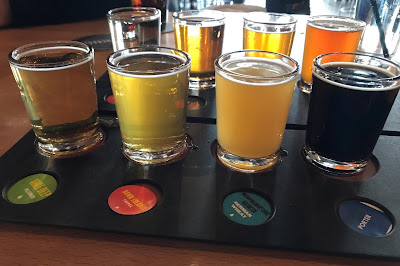 Left to right: ankle deep pilsner, dawn treader tripel, neoprenanzug malfunction, and then the foggy jack porter. My mom preferred the porter out of all the options, but she was a bit underwhelmed by her choices. Just as a side note (I'm no expert, especially since I don't like pilsners), the pilsner looks awfully light... 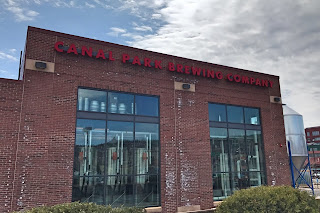 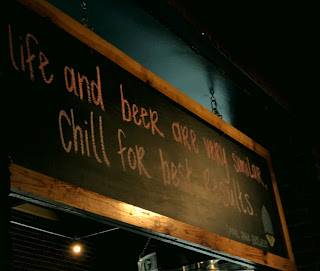 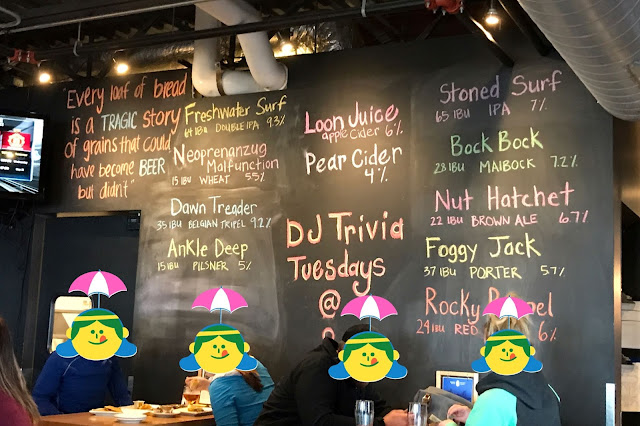 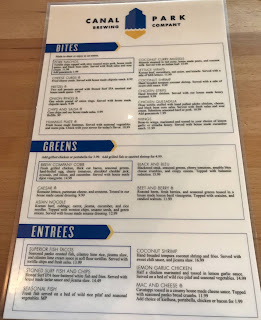 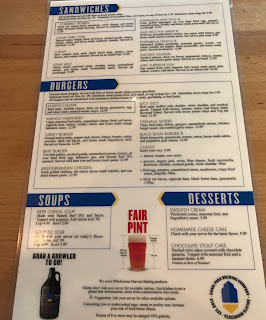 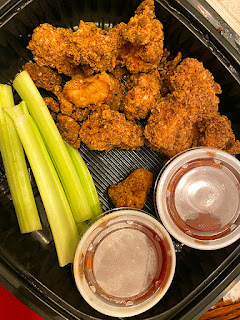