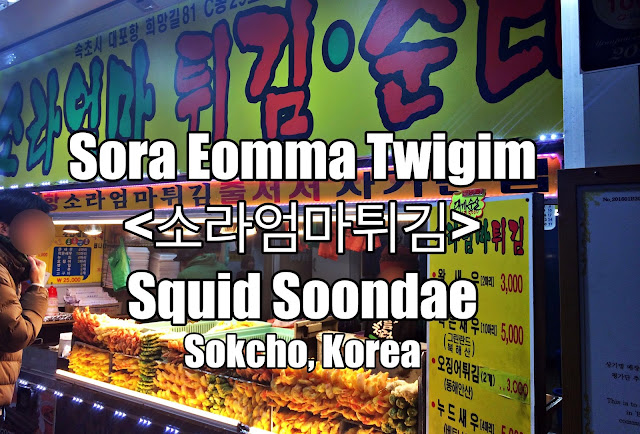 If you go to Sokcho, make sure you pick up some squid soondae (eojingeo soondae). It's one of the specialties of the city, so give it a try. It's pretty cheap, so even if it's not your thing, you can just say you tried it.

We ended up going to Sora Eomma Twigim (search for 소라엄마튀김 on a map) because it was super close to the hotel, but don't worry, it's also one of the more famous squid soondae places in Sokcho. 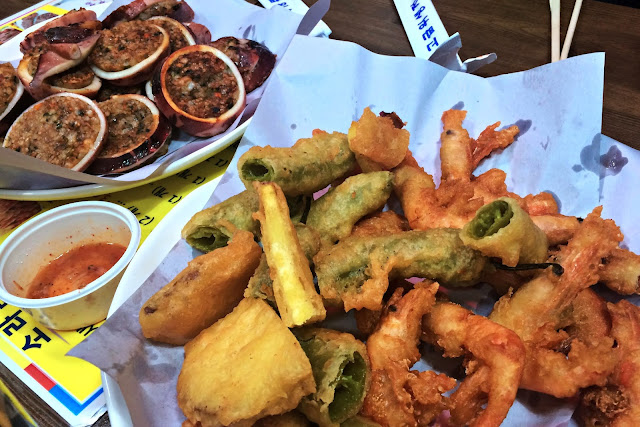 This is what we ended up ordering, We got the ojingeo soondae and an order of the shrimp and various other fried twigim since there were six of us. We had picked up beer from the convenience store and then purchased some soju from Sora Eomma. 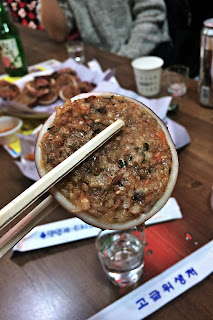 In case you're a little uncertain what squid soondae looks like (I was the first time I heard about it), here's a picture. Typical soondae is a sausage filled with stuffing like sweet potato noodles, ground meat, rice, etc. inside a sausage wrapping (or, more traditionally intestine). People get kind of grossed out because it is "blood sausage," but, these days, is is actually not that common to find true blood sausage. You should definitely try it and it's usually pretty cheap since it's a street food.

This is ojingeo soondae 오징어순대. Instead of a typical sausage wrapper, the filling is stuffed inside the ring of squid and then cut in more manageable slices for you to eat. You get an entire squid with your order, so it's a fun experience.

Sora Eomma Twigim also offers a North Korean-style soondae, so if you want to check that out, too, just ask for the 아바이순대 ah ba ee soondae. 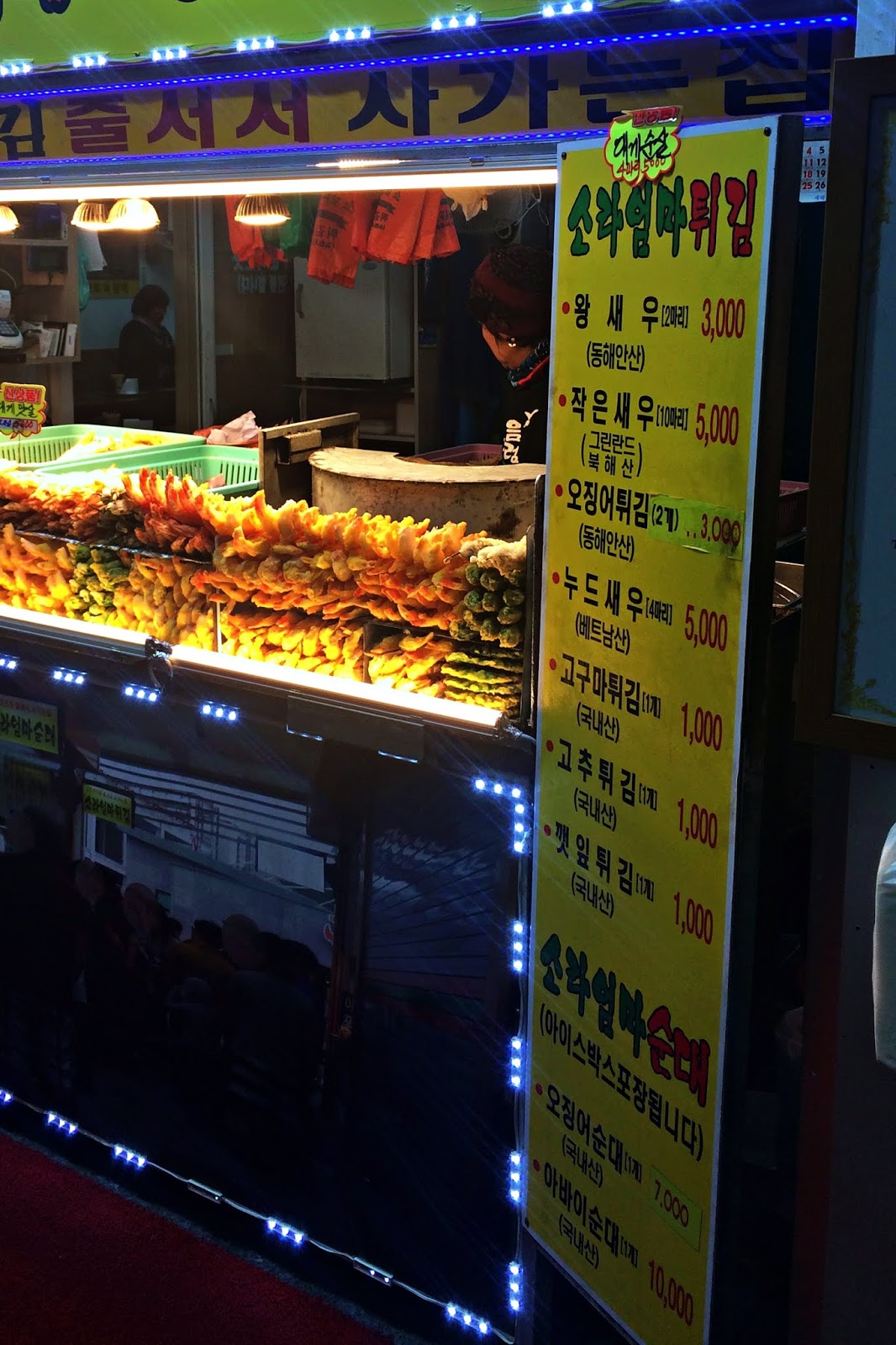 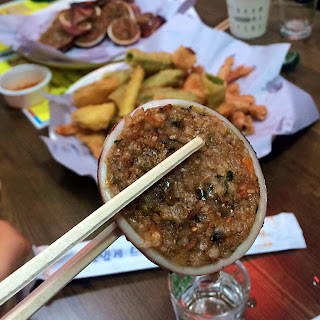 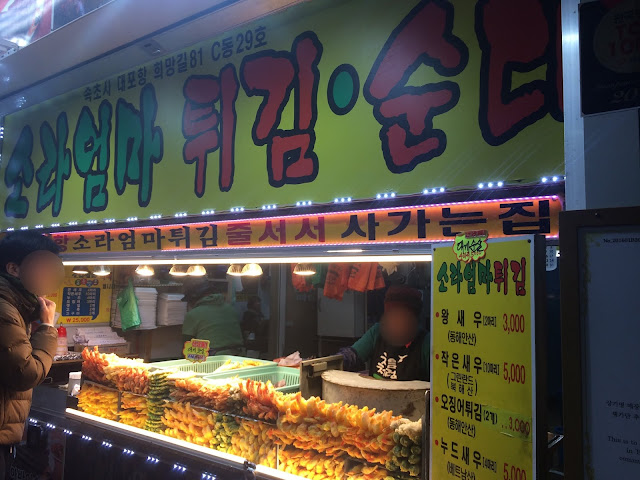