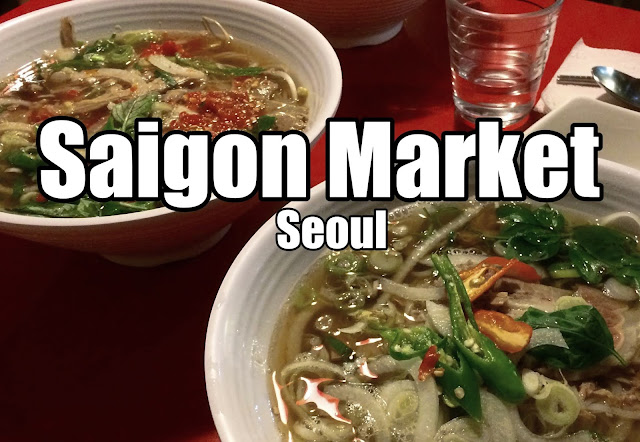 Another thing I like doing, much to the dismay of one of my friends, is trying out all the pho in Seoul. We stumbled upon a random restaurant one night, Saigon Market near Sookmyung Women's University.

Since this is a university area and not very touristy (as in, it's not even touristy for people from other parts of Seoul), the prices of everything is so much cheaper here...food, drinks, beer, clothes, etc.

But, with cheaper prices, does it mean that the food is less tasty? It's a hit and miss for me in this area, but luckily Saigon Market was a hit.

The food at Saigon Market was very delicious. One of my friends I went with still visits Saigon Market even now because she liked the pho so much. I would say that, in my opinion, the pho here is a lot better than pho I have had at some of the big chains in Seoul and the pho at Saigon Market is available at a fraction of the price. 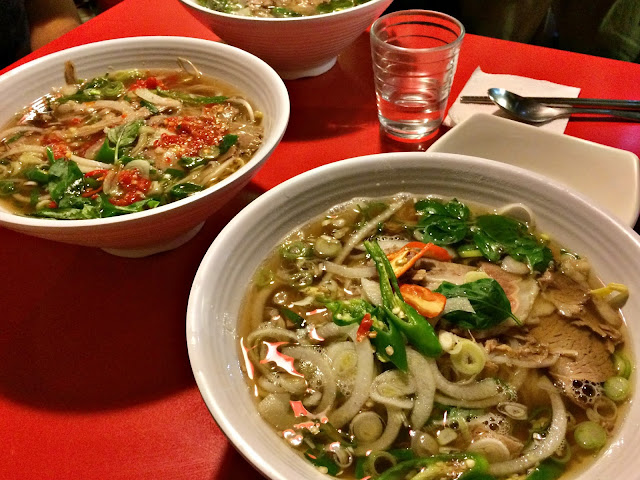 The portions are quite generous, however, you don't get as much meat here as you do at some of the other pho restaurants I have visited and enjoyed. The broth is quite flavorful and not very salty. They also proudly note that the rice noodles they use made freshly in Korea, making them fresher than a lot of other places that use the rice noodles that come in bulk packages from the factory.

The one thing I wish is that they gave the option of having cilantro. I guess most Koreans don't like the flavor, so sometimes Vietnamese restaurants don't even stock it for people who request it. 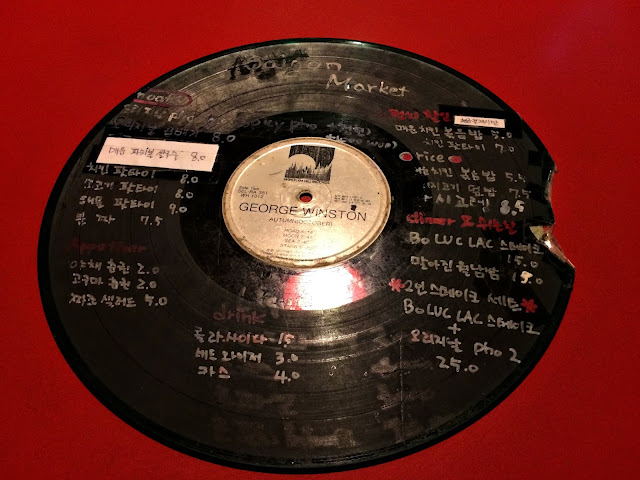 This is the menu and I didn't realize how difficult it is to read in the image. The lighting was kind of dark and the unconventional use of the record as a menu led to the writing getting worn off a little. 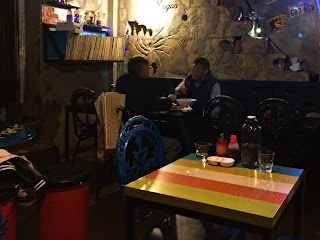 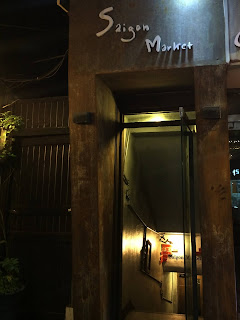 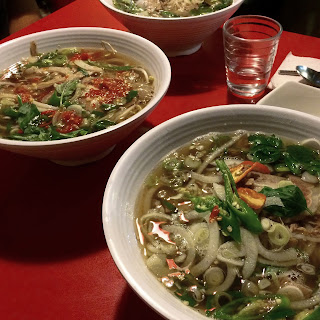