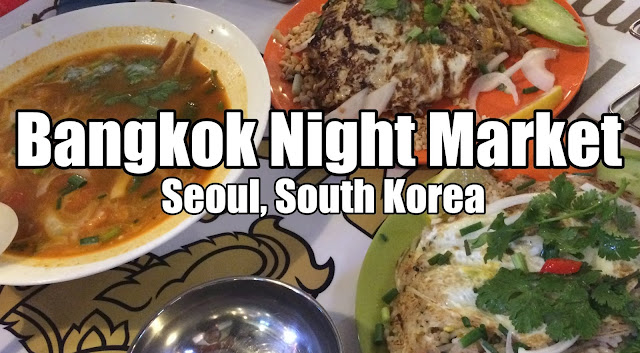 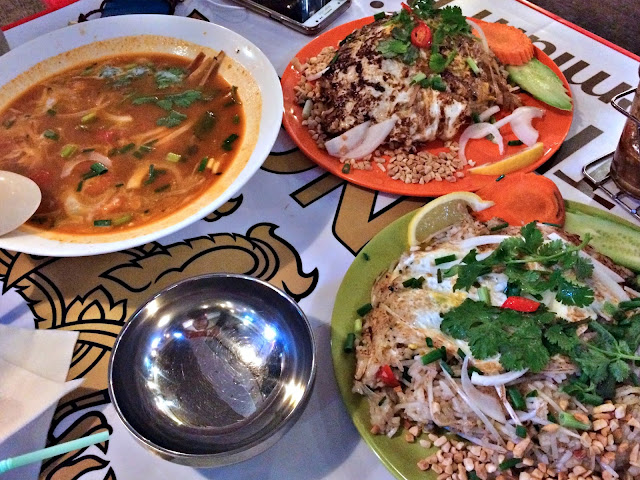 This time, we went semi-late (around 7-8 PM) and it was a weekday. The line wasn't too long, but we still waited around 30 minutes. Every other time we went, we went earlier and the waits were crazy, like 2 hours. I'm pretty sure the craze has kind of died down by now, though, but you never know with Korea.

For the price, the portions are quite generous. My friend and I definitely over-ordered this time because we were craving so many things. It ended up being okay because we left the restaurant very full, but still with a full wallet. I wanted noodles (obviously) and my friend wanted rice (that's her style) and we both kind of wanted a soup because we waited outside. 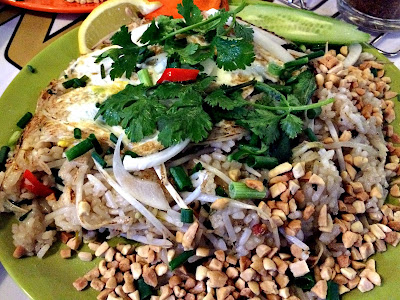 This is the Pad Thai. I wanted the Pad See Ew, but my friend had never tried it before and didn't feel comfortable ordering it for the table. The Pad Thai was pretty good, but I still think I would prefer the Pad See Ew more because I always find Pad Thai to be slightly too sweet for me. I have never been to Thailand, so I cannot speak to the authenticity of the food, but it does have a different flavor than I am used to from Thai food in America. There were also a TON of peanuts. My friend hated it, but Bankok Night Market also gave us a generous amount of cilantro. 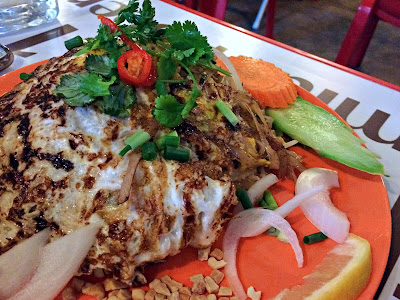 This is the Khao Phat. Even though I am a noodles over rice person, I actually preferred the Khao Phat over the Pad Thai (I mean, still undetermined if I would have had the same opinion if we would have gotten the Pad See Ew). The fried rice is topped with a very thin sheet of egg. We also squeezed the lemon a little bit over the top (not sure if that's what we were supposed to do, but they gave us lemon, so we used it...maybe it was just a decorative garnish lol). We would probably order the Khao Phat again, but probably skip the Pad Thai. 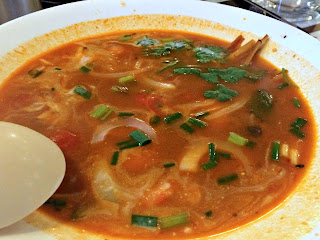 We also wanted something that was super flavorful and warm, so we ordered the Tom Yum Kung soup. The soup was exactly what we wanted. It was slightly spicy, slightly sour, and so rich in flavor. The ingredients were all quite fresh, which is also perfect. Bangkok Night Market was very generous with the number of shrimp they gave us. I was definitely expecting to get maybe 4 or so shrimp in this soup, but we definitely got way more than that.

I'm sorry that it's not a very photogenic food choice, but it was delicious and we would for sure order this again. I tried to take a little bit of a picture for you to see what was in the soup. 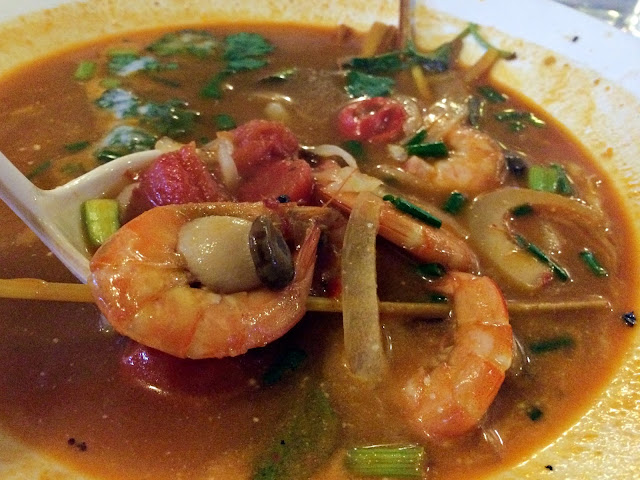 The restaurant itself is pretty small and there are only a few chairs available, hence the long wait. Also, the style is kind of like a night market, so they were taken aback when we didn't order a second round of food. They tried to make it look rustic and kind of grungy. I can kind of see why they did that, but... 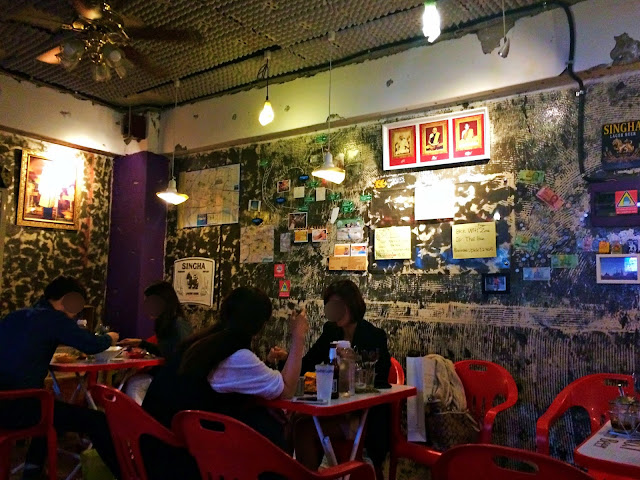 These are the pictures of all of the menu pages. There is English, for the most part, so I won't translate it for you. As always, click to enlarge the picture. 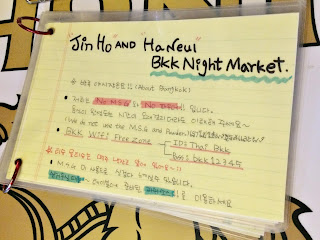 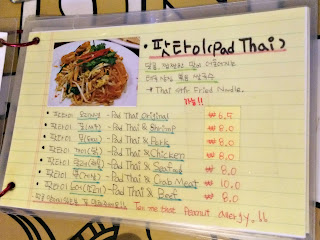 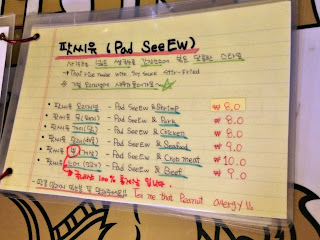 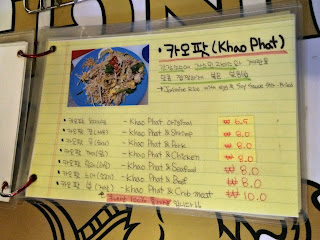 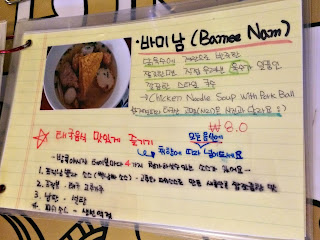 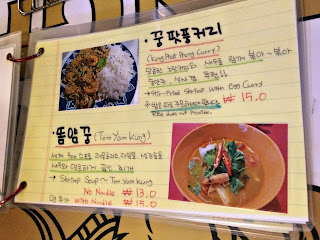 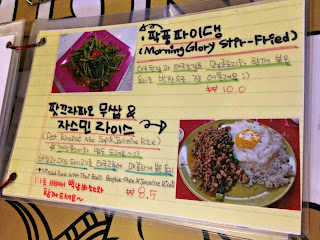 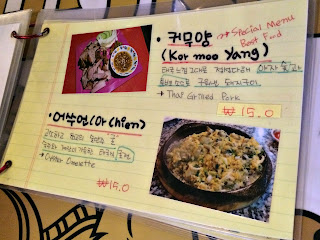 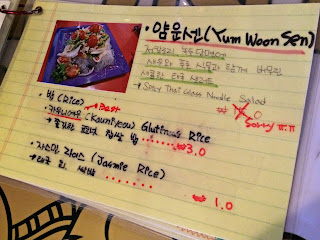 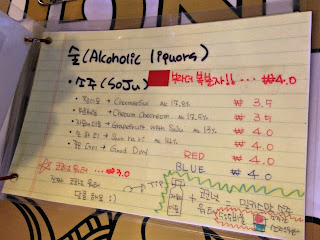 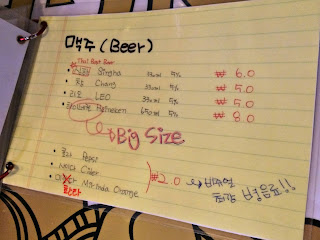 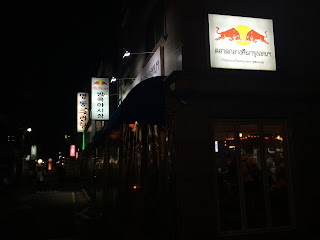 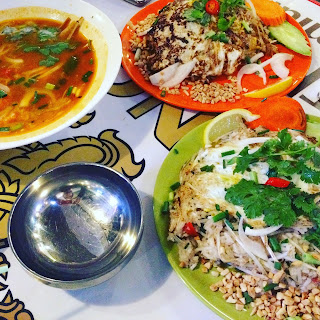