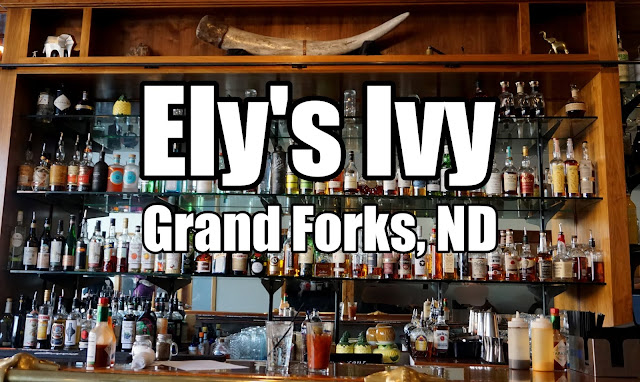 On our road trip from Minnesota to Winnipeg, the only option for lunch is Grand Forks (or Fargo). I never realized how much of North Dakota is full of absolutely nothing. I actually think this may have been the first time I have ever been to North Dakota for any period of time.

Since we decided on Grand Forks, we did some Google Maps searching to find a place for lunch that was going to be quick, local, and not just a hamburger and fries spot. So, that's how we ended up at Ely's Ivy. This has a very subtle elephant theme and I am sure there's a story behind it, but it wasn't super in-your-face elephants everywhere. 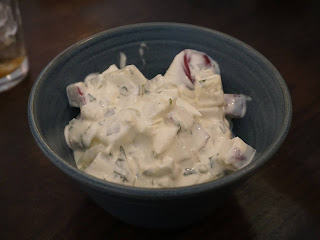 My mom wanted to order the Pear, Brie, and Prosciutto sandwich, but that was again "sold out" for the day. So, she had the blackened chicken sandwich with potato salad. She substituted the brioche bun for sourdough just because she was craving sourdough. She would likely go with the brioche bun next time to just add a little flavor to the sandwich. The potato salad the day we visited was mainly mayonnaise, as you can see in the picture. It may differ from day to day, but this is what we were served. 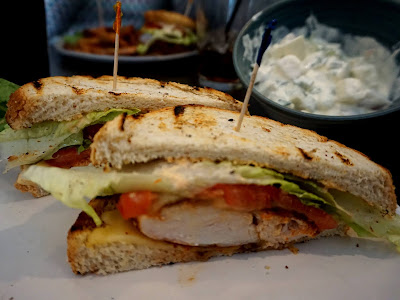 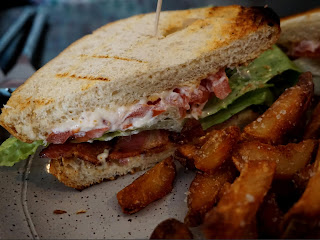 Marissa got the BLT with the hand cut fries. She wanted to try the tater tot fries, but they were somehow "sold out" that day even though we were there for an early lunch. She liked the sandwich and noted that the bacon was quite crispy and the bottom bread was not soggy like sometimes happens when a warm sandwich sits on a plate. It may have just been the day that we visited, but the fries were super duper salty. She did like how they were fried, but wished that the salt level was at a 25%. 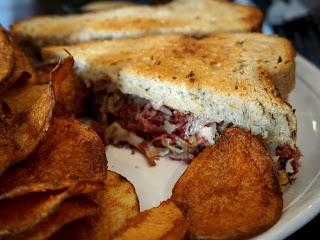 My dad is always tempted to order a Reuben sandwich if there's one on the menu. The grilled rye bread with loaded with plenty of corned beef and topped with Swiss cheese and sauerkraut. Even with all the corned beef, kraut and cheese, the thickly sliced bread held together. The sandwich was served with a side of Red River Valley Chips, lightly seasoned and crispy. 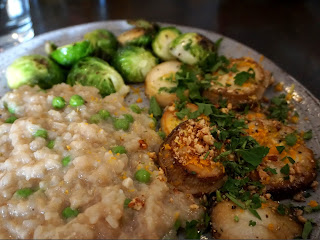 I ordered the Vegetarian "Scallops" as my meal. Everything was cooked well, but I wish that there had been more of the "scallops" aka mushrooms on my plate. There were about 8 pieces that were about the size of a half dollar coin (if you know what that looks like) or a Snapple lid. I liked that they had such a substantial and unique menu option on their lunch menu. I am also obsessed with Brussels sprouts, so I was so excited that I could get some with my lunch. I would say, however, that my meal was SUPER salty (minus the risotto). It kind of tasted like the cook may have bought stock in Morton Salt recently. I do wish that there had been more pepper or some other flavor in my food. This could have just been an off day, but this was just my experience of the meal I ate. 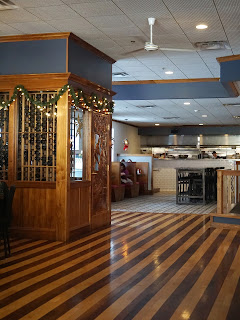 Overall, we were not impressed by the food the day we visited. Perhaps we were unlucky since it was the holiday time and maybe the staff were different than usual. The Google Reviews seems to suggest that we were, in fact, unlucky with timing.

If we drive through North Dakota again en route to Canada, we would probably stop by Fargo instead, so I am not sure if we would ever have the chance to dine at Ely's Ivy again. 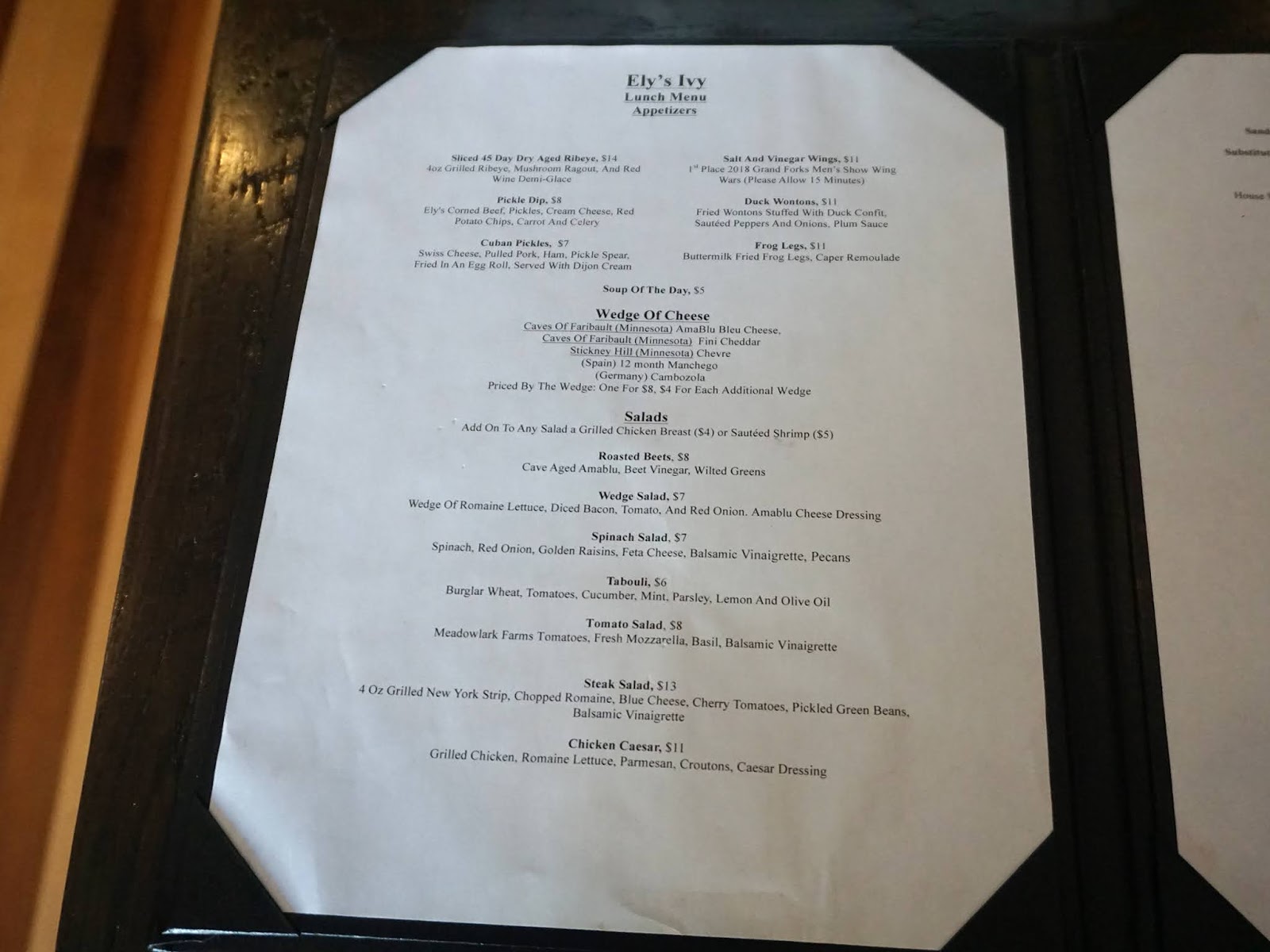 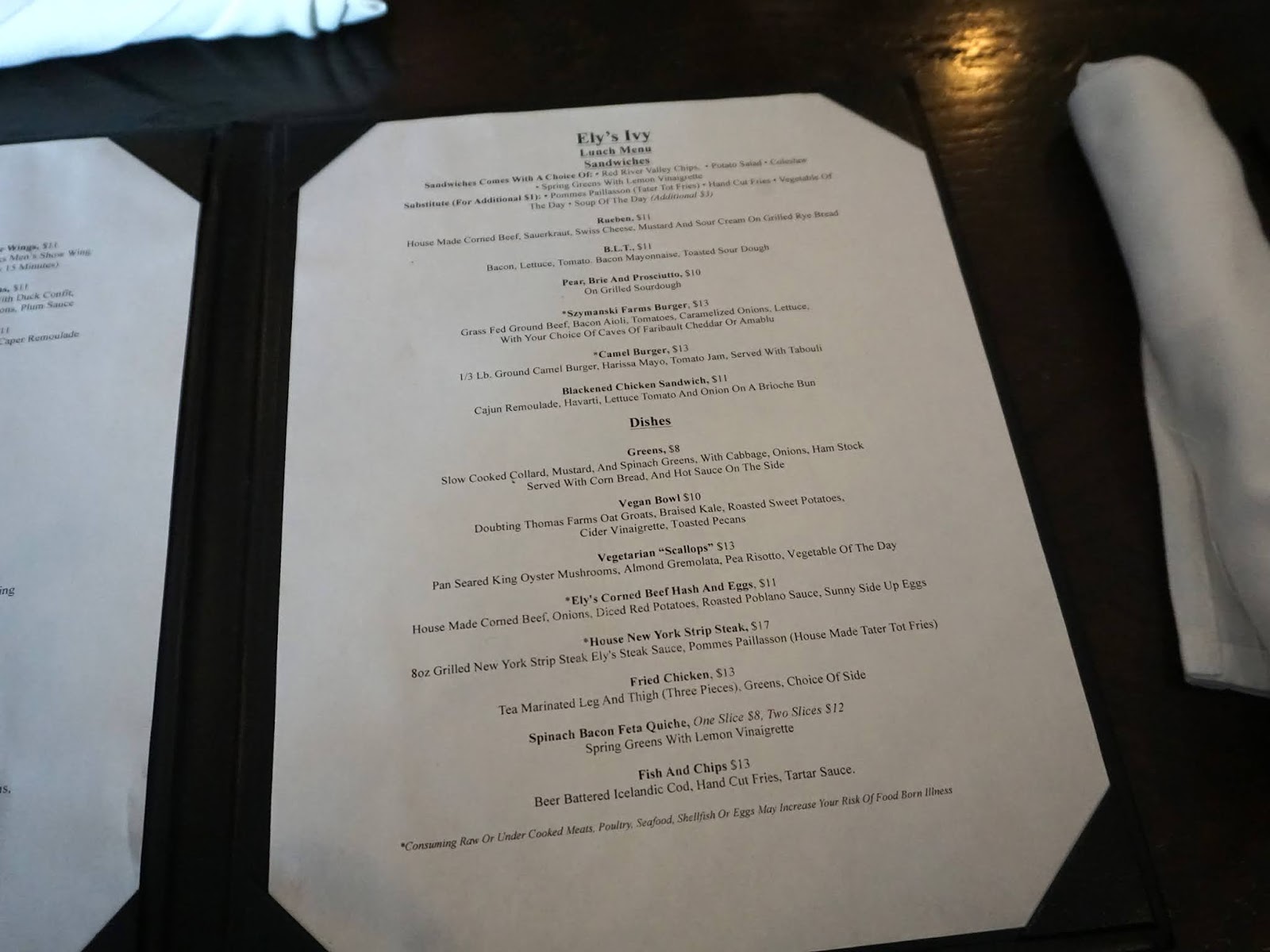