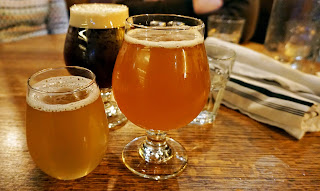 Brazen Hall Kitchen and Brewery was the first restaurant we ate at to start our trip. It was refreshing to start it off on a good foot!

Brazen Hall Kitchen and Brewery had some of the best food we've had at a brewery. It may have actually even beat out Surly Beer Hall in terms of food. 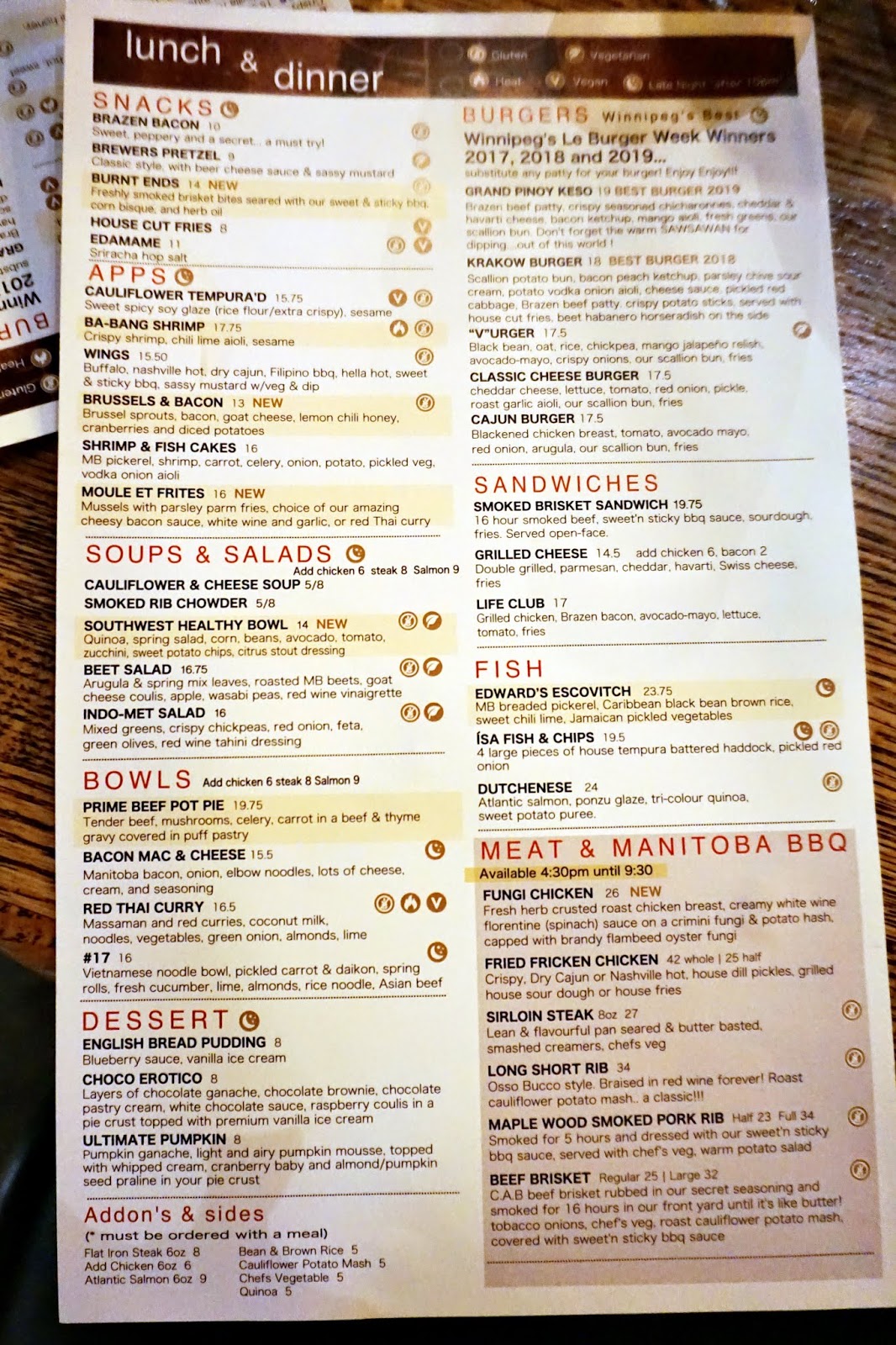 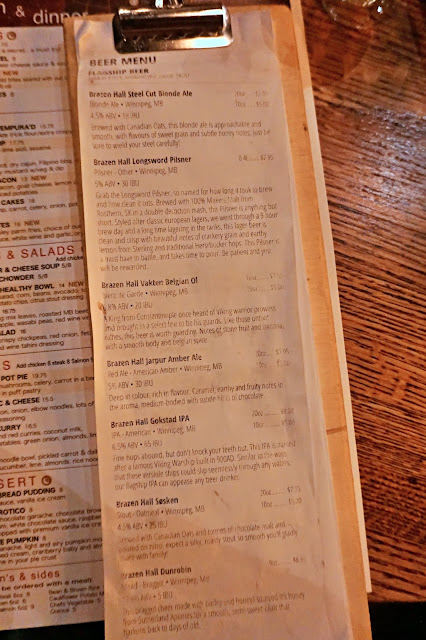 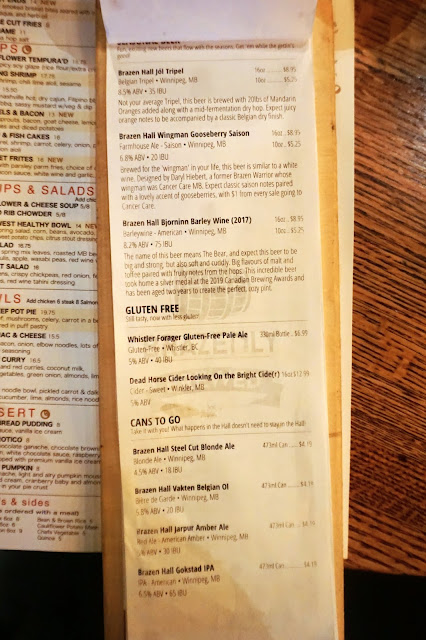 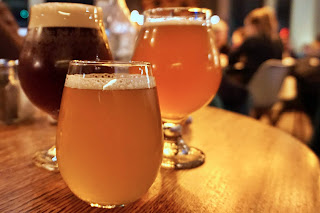 The drink in the front is the mead. I really enjoyed it. Most meads tend toward over-sweetness. This mead, however, was balanced well and had a crisp taste.

In the back is the Barley Wine, which was smooth and a little on the fruity side, but a very pleasant and soothing.

The back right beer is the Tripel. I typically order Tripels when I see them on the menu because I like the malty and strong, dry flavors. This Tripel was a pass for me. I even gave some to my dad and he doesn't like alcohol at all (even beer) because of the flavor and he said that it was "very drinkable" and he made zero face (he always makes a face when we give him a taste of our beers). I would probably equate the flavor of this beer to something like a Coors Light. 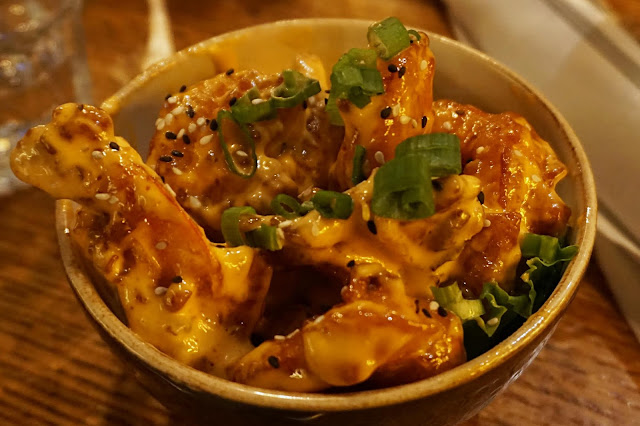 This Babang Shrimp dish, which Mike ordered, had a sauce that was tangy and bright. The crispiness and the balance between the aioli lime sajce was perfect. The shrimp was very tender. 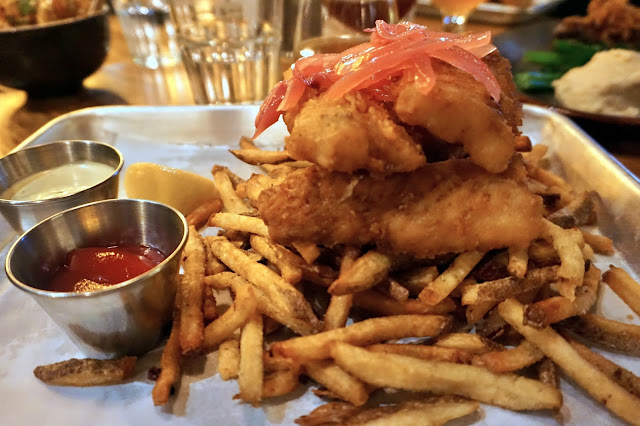 This is the fish and chips topped with pickled onions. The best part of this dish was the fish--it was breaded and fried really well. It remained crispy and the breading didn't fall off as I was eating it. The fries were also good. 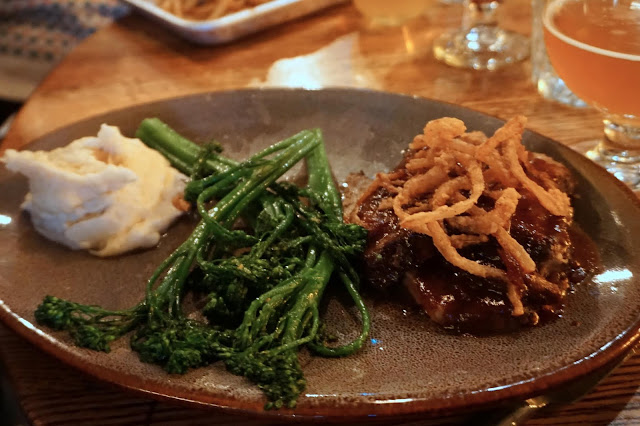 The brisket (this is the regular size order off the menu) was extremely tender, melt in your mouth and not overpowered by the barbecue sauce. The rich flavor of beef dominated the meal. The roasted cauliflower and potato mash was very flavorful, with tender broccolini that added just a little crispiness. 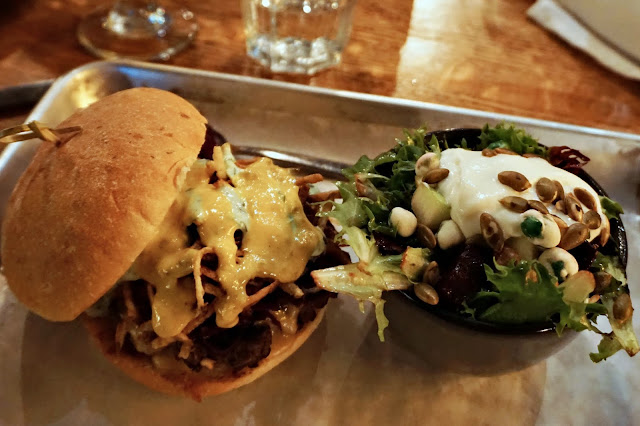 This is the Krakow Burger, which won Best Burger 2018, and I opted for the Beet Salad instead of the French fries. Honestly, everything of this burger sounded delicious because I love me some designer burgers. 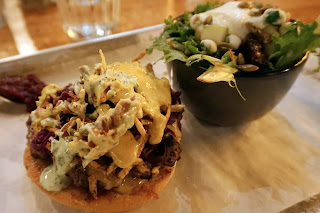 The major draw for me was actually the scallion potato bun. I knew I had to get at least one burger during our trip since isn't that what Canada is known for? Burgers and poutine? On top of the delicious sounding bun, there's a fresh burgerpickled red cabbage (I was a little worried about this one), potato sticks,and a smattering of sauces. I am happy to report that the pickled red cabbage wasn't super pickled. It was a nice fresh pickle (if you've read for a long time, you know I don't like pickled foods). 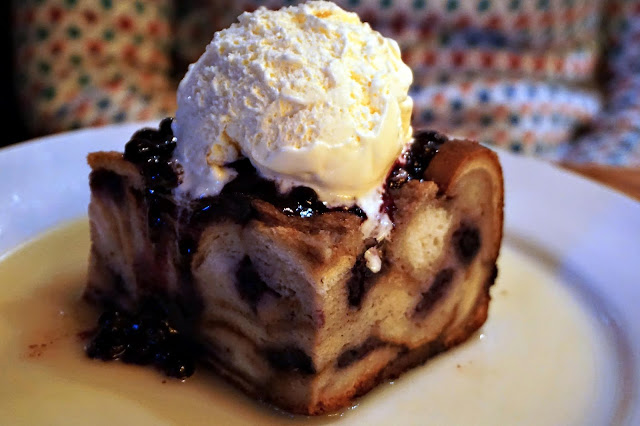 The bread pudding desert was massive! It had blueberries inside and a compote on top with vanilla ice cream. I enjoyed it but I'm glad I had people to share it with. The fresh blueberries mixed very well with the bread dough.

Overall, definitely add Brazen Hall Kitchen and Brewery to your itinerary for the food, but pass on the beer. The food was top notch. The beer, although there were a ton of options, was forgettable.

The one exception would be if you're a mead fan because it's relatively difficult to find mead on a menu. 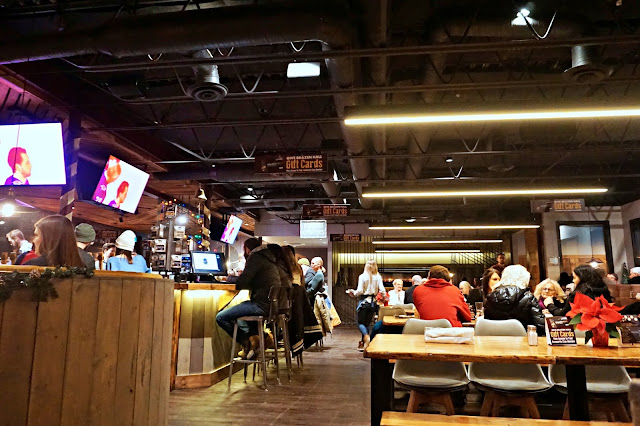 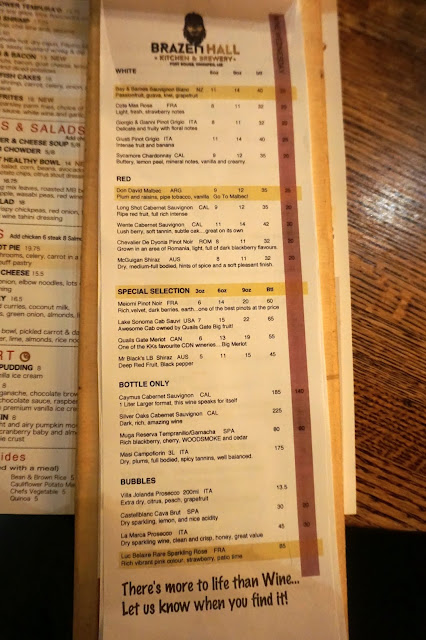 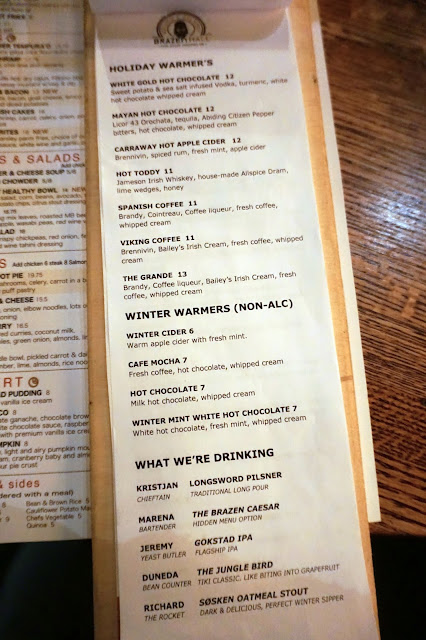 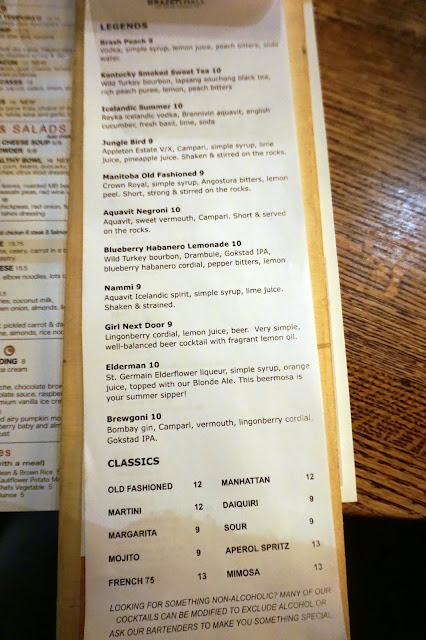 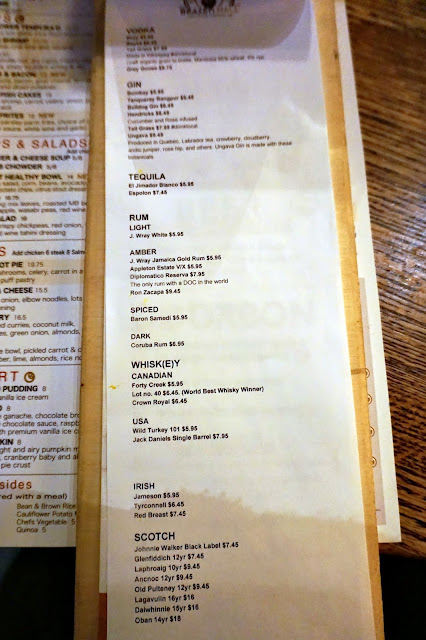 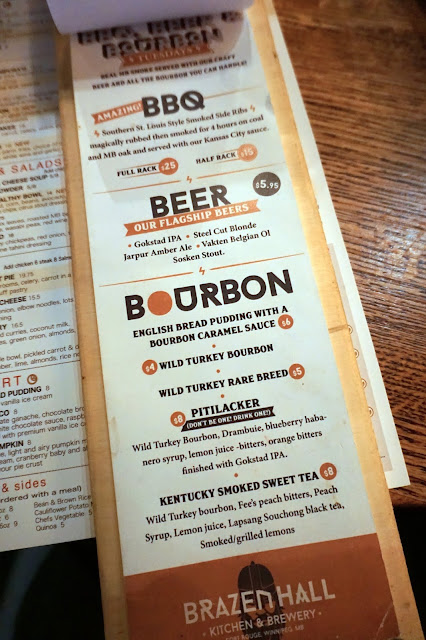 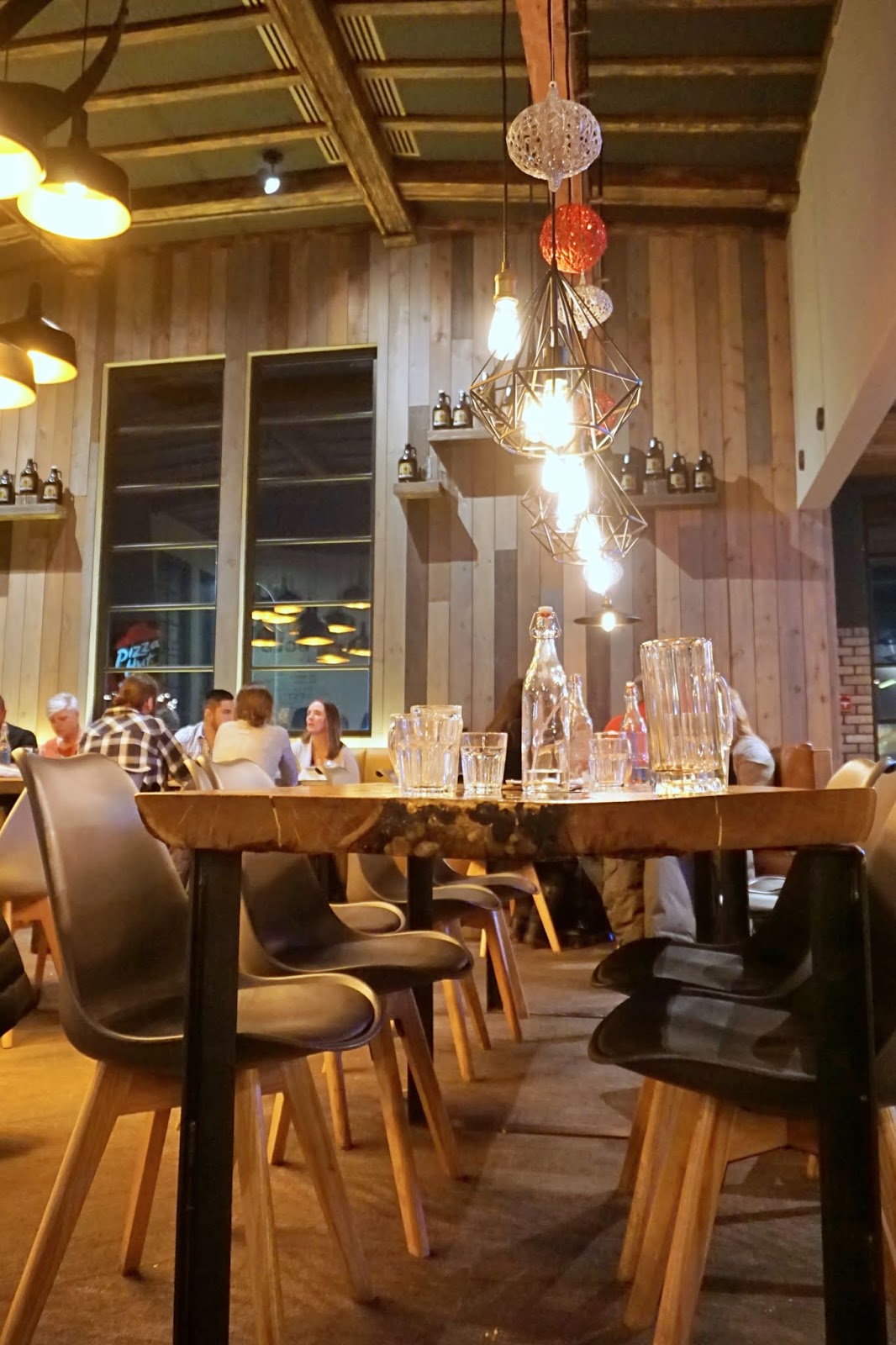