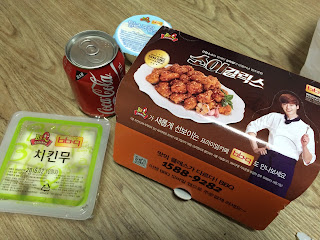 I decided to try BBQ Chicken's version of Sprinkle Chicken.


Since only two of us were eating, we got the boneless version. It makes for easier clean up and also it's easier to heat up leftovers, in my opinion, if there are no bones.

The portions were very generous at the BBQ Chicken and we were given a can of Coke as service.

The strangest thing for us was the sauce that came with it. The sauce was a whipped sweet cream sauce. Although I rarely show it, there is also a sauce that comes with the sprinkle chicken at BHC. It's a sweet sauce, but it doesn't taste like whipped cream (to me). I don't typically eat the sauce at BHC, but decided to try the sauce at BBQ just for the sake of science.

Overall, this was an okay option, but we both preferred the BHC version over the BBQ version. In a pinch or if BHC isn't in the area, the BBQ version would be okay. 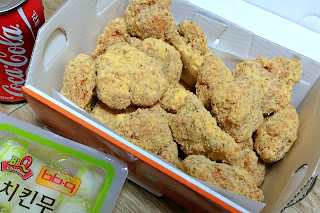