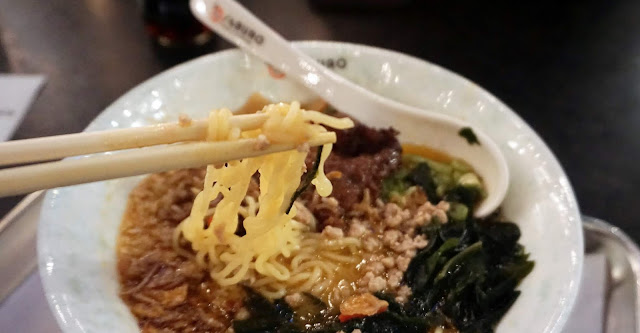 I want to let you know where to eat by Bell MTS Arena before or after a Winnipeg Jets game.
Menu pictures are included, keep scrolling down.

I was so lucky to find out that Hargrave St. Market just opened a week before my family's trip to Winnipeg. We were trying to find a place to eat before the Manitoba Moose game.

Hargrave St. Market is literally across the street from the Bell MTS Arena. Too cold? No problem. It's attached to the arena via the indoor skyway, which will protect you from the elements.

Scroll down to see the menus!

Tl; dr:
Since I live in NYC, I am used to food halls being extremely overpriced with meh food that is just Instagram-friendly. Hargrave St. Market is not one of those rip-off food halls! The food is still Instagram-friendly! But, the food is reasonably priced and made freshly, so I didn't leave feeling a little less than stellar about the money I spent. If you're going to Bell MTS Arena for a game or just meeting friends downtown, this is a great spot for you because there is such a wide variety of food options so that everyone in your party will be happy and full!

Miss Browns
From my research of Winnipeg, Miss Browns seems to be a pretty popular local spot for brunch and smoked meats. So, if you're not able to make it to the original location, this will be a great option for you to check out the sandwiches and brunches of fame. 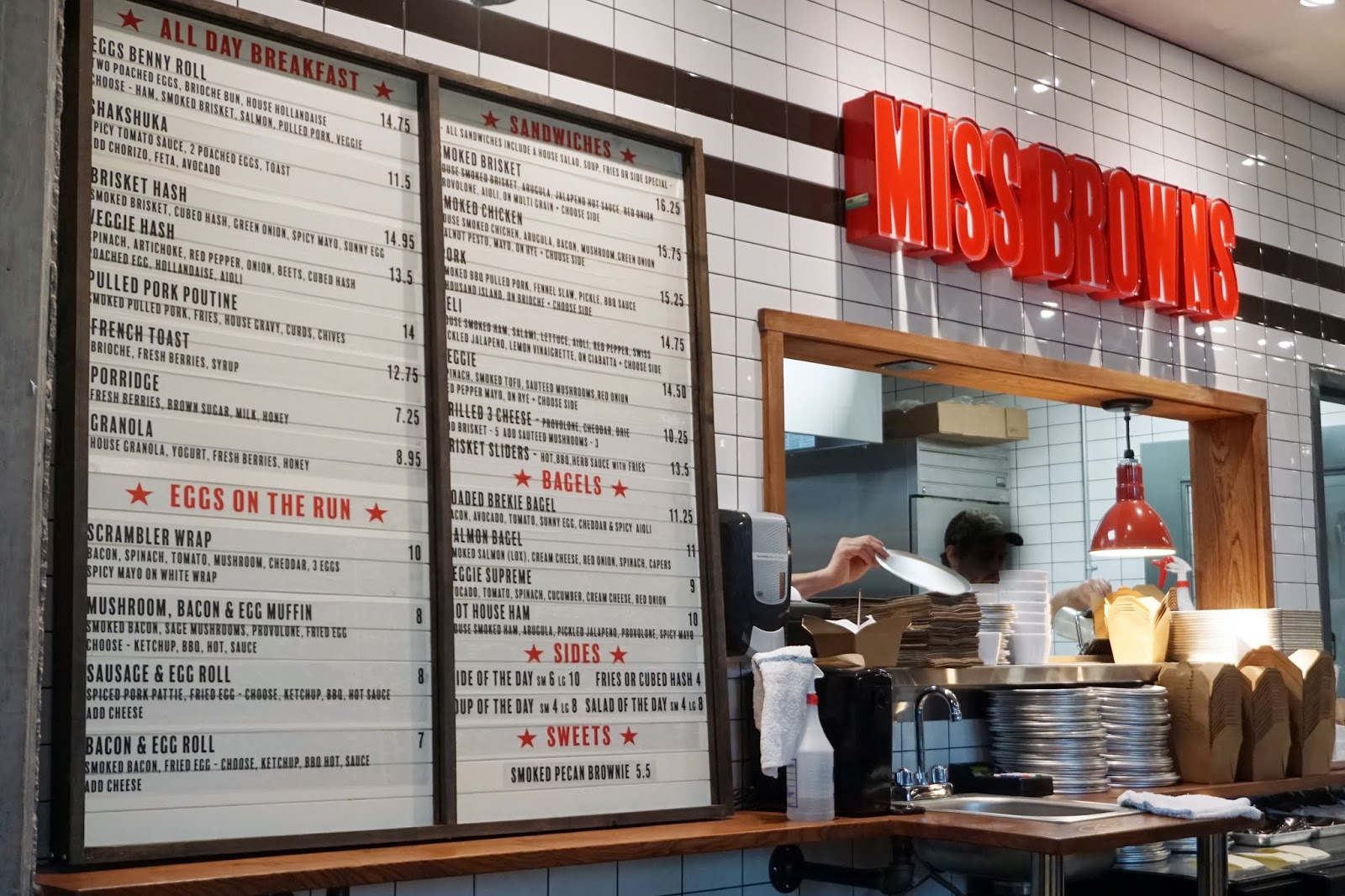 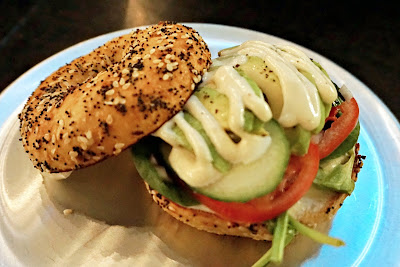 This is the Veggie Supreme Bagel. There were so many wonderful sounding sandwiches on this menu that I went with my favorite loaded veggie bagel, just so I'd have some experience to help me review it. It was wonderful. All of the vegetables were fresh and crunchy. The everything bagel was light and flavorful. When I go back, I'll try the eggs on a bun options, but for this first trip and a first impression, Miss Browns stood out as getting the favorites just right. 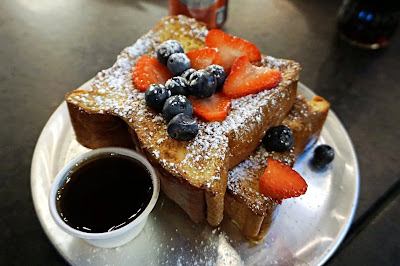 This is the French Toast from Miss Brown's at the market

It is two pieces of thickly sliced brioche with fresh berries and maple syrup.

Overall, it was pretty good. The brioche was cut into large pieces and the flavor was super good. The bread was very fresh and fluffy and the egg bath was quite light, which was also nice. The berries were also fresh, which I also liked.

The one downside of the French Toast was that it was kind of big for the size of the plate. The plate works well for a sandwich because you're not cutting them, but with the French Toast, it was somewhat difficult to cut on the small plate. If I go back, I would like to try something different. I was just craving brunch/breakfast food because of the time of day we ate. Meredith's ramen looked and smelled really good. 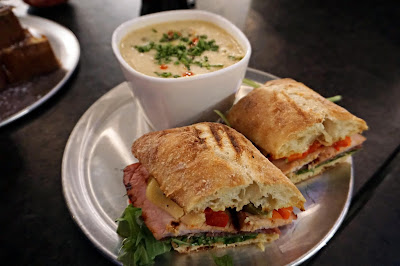 This is the Deli Sandwich and cheesy soup of the day. The ciabatta bread was fresh and light and airy, and held up to the sandwich without becoming mushy. The meat and vegetables were fresh and flavorful. The soup was hearty and lightly cheesy.

Saburo Kitchen:
The chefs of Saburo Kitchen are also chefs behind the two other Japanese reataurants in Winnipeg - Yujiro and GaiJin Izakaya. Saburo Kitchen offers ramen, donburi (rice bowls), and a variety of small plates/appetizers.

I was the first customer of the day, but I can say that this was probably the most popular restaurant in Hargrave St. Market the day we were there. 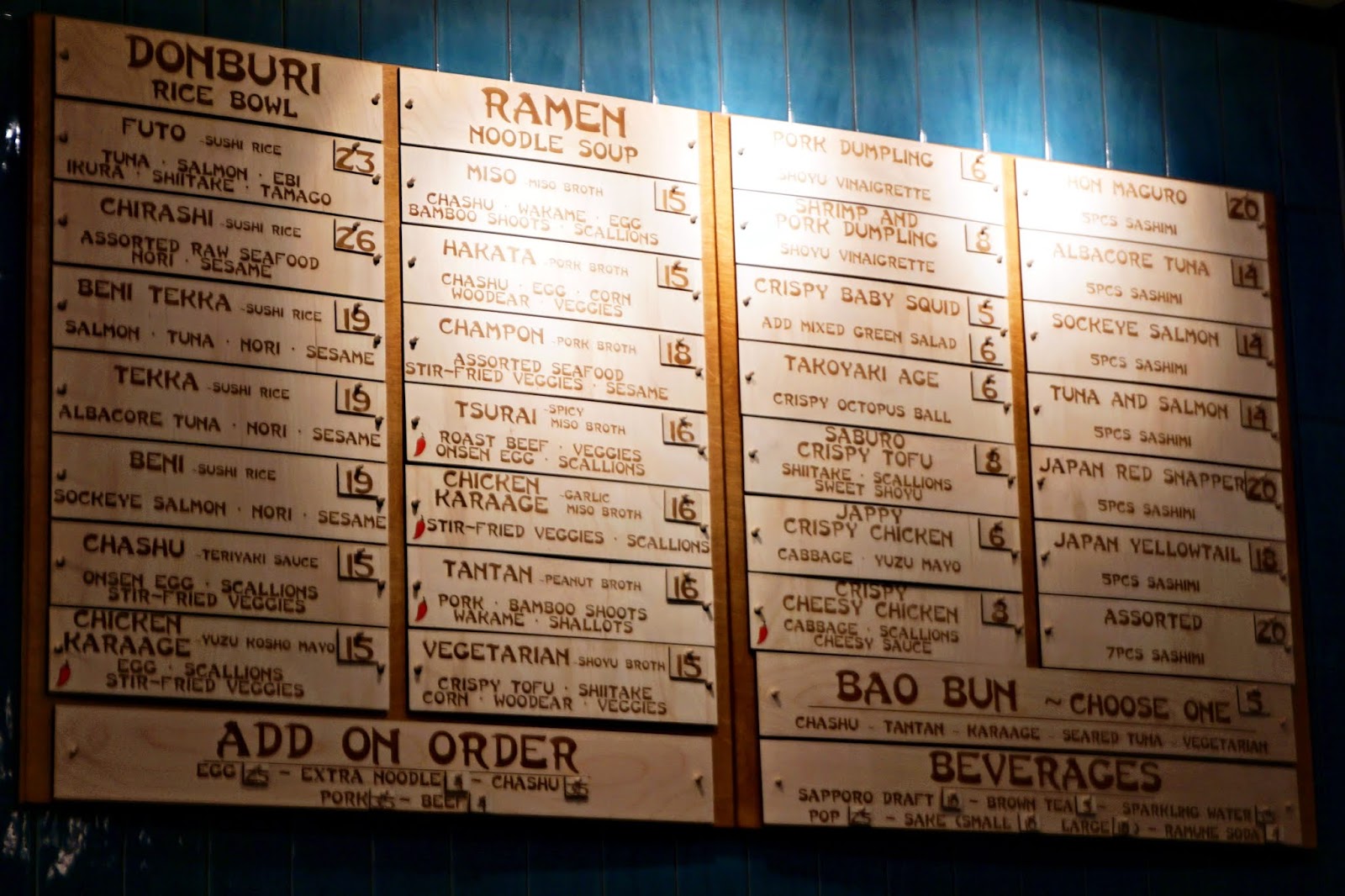 If you have read for a while, you know that I am able to eat pork broth-based ramens. So, I was very appreciative that there were a variety of broth options. I was bummed that the Champon Ramen was pork broth-based. If we weren't going to a hockey game, I wasn't going to risk it. 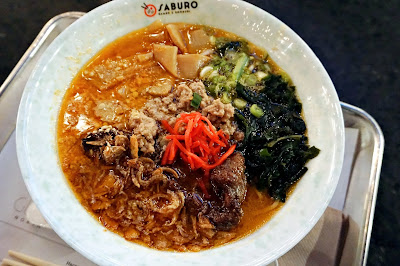 That being said, I decided to go for the Tantan Ramen and decided to risk it with the pork in the ramen.

I'm on a personal mission to try all the Tantanmen on menus. The Tantan at Saburo was very impressive. The flavor was very deep and complex without it tasting far too rich. It had a very rich flavor, but it wasn't sickenly rich. All of the toppings were very fresh and melded together so well.

On top of there being ground pork, there's also a marinated pork patty in the Tantan, too. I ate about half of it before giving it to my mom. I wish I was able to eat pork well because I would have definitely finished the pork patty. The pork was marinated and was somewhat sweet.

See below for a shot of the noodles. They're thin/wavy ramen noodles. You are not able to customize your noodles. 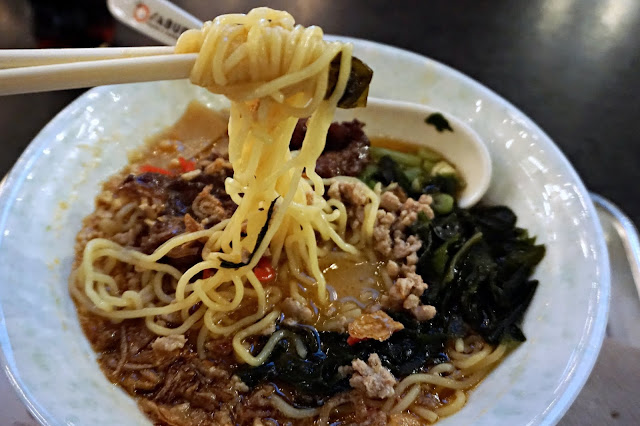 Service wise - they do make the food to-order, so you do have to wait, but it's quite quick and I appreciate that everything is made fresh. You're given a buzzer that will go off when your food is available to be picked up.

Menus from the other restaurants at the food hall: 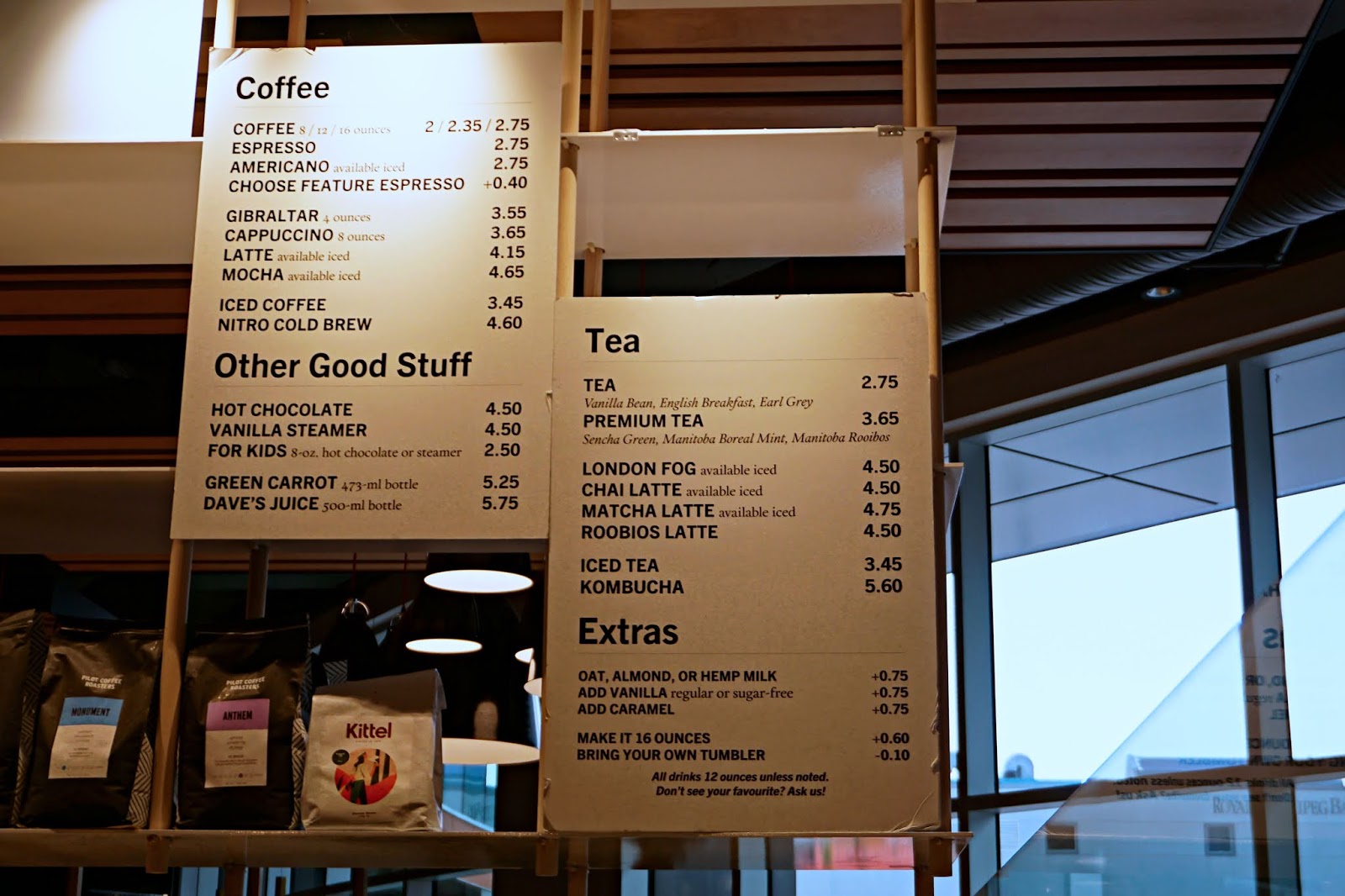 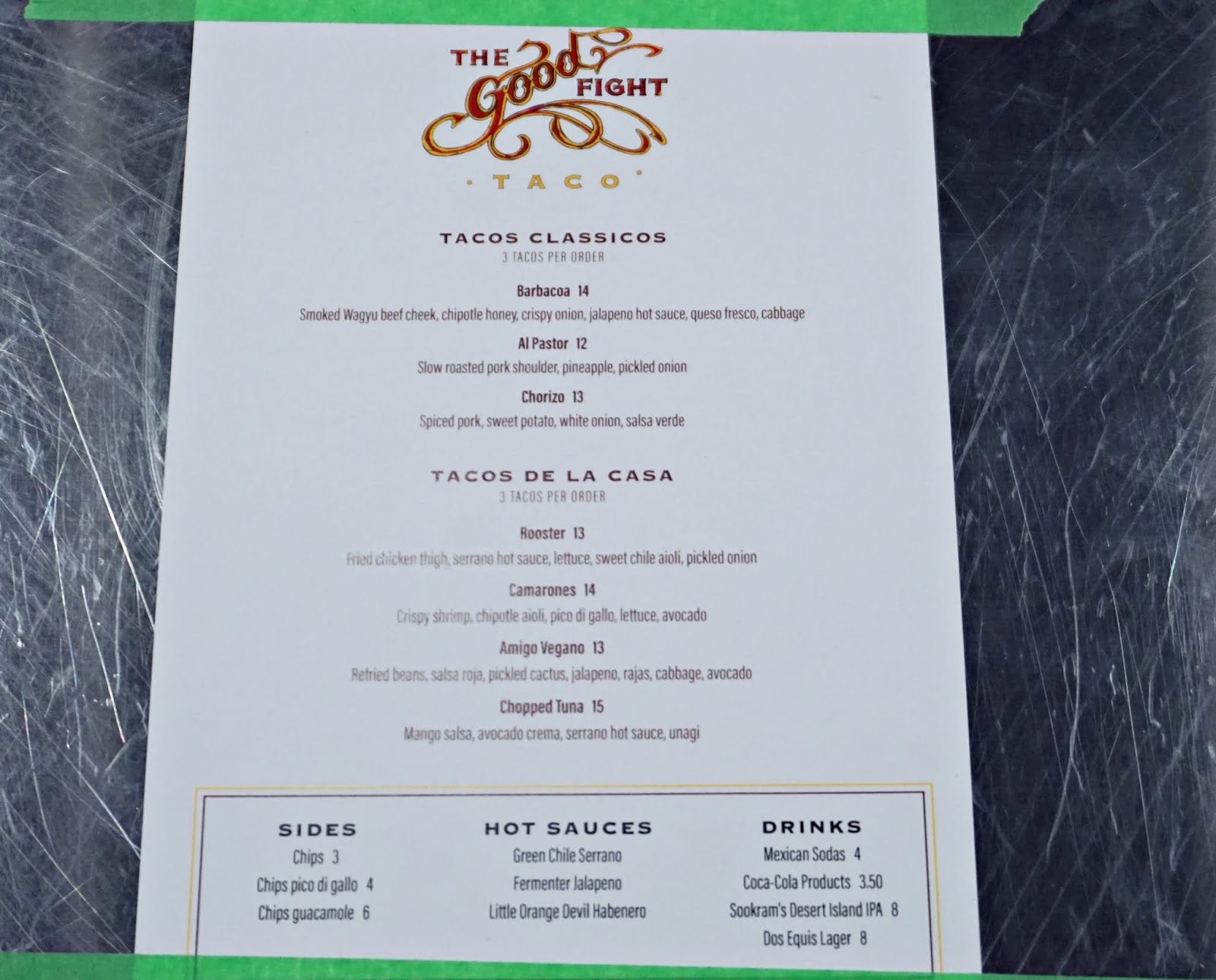 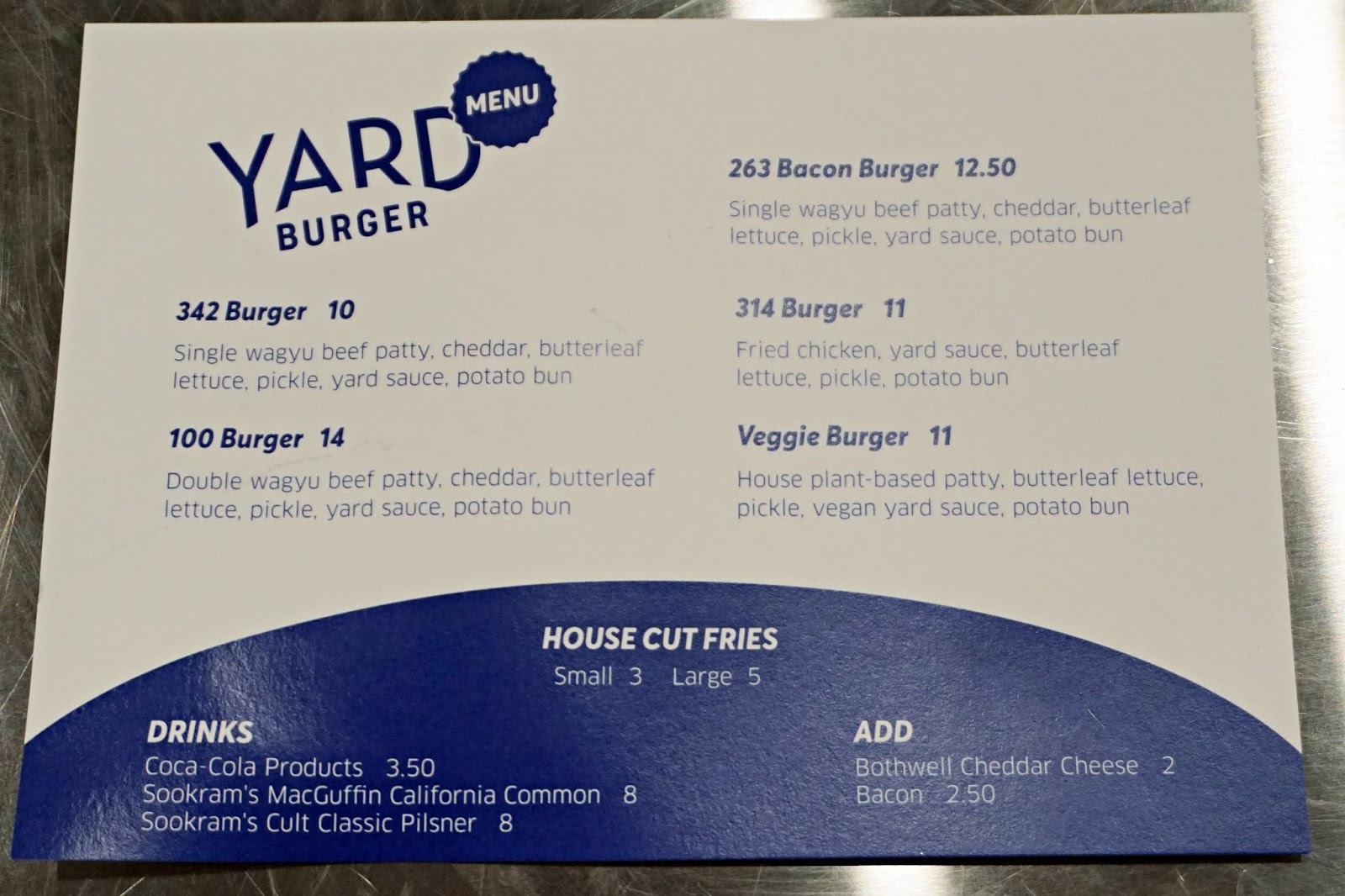 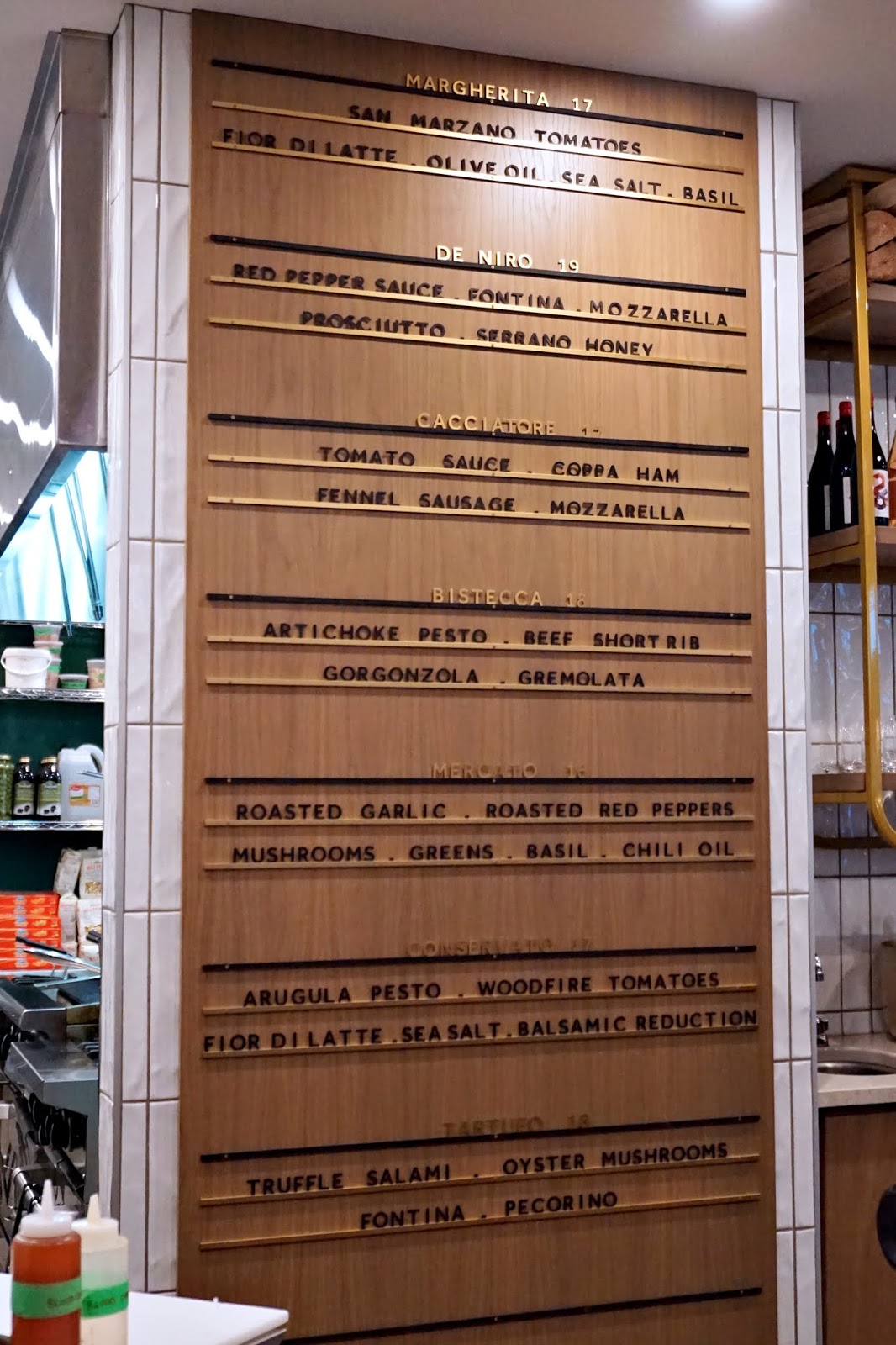 Rose Bar and Lake of the Woods Brewing Company:

I wasn't able to take a photo of the bar and what was on tap at Lake of the Woods Brewing Company because there were too many people at the bar and, as you know if you've been reading for a long time, I try to keep people's faces out of my posts without their consent.

Overall, I really liked the variety of food available. The portions were normal restaurant-sized portions and all of the food was made to order. The prices seemed pretty on par with the restaurants' other free-standing restaurant locations, which I thought was really great. The one thing I noticed, however, is that there's no dessert restaurant. Maybe it's a Canadian thing to not have dessert, but I personally feel like there should be one dessert location in the market hall for people who are craving something sweet. I, personally, didn't mind that there wasn't a dessert restaurant because I'm not a sweets person, but I know there are plenty of other people who would appreciate something like an ice cream, cake, or cookie to finish off their meal.