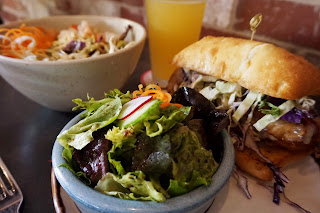 Goen by Roy Yamaguchi in Kailua was a savior for us!

We were waiting at a different restaurant outside for so long and were beyond hangry...the longer we waited the more and more worried we were getting that the food there was going to be disappointing.

So, we headed back in search of other food options and I had hoped beyond my most highest hopes we didn't end up with a chain restaurant. Out of nowhere - Goen appeared. Actually, I had seen Goen on our walk to Boots and Kimo's from our car and had made a mental note.

The decor is very modern and open. When we were there, it wasn't very busy, which was perfect for us because we wanted to have a nice, chill lunch with conversation. 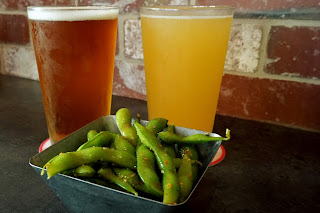 My mom got the Waikiki Brewing English Brown Ale and I got the Pineapple Cider. The meal also starts off with complimentary seasoned edamame.

Let me just say that it was not smart for me to get alcohol after sitting outside in the sun for so long waiting at the other restaurant. So, I drank maybe about 1/4 of it before realizing that I had made a mistake.

That being said, it was delicious and I know Marissa would have loved it had she been there. It was somewhat tart and sassy, but had a nice flavor to it without it being sweet. When it first came out, I was worried it was going to taste like pineapple soda (I actually love Pineapple Fanta - buy on Amazon), but it didn't! My dad actually ended up finishing the Pineapple Cider and he loved it, which is pretty rare for him to love an alcoholic beverage.

I could see the Pineapple Cider being slightly dangerous because it doesn't really taste alcoholic, but it definitely was! 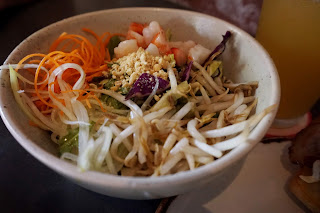 My mom and dad both decided they wanted the shrimp salad. It was a rice noodle salad topped with a bunch of fresh vegetables and some shrimps. The vinaigrette was nice and light and fresh. The slight acidity was great and made the vegetables that would normally be quite bland (cabbage and bean sprouts) very flavorful. Everything had a nice crunch and each bite was delicious from the very first bite the the very last.

The rice noodles added a little bulk to the meal, but it wasn't overly filling, so that was very much appreciated. The shrimp in the salad were all so fresh and tender. You could taste every ingredient in the salad. 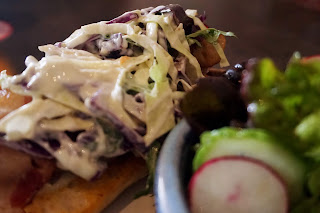 I decided to go with the Market Catch Katsu Sandwich. 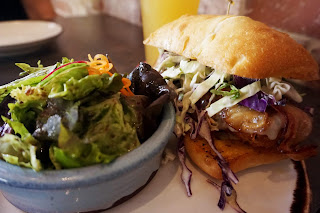 This was a massive sandwich! You could definitely share this among two people and each person would still be full in the end (my dad actually ended up helping me finish it). The fish was so fresh and the breading was so light, but somehow so crispy. I loved the slaw and even though I'm not a mayonnaise fan and aioli is so mayo-adjacent, I even loved the aioli, which had a slight citrus flavor.

The side salad was also so good and fresh! OMG I almost forgot the ciabatta bread. It was so fresh and fluffy. I definitely decided to go with an open face sandwich, but don't worry the top of the sandwich didn't go to waste at my table because that's just how good the bread was! 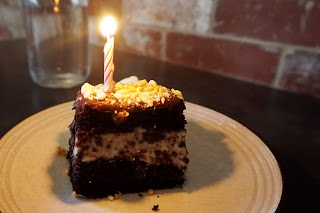 They also surprised me with a slice of birthday cake, which was so nice of them. I am not a fan of chocolate usually, but maybe I just have very specific tastes in chocolate (I've come to this realization after 3 decades of life and after about 2.5 (or more) decades of saying I don't like chocolate). This cake was SO GOOD! It was not sweet at all! So I loved every bite that I had. I wasn't a jerk, so my parents also shared it with me. They also loved how the chocolate flavor was more of a savory chocolate flavor and the texture was so melt-in-your-mouth smooth even though it was a cake!

I don't know if it's on the menu, but if it is, definitely, definitely order it if you have a little room in your belly for some dessert.

Overall, skip the other place with the huge lines. Don't wait outside and risk sunburn for some probably less than stellar food you probably had to go to an ATM to pay for since it is cash only. You probably know the restaurant I'm talking about, but if not...just ignore all other reviews on whatever app you use and just go straight to Goen! 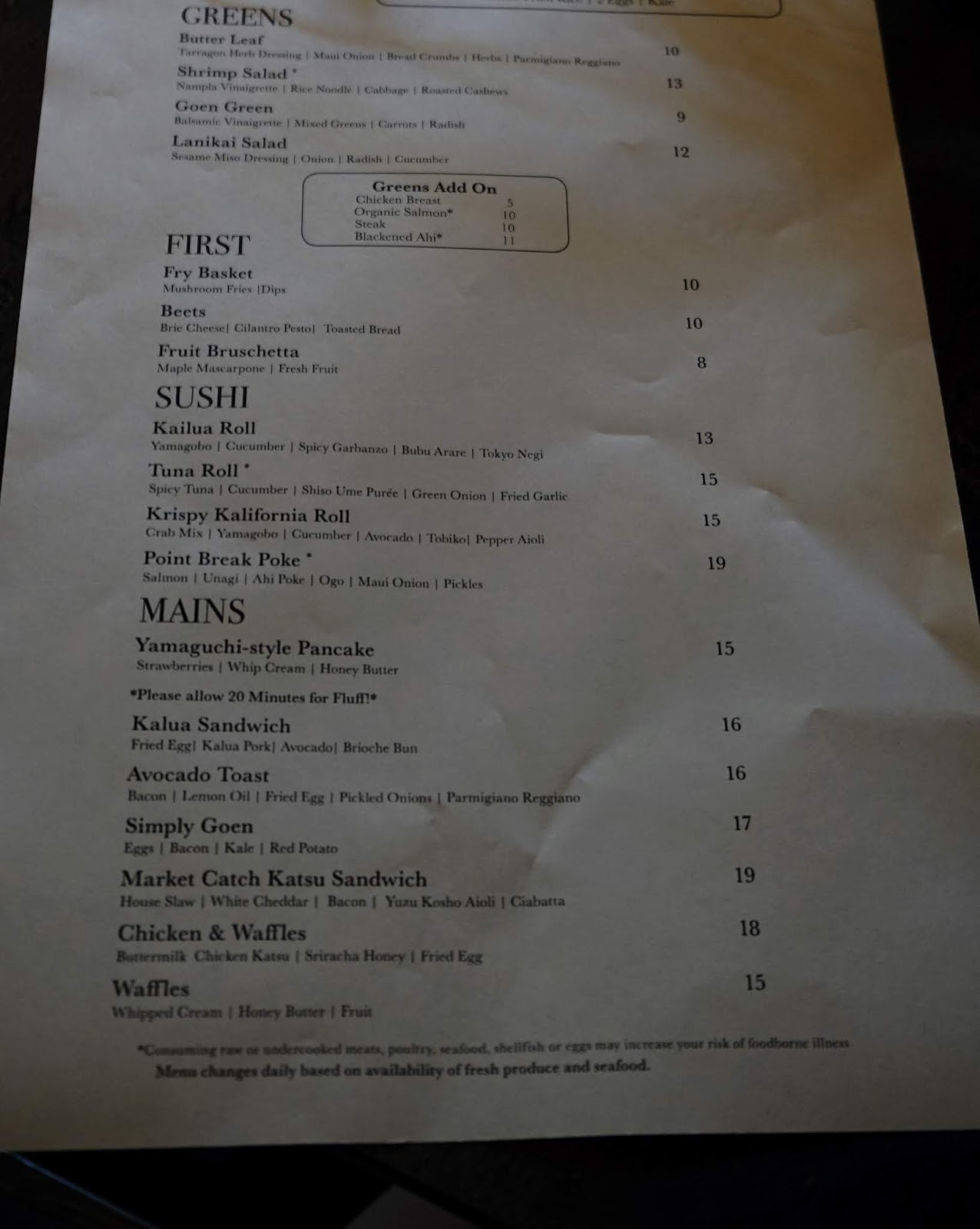 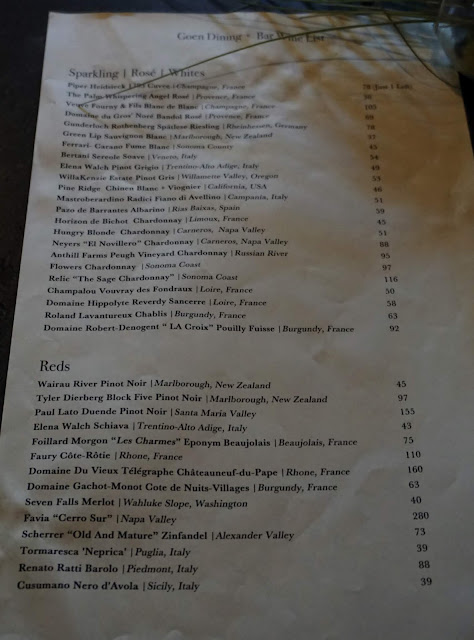