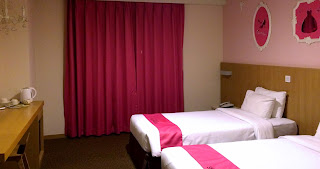 At the Sky Park Hotel in Jeju, there are a few special theme rooms. We got put into the Princess Room. 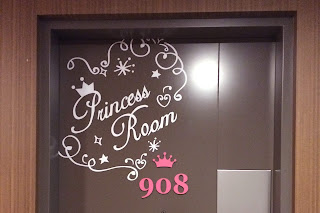 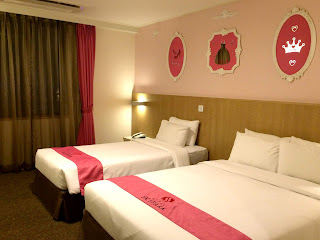 I was so happy that everything was clean and the mattresses were so comfy. Some of the other hotels I stayed in during my life in Korea had very hard beds and sometimes were less fresh looking even if the cost was more than 3x what this room cost.

The location is pretty good. It was always easy to get a taxi. It's in Yeondong area and about a 20-minute drive from the airport, I think. There were plenty of convenience stores in the area. There were a few restaurants and bars, too, but it was mainly hotels. I was there for a conference, so we didn't spend much time in the neighborhood because of the other commitments and social engagements. 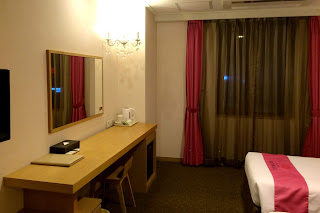 The rooms were pretty big for Korean hotels. The lobby is pretty fancy looking even though this is such a budget hotel.

There is a free hotel breakfast in the morning. It was fine. It's probably on par with other hotel breakfasts I've had in Korea. There are Western and Asian options.

Since there were so many Chinese tourists, you might want to get there right away in the morning because, I have no idea where they put it all, but they pile their plates and it's kind of like a war zone trying to get a little something to eat. The hotel staff did replenish the food often, but it was pretty stressful trying to run to grab a croissant when it gets set down. This isn't a particular problem with the hotel, just something that I've noticed in general when I have traveled. 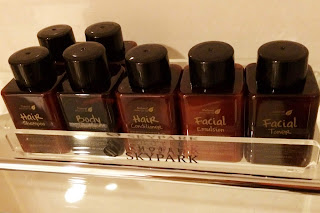 If you've never stayed in a budget hotel in Korea, you may think this is a strange thing for me to show, but there's often communal toiletries in Korean hotels, so I just wanted to show what were available in Sky Park Hotel.

Also, there's a BATHTUB! I was so excited when I saw this. It had been a long time since I saw a private bathtub.

There were no sheet masks provided, which I thought was a little interesting given that that's a common sight in business/budget hotels in Korea (even somewhat special ones near the express bus stations, if you know what I mean). 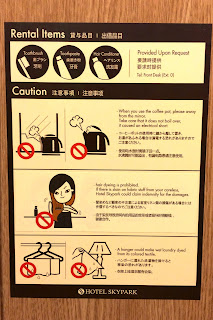 The odd thing to me was that nothing in the hotel was written in Korean. I mean, I guess they know who their target audience is, but it was strange given the fact that the staff were all Korean. It wasn't a Myeongdong situation where all the staff of the hotel is Chinese and they don't speak Korean.

Have you been to this hotel? I heard from my colleagues that the other rooms were the same, just less..pink. They all thought it was hilarious that I got stuck in this room because it doesn't match my general persona at all. I mean...I, too, thought this situation was hilarious.