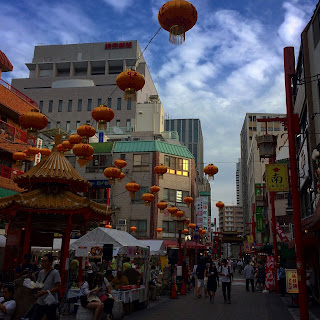 I am sure you all know about Yokohama's Chinatown, but did you know that Kobe also has a Chinatown?

On my last trip to Kobe, I took a stroll through the main street of Chinatown from Sannomiya on my way to Harbourland.

This is a relatively long walk, but I totally recommend it! When I was living in Kobe, I often did this walk just to get out and about and explore a little.

The Kobe Chinatown is not as large as the Yokohama Chinatown, but it has all the major hits - Chinese food, Chinese souvenir shops, other foreign restaurants, and the hustle and bustle that is common in Chinatowns around the world. 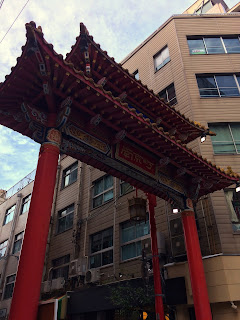 This is the one of the gates that mark the area as Chinatown. As with Kitano, Nakinmachi is another famous foreigner settlement area in Kobe and was settled by Chinese settlers when the Port of Kobe opened to foreigners. 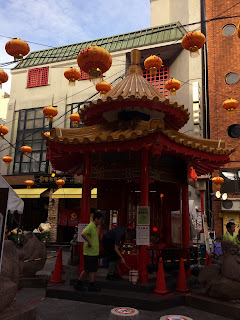 In the middle of the street, you'll find the gazebo. They were preparing for a festival hence the workers. This is kind of a public square area and makes for a good meeting spot if you're meeting up with friends. When I was living in Japan, I used this as a meeting spot because I didn't have a cell phone to contact anyone with, so I needed a very obvious landmark . 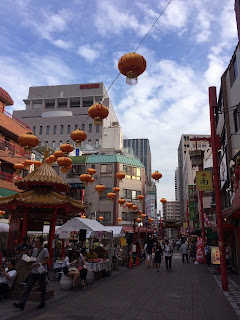 There aren't usually those white tented stalls along the street and it's usually a lot fuller on weekends (when I normally visited), but this was a weekday afternoon. 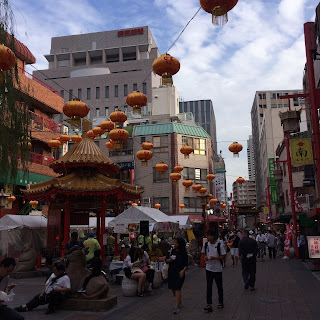 Along either side of the main street, you can find various souvenir stalls and Chinese (and Western) restaurants. There are plenty of street food vendors if that's what you fancy. I have been known to pick up some steamed buns from time to time on my walks. 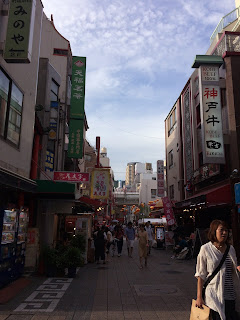 I would say that if you're in the area, make a quick stop to check it out, but I don't know if I'd go out of my way to visit Kobe's Chinatown. It's pretty small, but, with that being said, you can probably see and eat everything in about an hour, so it might just be a fun stop if you're craving some Chinese food and want to check out another country's Chinatown.