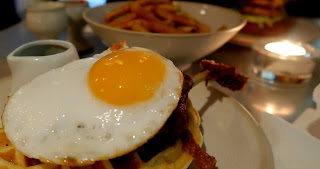 
We were able to be seated right away, which was lucky since there's usually a wait.

The prices are quite reasonable, probably because it's more of a casual establishment. 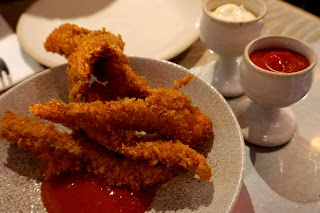 We started with an order of the Crispy Duck Tenders. These were just okay, in my opinion. They were really crispy, but the meat on the inside was kind of dry. Maybe it was an off night. The sauce helped out, though. 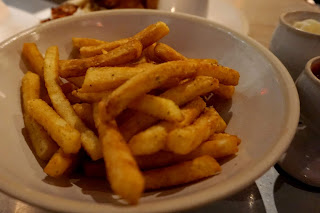 I had to try the Duck Fat Fries. So, we got an order. They are thick cut fries. I would say if you're here just to grab a couple drinks with friends, definitely go for the duck fat fries. They'd be great with a beer. The fries are not too greasy, but aren't quite my preference level of crispy. I wish they were also more rosemary forward. 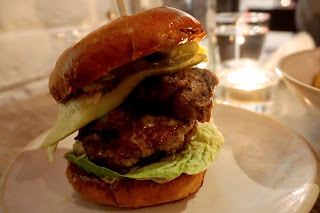 Probably the best food of the night was the Big Quack Burger. It was a sizeable option and was a great option to share. We opted to also add the duck confit to the burger because it was vacation. That was a pretty darn good decision. 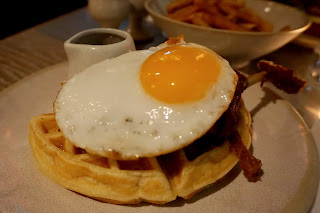 We also went for the namesake Duck and Waffle. This was semi disappointing. It may have been because the waffle isn't exactly what I was expecting. The waffle was not as fluffy as I am used to and the flavor was a little different than I was expecting.

The duck leg was pretty small. I mean, I guess it makes sense given that it's a duck and the price point is pretty low considering the restaurant's location. The duck meat was a little dry. Maybe this is common in some preparations, but I've never had such dry duck before. In fact, I usually find duck to be super oily. I think maybe it was just an off night because it was a holiday. 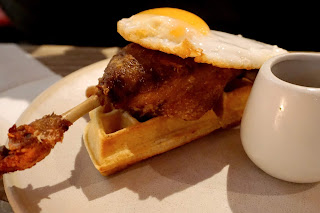 The syrup was great, though! I could see the duck and waffle being super good if the duck was less dry. 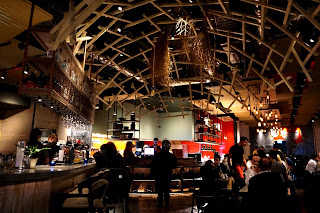 I think maybe we were just unlucky with the dry duck dishes that day. 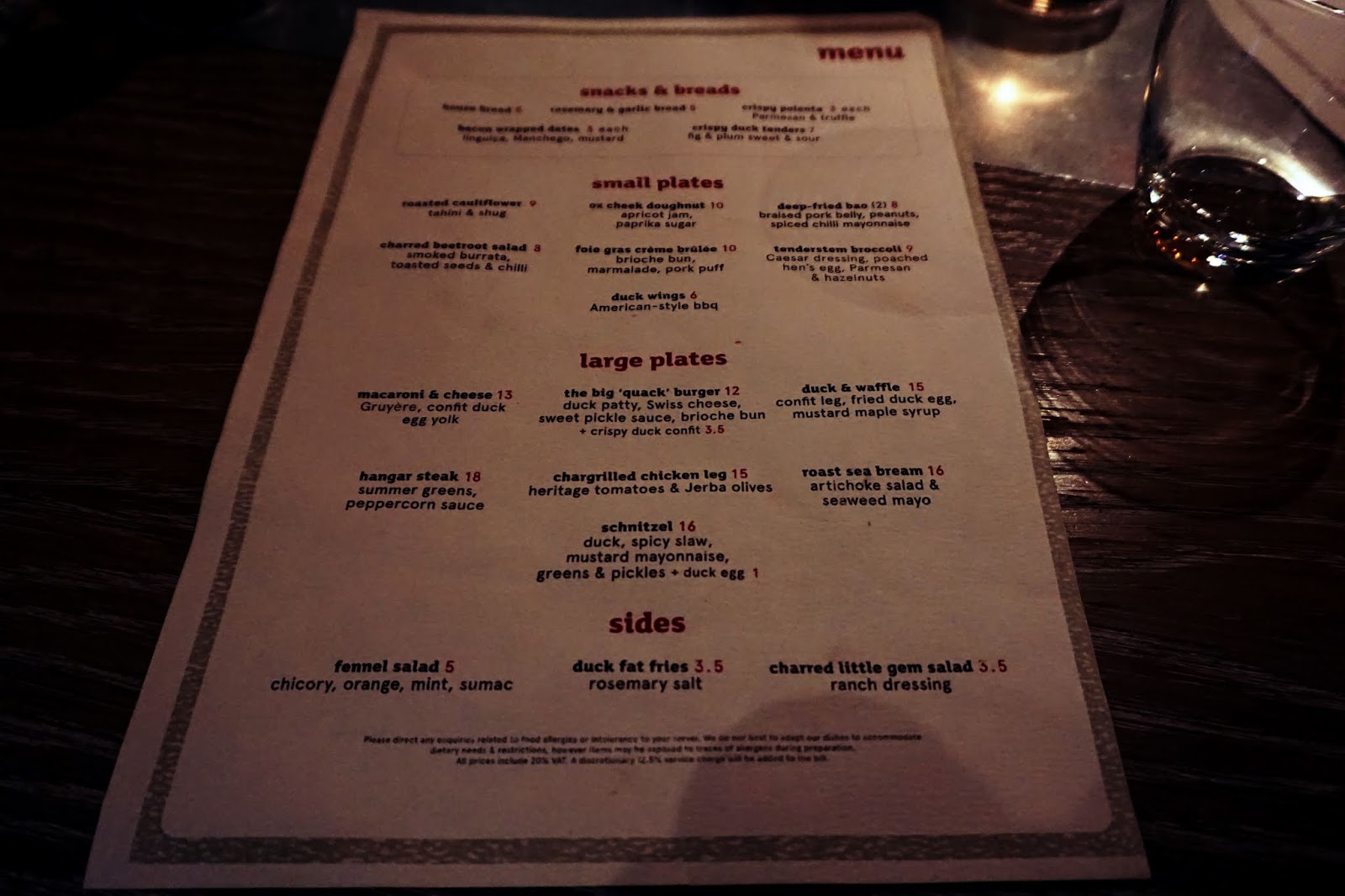 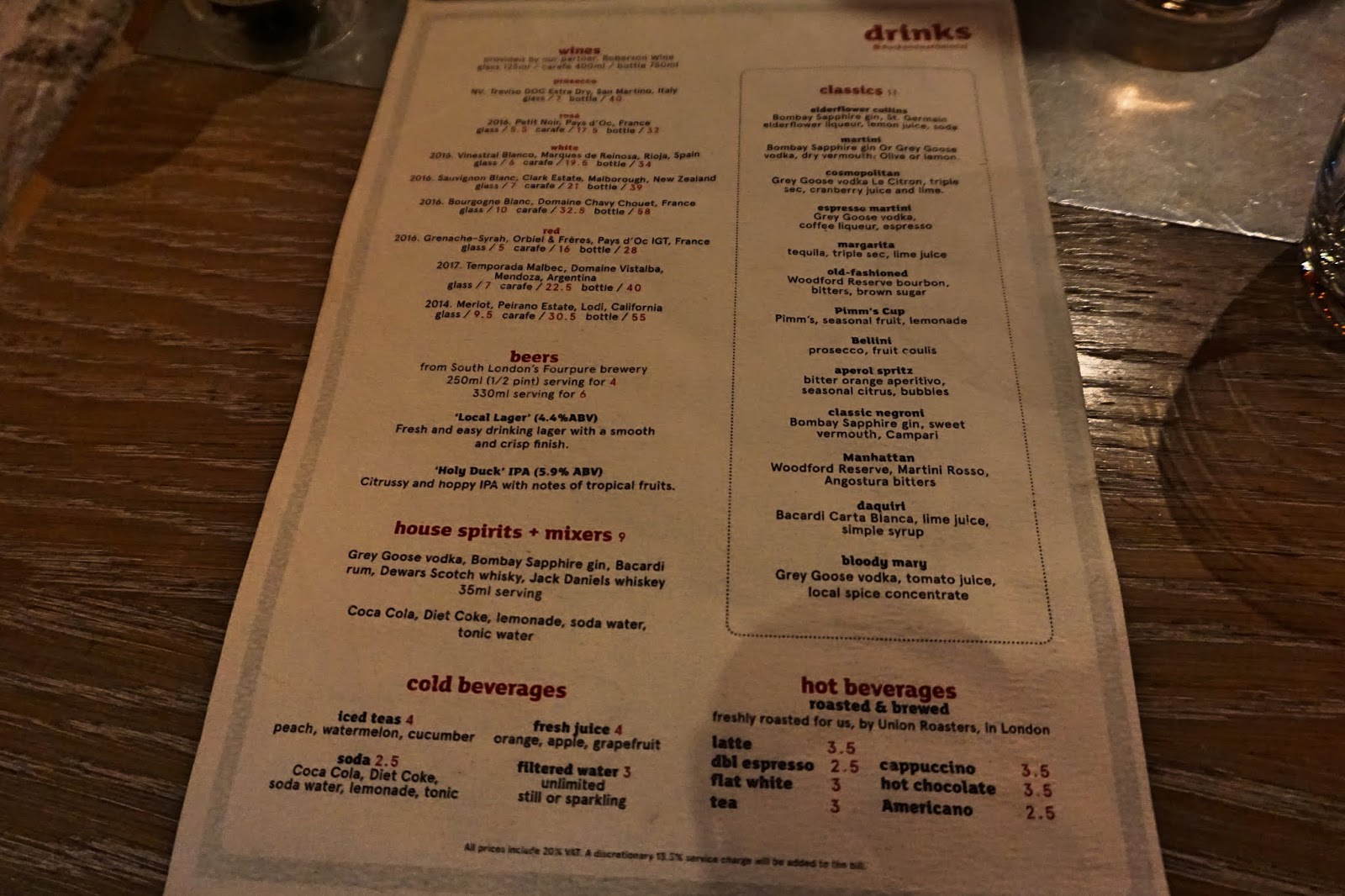