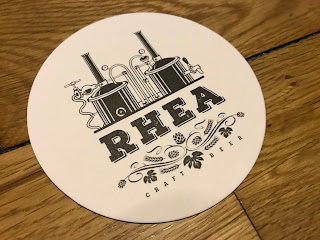 My friend really likes this bar, so she took us one time.

It's kind of tucked away, so it was actually not too busy when we visited. 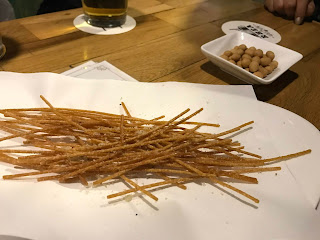 You're given some Korean bar snacks. These are oddly delicious even though it's just fried raw spaghetti noodles with some cinnamon sugar (?) on top. So addictive, but yet I never feel compelled to try to recreate them at home.
Rhea has a rotating list of craft draft beer. This was the lineup when we visited. 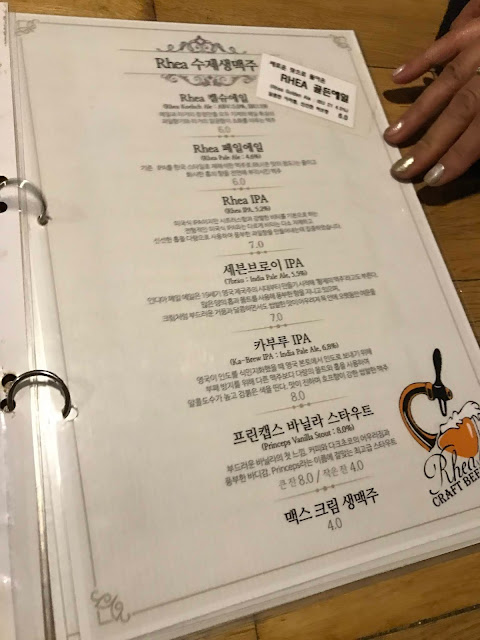 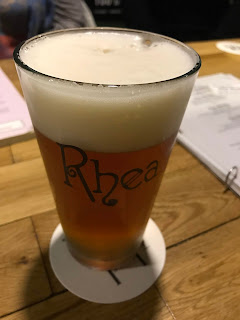 This is the 7Brau IPA. My IPA soul was quite happy that there were so many options, but I was also a little conflicted. I had tried the Ka-brew IPA before at Bronx (click here for that post) and I wasn't so sure about the Rhea brand, so I went with 7Brau.

If you're not totally into the craft beer scene in Korea or, maybe, you're on a budget, you can also opt to get the Max Cream Beer for 4,000 KRW.

We all got something different based on our taste, which was great. Sometimes when I go out in Korea, we just have to get a pitcher of Cass or Hite because that's the only option and the most economic choice. 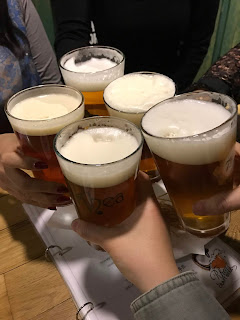 Affiliates: Trazy - Korean Travel Deals | Amazon | YesStyle - Asian Fashion and Beauty
*FTC Disclosure: Some of the links in this post are affiliate links which means, at no additional cost to you, I may earn a commission if you click through the links provided and make a purchase.*