MilleFeulle Donkatsu has a special place in my heart.

I know it's a little weird, but there is a location across the street from my first apartment in Seoul, so I always went there with my roommates for a quick dinner.

During one of my meetups with one of my former roommates, we decided to stop in to the Myeongdong location for a little nostalgic reunion (had to also fit in some power shopping, obviously).

The prices have stayed pretty consistent over years, too. 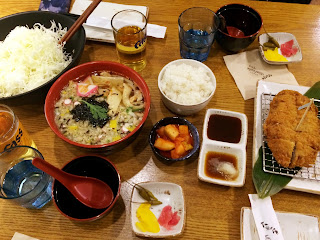 My friend is obsessed with the cheese donkatsu, so we went with that one to share and also a split an udon. My usual order is the garlic donkatsu, if you're wondering..I just love garlic everything. We both weren't super starving since we had been stuffing our mouths all day in Myeongdong.

The cheese donkatsu was just as we remembered it. I don't know how they do it, but the pork cutlet at MilleFeuille is really like layers upon flaky (yet succulent) layers of pork. Then, they stuff it with cheese and serve it while it's still steaming hot.

The udon was nice, but nothing to really write home about. It wasn't too salty, which was nice, but otherwise it was just about the same as an udon you can get at any other store (and the other stores probably don't charge 7,000KRW for it).

The donkastu here is different than you’d find at other places. It consists of 25 thin slices of pork made into a cutlet, stuffed, and then breaded. It’s finished by being fried to perfection, without being overly greasy. The cutlet itself is still nice and tender inside, while being super crispy outside. I don’t know how they do it!

No matter which location you go to, the service is great and the food is delicious. 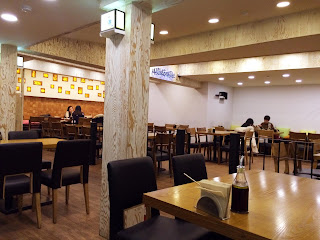 The Myeongdong location is a pretty nice respite from the crowds. Even though it's on a main street, it's on the second floor and I think many tourists don't look up for restaurants. This was taken in the middle of a rather crowded shopping day and there were only about 10 people in the entire restaurant (there are about 60 seats, I think). 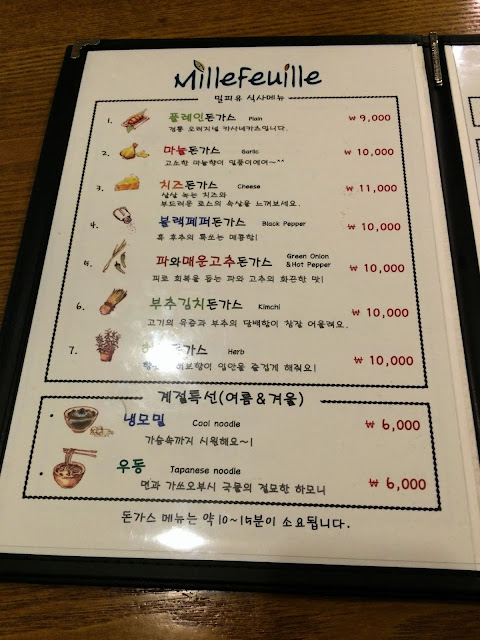 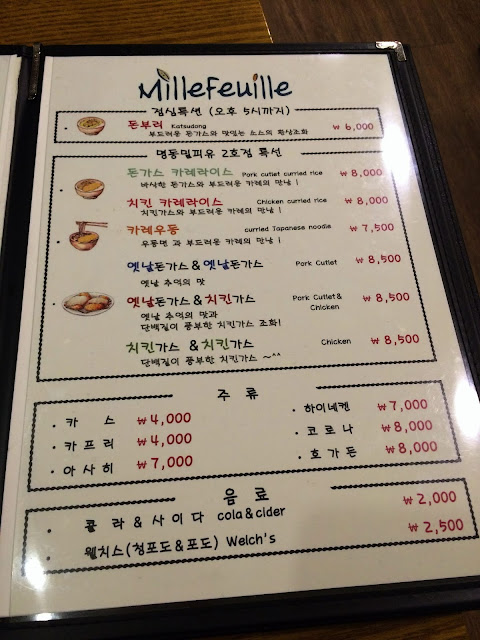 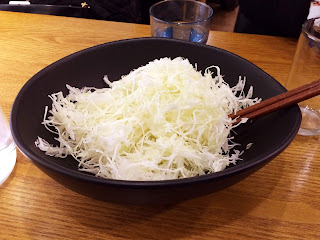 The finely shredded cabbage is also something we remember fondly, so I decided to take a picture of it. I know you probably don't care, but I want to always look back on this post and remember the cabbage. 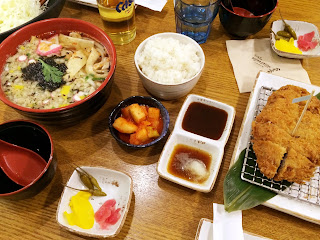 Location:
From Euljiro-1-ga station (line 2) exit 6, walk straight. At the Ibis Hotel, turn left. Walk straight two streets. You'll pass the Paul Bassett Cafe at the first street and then the Hotel 28 at the second street. Turn left. It's on the second floor in the building next to the original location of the Myeongdong Halmoni Gooksu. If you get lost, just search 밀피유 in your maps app.

Check out my other favorite donkatsu restaurants here!