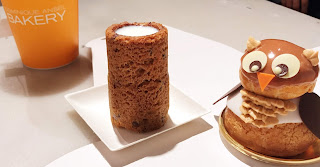 Another visit to Dominique Ansel Bakery, yet another failed attempt to get a cronut.

But! We did succeed getting a cookie shot and a new treat (to me) the Hootie the Owl pastry.


I have had cookie shots in the past from Dominique Ansel Bakery. My friend has brought one to me as a treat (takeaway). If you get it as a takeaway treat, they will package it really nicely in a box with some extra structure to prevent it from tipping over. Don't you fear, though! They do not put the milk in the cup for you. Instead, they will package the milk separately in a lidded paper cup. Then, you can pour it in yourself.

This time, we ate in. This is how it's served. Make sure you plan accordingly, though. There are only a handful of seats in the shop. So, if you're there on the weekend, it's very likely you won't be able to snag yourself a spot.

We arrived just after 3PM on a rainy Saturday, which, obviously, was too late for a cronut. I seriously had no idea they were still popular! But, luckily, they had JUST started serving the cookie shots for the day. The line was long, it wrapped the length of the store and there were always lost tourists trying to cut the line, so you have to exercise patience. 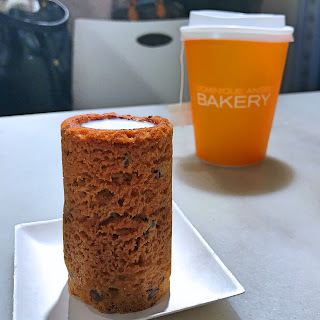 Luckily, as we were almost at the front, a group left, so I snagged us a spot! Seriously, we were so lucky.
The cookie shots are $4.25 and are filled with a vanilla milk to order.You do have to eat it pretty quickly since, although they did a lot of engineering, cookies do get soggy and structurally unsound after a bit. See the end of the post for the tips about cookie shots so you can plan your trip.

This is Hootie the Owl. 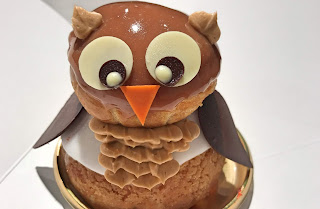 As you know, I'm a sucker for cute food items. So, I knew nothing about him, except his name and his cute appearance. I just hoped he had a cute personality to match. 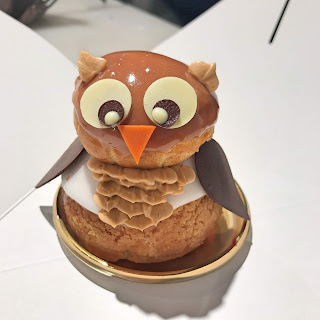 He was a little pricey at $7, but I wanted him as a treat for the eyes and the stomach.

There's a rotation of characters they go through and I got the Owl. :) 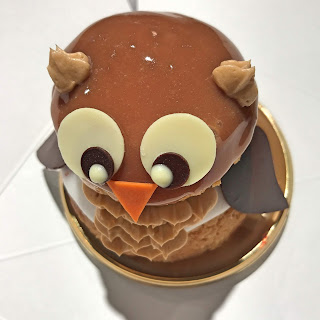 I wanted to give you a look at all angles. If for nothing else, I just wanted to try to show the artistry that goes into each Hootie. Hootie is a religieuse. He is a stack of two cream puffs, a larger one on the bottom and a smaller on the top. Then, he is filled with a blackberry jam and toasted almond ganache.

The detailed features are made with some cute chocolate pieces.

The blackberry jam tasted quite fresh, but was pretty sweet for me. My friend quite liked it, though. So, definitely try it, especially if you're in a group and there's someone with a sweet tooth amongst you.

I'm sorry for the next picture, but I wanted to show you the inside. Then, I realized that it looked like a murder scene and I realized I should never be a surgeon or a food stylist. 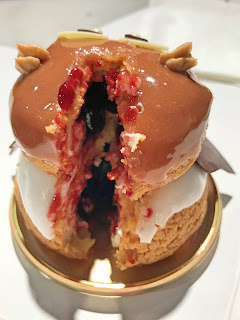 I wanted to give you a glimpse at some of the other specialties!

I highly recommend the Frozen S'mores, the DKA, Matcha Passionfruit Mousse Cake (I regret not buying one to take home), and the Cannele de Bordeaux. The classic croissants are also pretty delish. 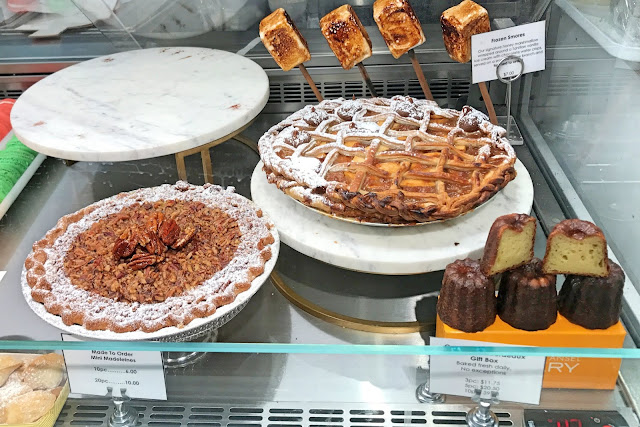 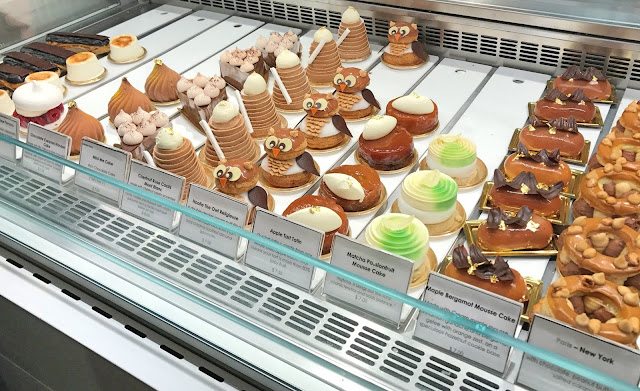 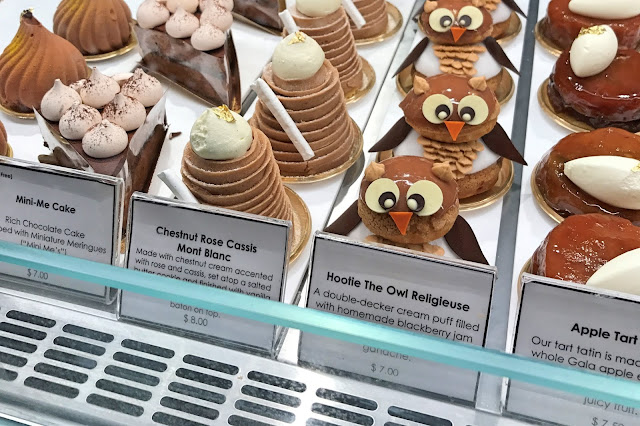 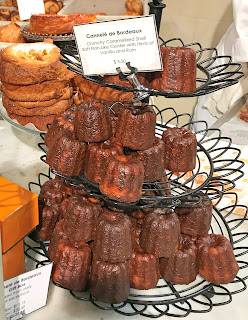 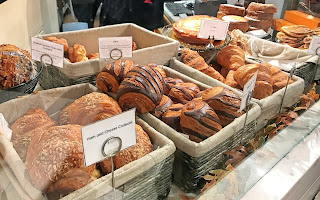 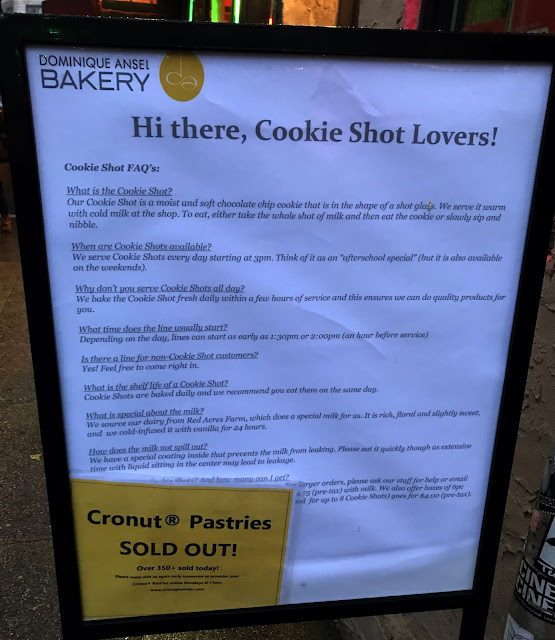