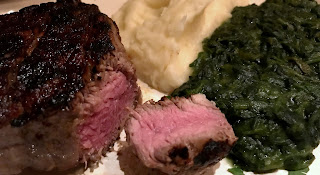 MarkJoseph is definitely a solid choice for a steakhouse to add to your Restaurant Week list.

Looking for the best steakhouse in NYC for Restaurant Week?

New York City is known for steakhouses, so why not add a steakhouse to your Restaurant Week bucket list!?

This year, dinners are $42 and lunches are $26.
Winter Restaurant Week 2019 runs from January 21, 2019 - February 8, 2019.
Make your reservations here:
Opentable - MarkJoseph Steakhouse
Certain restaurants are also available to book through Seated, which is an app I discovered a year ago. Seated gives you up to 30% back for every meal you reserve through the app. I often redeem the credits for Amazon store credit or Starbucks credit. If you use my referral link, you will receive a bonus $5 credit with your first reservation. This isn't a sponsorship or anything, it's my personal link.
This is the dinner menu for Restaurant Week 2019. Dinner is a 3-course meal and you choose one appetizer, one main, and one dessert.


After a few previous less than spectacular steak experiences for Restaurant Week, I was, needless to say, a little hesitant to book a table at MarkJoseph. However, boy am I glad that I did. This was seriously one of the best steaks I've had in New York City.

This is the Restaurant Week menu 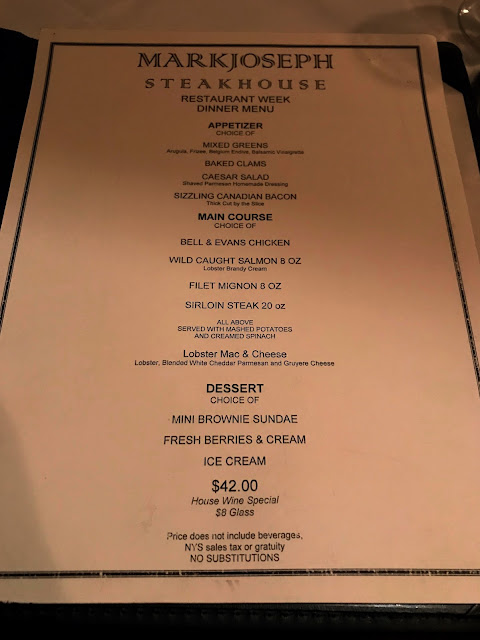 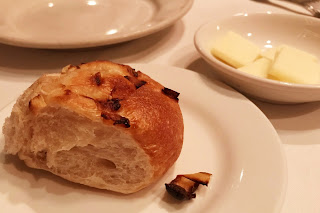 First off, this wasn't the appetizer, but again, I really want to write a compilation about best free bread in New York City. This was pretty darn good - the onions added a lot, the roll was perfectly crusty on the outside, and nice and soft and fluffy on the inside. 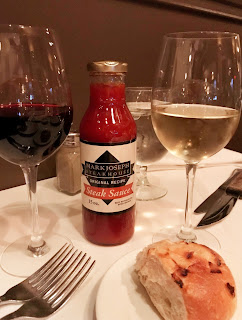 We decided to treat ourselves to the house red and white wine.

I can say, don't do this. These wines were not good...like even with low expectations for a Restaurant Week house wine. I would say if you want to get wine, you should order off of the actual wine list.

In the background, you will see the MarkJoseph steakhouse signature steak sauce.

I actually didn't try any because the steak was delicious on its own! But, for steak sauce fanatics, it's there as an option. My boyfriend tried some and thought that it was pretty good. The consistency was kind of between A1 and Heinz 57. 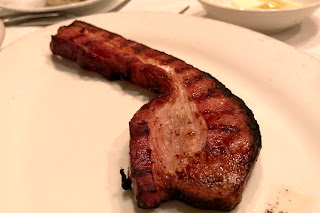 Now, onto the Appetizers.

This is the Sizzling Canadian Bacon. Honestly, we had no idea what to expect with this one, so this was super surprising when it came out!

First off, it's brought to the table on a sizzling platter, but then transferred to the plate.

It really is a thick slab of Canadian bacon.
I was not a super duper huge fan, but that's probably because I don't love ham. I did like the thinner part of the meat because it got slightly crispier. It was kind of salty, but that's also to be expected.

If you're a meat lover, the Sizzling Canadian Bacon would probably be the best appetizer choice! 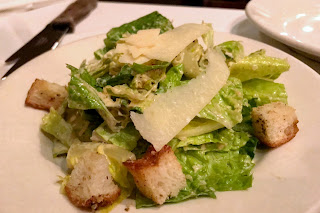 I actually really like a good Caesar Salad, so I wanted to try this one. The lettuce was nice and crispy and, luckily, it wasn't overly dressed, too, so that made me happy.

The croutons were good, but no where as good as the anchovy croutons from the Caesar salad at The Breslin.

Definitely a good choice for someone who realizes how heavy the rest of the meal is going to be.

The mains (minus the lobster mac and cheese) all come with mashed potatoes and creamed spinach. 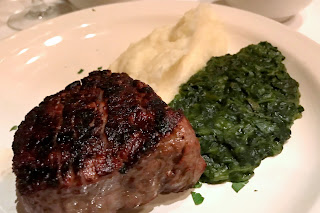 This is the Filet Mignon. It was pretty darn good. It was cooked a perfect medium rare and was seemingly a pretty good quality cut of meat.

I would say it was slightly tougher than the star of the night...the sirloin steak. 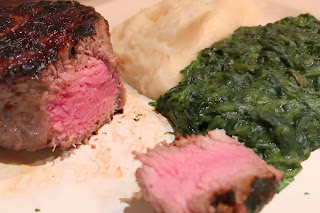 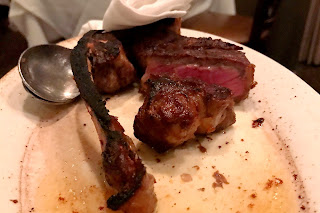 The Sirloin Steak is ridiculously delicious! I wish I would have taken a video of the presentation when the waitress brought the dish to our table. It was also on a sizzling platter.

I may be a lameo, but how they made tongs out of two spoons was mindblowing to me. 😎😎 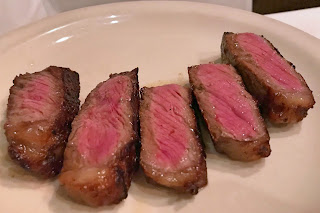 Apparently, this serving technique is similar to that of Peter Luger's.

This was SO good, the meat basically melted in my mouth. It was so flavorful and succulent.

Definitely recommend! This was a pretty hefty portion, too!


Desserts:
We were SUPER full by the time dessert time came around. 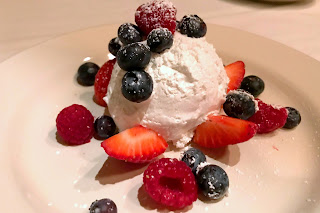 This is the Fresh Berries and Cream. This was a pretty nice option. The berries were quite refreshing and the right amount of sweet.

However, the cream was not exactly what I expected when I ordered it. It was kind of thicker than I expected. 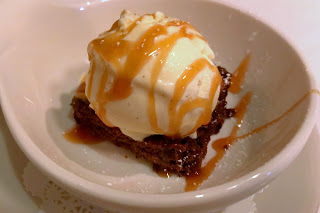 This is the Mini Brownie Sundae. The brownie was a little less than memorable, but the ice cream was pretty refreshing after such a heavy meat-laden meal.

After finishing everything, we definitely felt like we needed to roll out of the restaurant...literally.

The service was wonderful! Our waitress was able to answer any questions we had and was very attentive.

This is one Restaurant Week meal not to miss. It's a pretty great value, too. 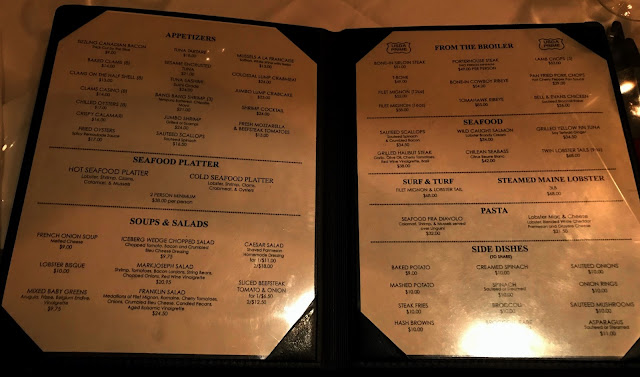 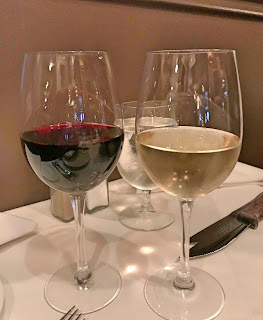