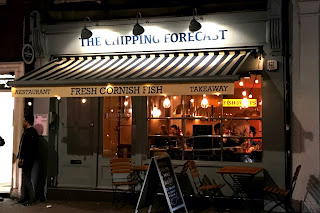 We stumbled upon The Chipping Forecast in Soho and decided to stop by for some fish and chips.

We knew we had one opportunity to try fish and chips during our trip and we kind of wanted a sit-down meal, rather than a takeaway chips shop.

We were lucky we found The Chipping Forecast. We were there on a Friday night and there wasn't much of a wait, but the restaurant did get crowded as we dined.

The one thing I noticed was that many of the restaurants in London we visited were pretty family friendly and this was no exception, which is such a change compared to New York.

The menu is pretty extensive, so there are a lot of options for individuals who weren't really looking to eat fried food. They also had some more upscale fish options, like the Monkfish Linguini we were tempted by, and some meat options like the Cheeseburger if you're dining with someone who's not a fan of fish. 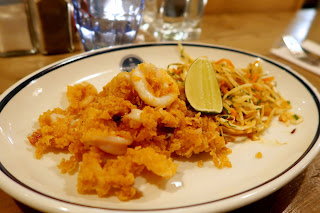 We started with the Salt & Pepper Squid. This is the small size order. The squid was cooked well, not rubbery. However, I would have preferred that the breading stayed on the squid a little more. It was like eating squid and then eating pieces of the breading. The slaw was interesting. I wasn't a huge fan, but my boyfriend really enjoyed it. 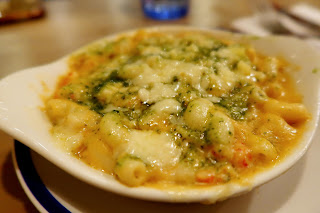 It did seem like everything was made to order, which was definitely appreciated.

We also ordered the Lobster Mac & Cheese as a starter. We were pretty convinced as we ordered that there would be little to no lobster (and crayfish) in the mac and cheese because the price was so low. We were so happy to find chunks of lobster throughout the mac and cheese as well as crayfish throughout. It wasn't that cheesy, though, which was good for me, but may be a little less than ideal for major cheese fans. It was kind of more like lobster mac & butter. 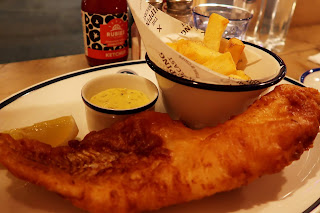 We got the Haddock (beer battered). Honestly, it was kind of expensive for fish & chips, but compared with what I saw walking around at some of the other tourist central locations, it was reasonable. This was fried to order and came with chips included. It was supposed to come with mushy peas, but we didn't get some with our order and it was too hard to get the attention of the server.

The chips are made with beef drippings and triple fried, which made them nice and crispy on the outside.

I would say that this is probably a good location for people who wanted some gluten free or non-battered options. You can also order it breaded with panko crumbs.

The tartar sauce was delicious. I'm not usually a huge fan of sauce, but this was great. It's homemade and it's the perfect compliment to the fish. The fish is quite flaky and fresh. The fish is also sustainably sourced, which is also great.

I can understand why Timeout London named the Haddock & Chips at The Chipping Forecast the best in London in 2018. It was definitely better than the other fish & chips I've had at takeaways in my previous trips to England (albeit slightly more expensive).

I would also like to point out that there is complimentary still and sparkling water, which is definitely necessary if you've spent the day sightseeing like we did. 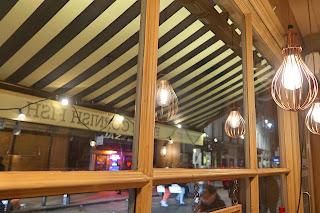 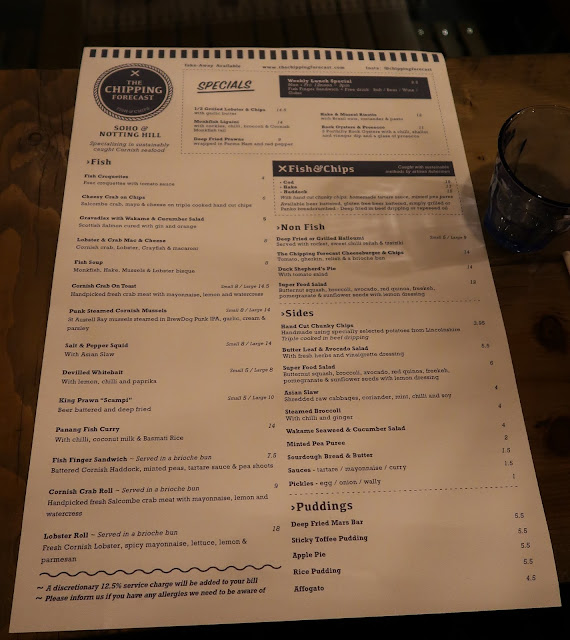 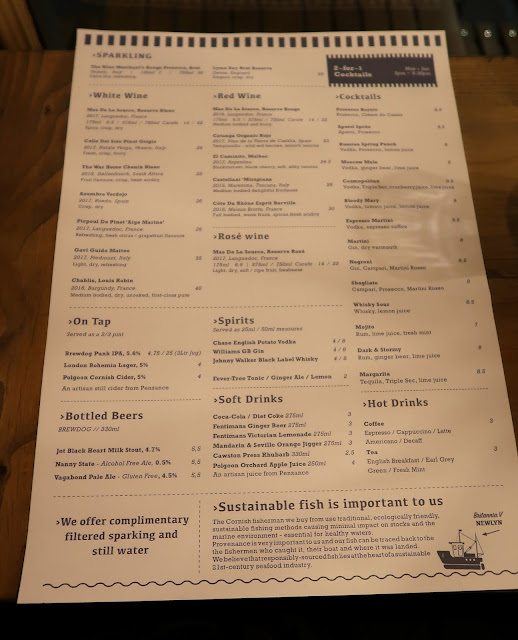