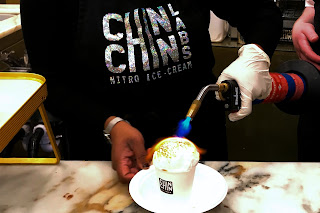 Chin Chin Dessert Labs is famous all over the internet for the "Chin Chin Hot Chocolate" topped with a marshmallow.

So, since we were eating just a few stores down at The Chipping Forecast, I decided to pop in and check it out myself.

I was happy that they did offer a vegan hot chocolate since I wasn't sure if I could handle British milk, for one, on a relatively empty stomach, for two.

So, I got the vegan hot chocolate and then topped it with the marshmallow. It's a vegetarian marshmallow, which they make a point to mention. So, it's not possible to do the hot chocolate completely vegan, FYI. 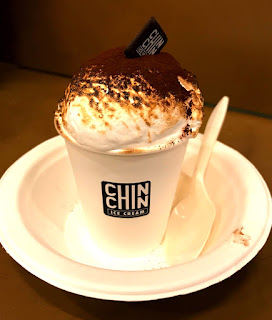 Let me say that for almost 5GBP, I was expecting a larger cup of hot chocolate.

The marshmallow is delicious, don't get me wrong, but this was probably about half the amount of hot chocolate I would expect for that price.

I would say maybe the quantity of hot chocolate is that of a double espresso?

The vegan hot chocolate itself was kind of a bummer. It was not very flavorful and kind of had the flavor of when you make hot chocolate with just water instead of milk (maybe that's how they made it...I didn't ask what kind of milk substitute they used).

The marshmallow is wonderful and they torch it for you to order. So, if you want the video, make sure you prepare well in advance because it's a fast process. They thought I was trying to film it and realized I missed, so they asked me if I wanted them to "fake it" for me. 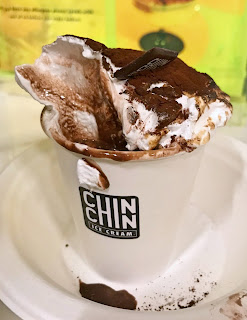 The cup is about 3/4 full of hot chocolate, the rest is marshmallow.

Honestly, I wish I didn't get tricked by the videos on the internet and went with my gut and just got the regular ice cream. Or, the Griddled Cookie & Cream or the Choux Bun Sandwich...but, maybe next time. 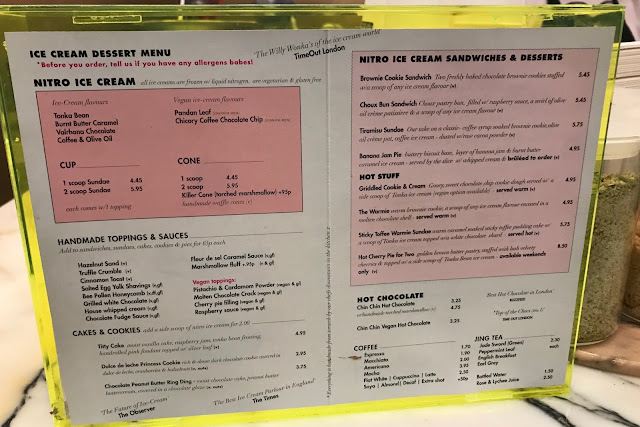 Since we were there right around Valentine's Day, there were plenty of v-day themed treats. 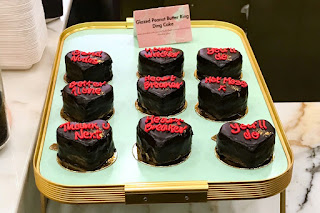 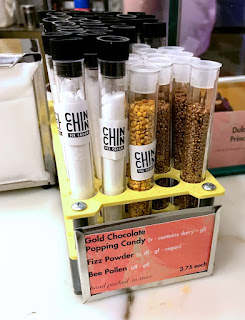 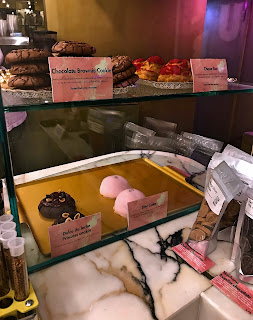 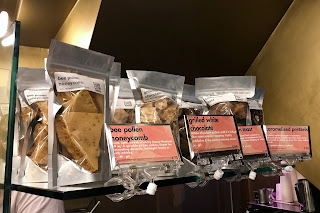 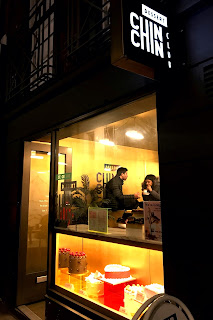