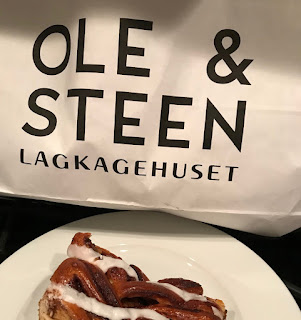 I was SO excited when I saw that Ole & Steen was opening a location in New York City!

So, I decided to check it out!

I had a list of things I knew I HAD to get.

So, that's exactly what I got on my first trip!

However, It was so hard to not be tempted. Look at these strawberry tarts! I so miss winter strawberry dessert season in Korea, so I was so tempted to grab one from Ole & Steen. Maybe next time because there will definitely be a next time! 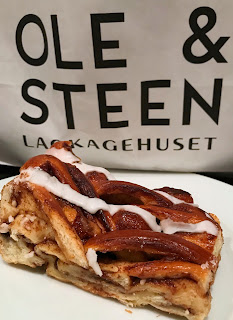 The Cinnamon Social, OMGosh. SO DELICIOUS!

I was seriously, so excited to try this, so my expectations were quite high...like really, really high.

So, the fact that this surpassed my expectations means, you definitely must try this on your visit.

It's only $4.50, which is kind of a steal because it's so much better than any croissant I've had in a long time in NYC and I've definitely paid the same, if not more, for some mediocre croissants.

If you get this, definitely eat it right away. It's so fresh and soft and flavorful right after you buy it. I cooked and ate my dinner and came back for the last bite, while still delicious, it wasn't as soft :(

But, it's kind of more dense than a cinnamon roll, but that's why I liked it. It was still quite fluffy and airy, but not too bready (I hope that makes sense).

The cinnamon level was DELICIOUS for me. It had super deep cinnamon flavors and, while somewhat sweet, it wasn't overly iced (like cinnamon rolls tend to be in America).

OMG, seriously, I'm so lucky that I don't live closer to Ole and Steen because I would definitely buy it every day if I could - my wallet and waistband are definitely thankful. 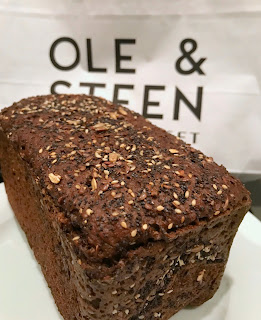 This is the Carrot Rye bread. It was $6.50, which seems a bit pricey, I think (because I don't typically buy loaves of bread), but I knew that I had to get this bread.

The thing with Danish bread is that it's very dense and filling, so a $6.50 loaf of bread is probably about 1.5-2 loaves of American grocery store bread.

Anyway, this bread is delicious! I've already had an open faced sandwich with it. It's delicious also toasted and eaten with soup.

It's not very sweet, which I appreciate. Sometimes rye bread in America is kind of sweet.

The bread made with super high quality ingredients.

The carrot rye is super filling, but I don't feel gross after eating it. I actually think this will be a once a month treat for myself (or maybe once a quarter). 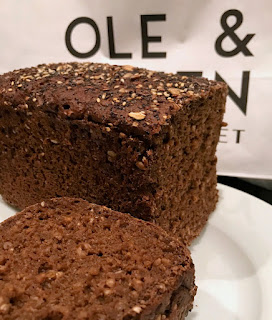 Here are the full menus:
There are about 40 seats available if you eat in. It's really clean and modern (maybe because it's so new, so I'll report back later). 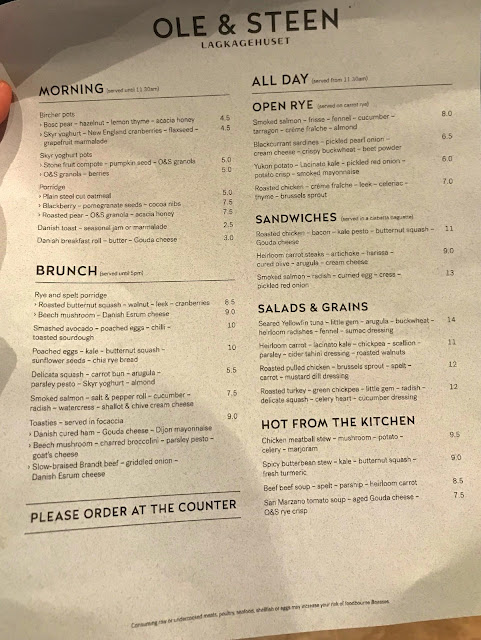 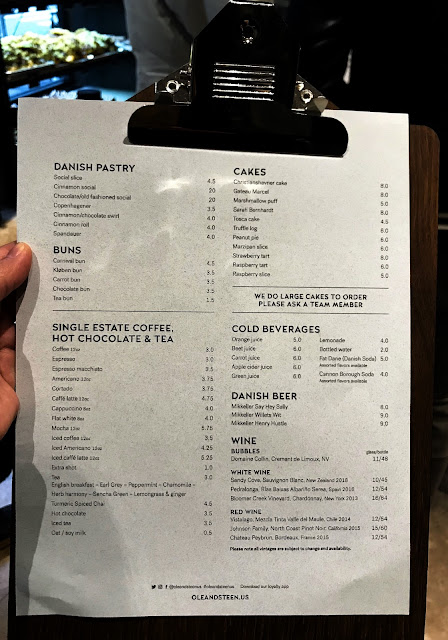 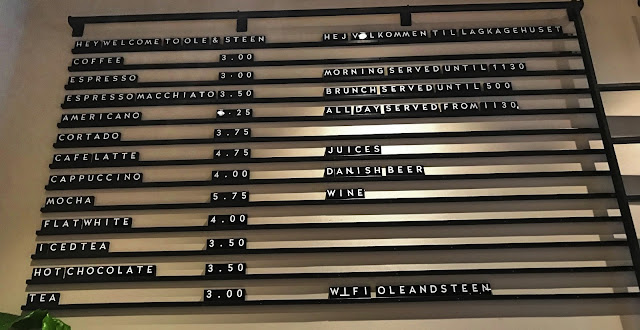 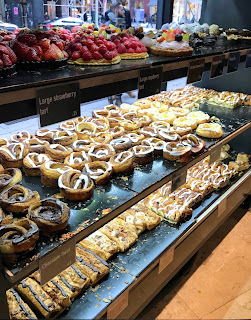 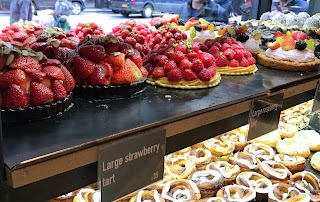 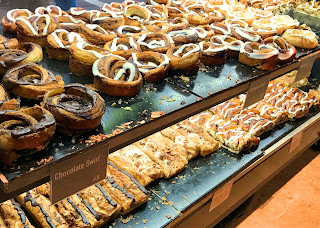 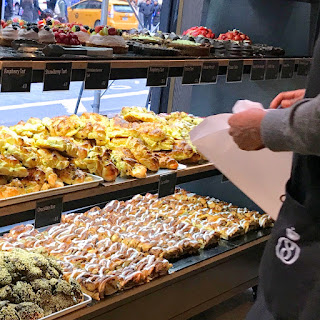 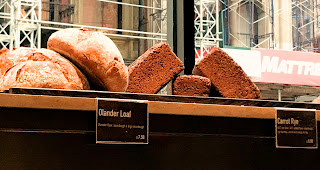 These open faced sandwiches look delicious and they're so photogenic (my photos were in a rush, but even still they look quite yummy). I might try to recreate some at home. 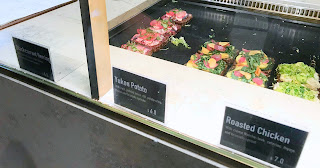 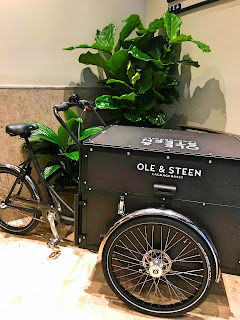 The exterior view that everyone was crowding around...putting their faces to the window to peer inside. 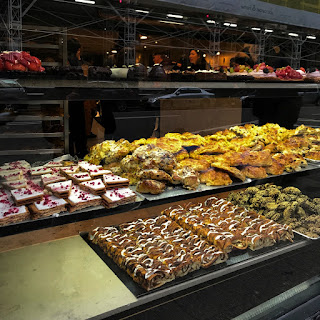