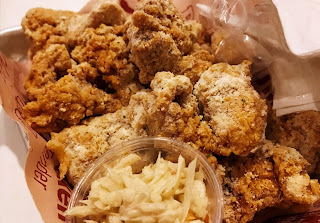 Day 2 of Pelicana fried chicken reviews. I have been saving these and realized it was about time to just post them all.


This day we got the boneless chicken again (1 chicken). Unlike yesterday's post, we got half white snowing cheese (as per usual since it's my favorite) and half original crispy.

We just wanted to test it out because it was "original".

Without the sauce, the original fried chicken wasn't quite as flavorful, but yet you could still taste the deliciousness of the batter and frying technique (does that sound weird? I don't know). The batter was nice and light, as in it was still kind of flaky, but yet held together well after each bite.

The crisp was audible even in the noisy Food Gallery atmosphere. It was overall quite enjoyable, but I would probably choose to get a sauce next time. I think if you're doing takeaway, the original would probably be a good choice since it won't have as much of a chance to get soggy during your commute.

This time we were also mysteriously given a cup of cole slaw. Not sure why. I tried it and it wasn't my absolute favorite, so we threw most of it away. I think this slaw would be fine on a chicken sandwich, but as a meal side dish, it wasn't great. I prefer my cole slaw to be crispy, cold, and with a sweet and sour vinegar flavor when I eat it separately during my meal. 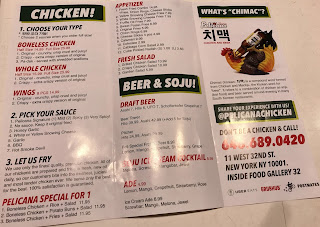 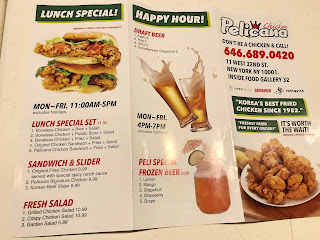