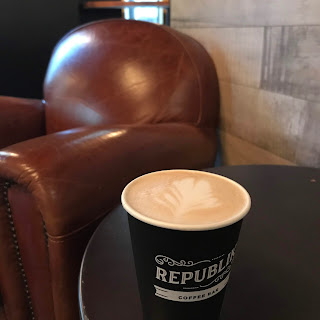 Republik Coffee Bar is one of the closest coffee shops to the Ballston stop in Arlington, VA.

Republik is a mini-chain of sorts? There's another location in McLean.

So, I went here because it was the only coffee shop that wasn't a Starbucks and I needed WiFi.

The reviews were incredibly high for this coffee shop. I wasn't sure if this was because it was actually an exceptional coffee shop, because there just wasn't much competition, or because of a marketing technique.

My guess it is a combination of the last two options - there's really not much competition in the area and they run a promotion that says if you show them your Yelp review you get 50% off, which kind of probably makes people want to give them artificially higher review ratings just so it's not awkward to show them a 3-star.

The price is kind of high, but I guess they can get away with it because there's not much competition.

The atmosphere is nice and quaint. There's some "comfy" leather chairs - I personally don't like using those types of chairs in public because I just don't trust they're that clean, but I know a ton of other people really like them. There's a fake fireplace, too.

I didn't try the pastries, but almost everyone else did. So, maybe I should have gotten a pastry and may have had a better review.

The staff were relatively friendly, but weren't as friendly as I'm used to at my more neighborhood shops in NYC or even Seoul.

The WiFi was quite unstable for me. I was trying to use it on my cell phone and I kept getting disconnected, so that explains why there was only one guy there with a laptop.

On to the drinks: 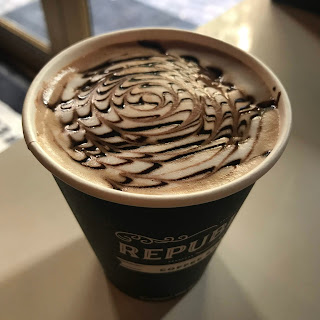 This is the mocha - I left a Yelp review so that my sister could get 50% off. They didn't even check the review FYI, so don't feel ashamed about leaving a truthful review.
She said it was "fine." That being said she wasn't overly excited or overly depressed about it. So, maybe this is slightly better than Starbucks? The one thing of note was that the top of the mocha was kind of cute. 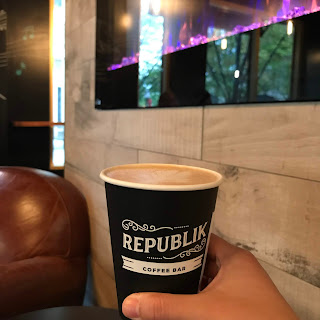 I got the tiramisu latte because tiramisu lattes were kind of a guilty pleasure of mine in Seoul and I hadn't seen one on a menu in America before Republik. This coffee was only so-so. It didn't really have any flavor...and it wasn't even close to being a Korean tiramisu latte. It was just a latte with maybe some flavored syrups in it.

I would say pass on this one. It's expensive and doesn't taste special.

Honestly, I should have just gone with the regular brewed coffee, but I wanted to try a specialty latte for you guys.

I was also quite tempted by the Vietnamese iced coffee, so maybe if I find myself back there, I may check that out next time. 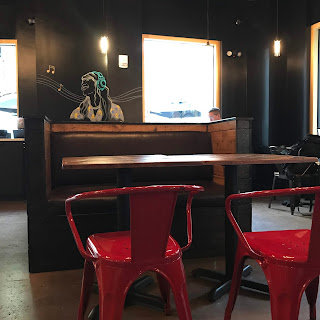 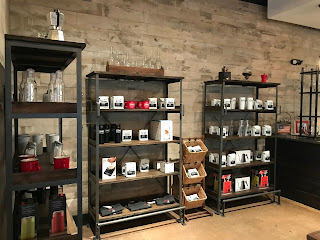 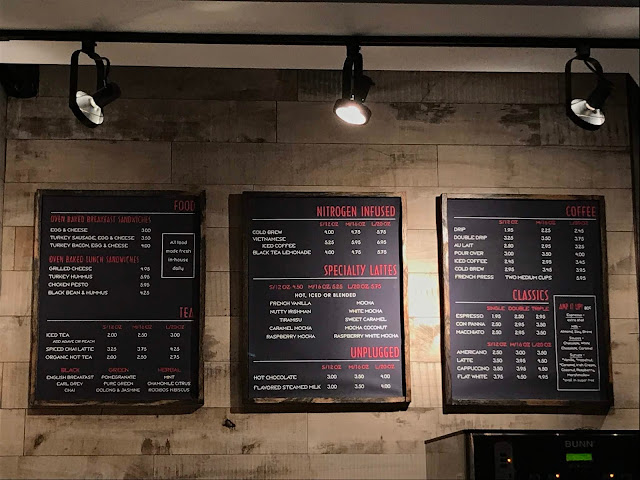 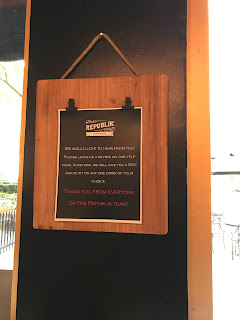