It's Bloody Mary day at the Minnesota Twins game! This time, I checked out the Bloody Mary at Hrbek's!

I previously wrote about the Bloody Mary from The Metropolitan Club (restaurant has since closed).

See all my Target Field posts here to plan your trip to the Twins game (most posts have full menu pictures)! 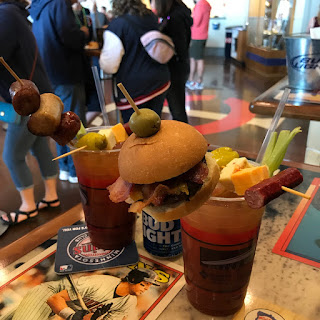 We got two - one with the mini slider and one with the Kramarczuk's sausages. Each Bloody Mary is $19 each, but the good thing is that it's basically a whole meal.

I kind of actually preferred the Bloody Mary from The Metropolitan Club because that one is made with triple pepper vodka infused in house. If you're not a season ticket holder, then you can get a similar drink at Hrbek's, but it's made with Absolut. You have the choice between original, lime, and peppar Absolut.

If you go with the Ultimate Bloody Mary, it's the same as what we got, but minus the skewer with either the burger or sausages.

Out of these two options, I preferred the one with the bacon cheeseburger slider. :) It was actually not super cold, as I had feared. It was more on the lukewarm side than the hot side, though. The bun was a little dry, though. The burger was actually quite flavorful. They could have easily phoned it in on the slider, but I was actually quite impressed. If they had a set of sliders on the menu, I would probably order it...if you're reading this somehow Target Field food people, consider adding a slider appetizer. I would also recommend maybe brushing a little garlic + oil on the top of the bun so it looks a bit less...dry and is a bit more flavorful. :)

My mom really likes the Kramarczuk's sausages in general, so she was all about that tri-sausage skewer. These were a bit cold, though. Maybe it's because we went at the beginning of the season, so the outside temperature was...cold. (Yeah, super late post.)

It was quite a tasty Bloody Mary, actually. It wasn't overly watery and there wasn't too much ice. It also wasn't too vodka-y - you know when there's like those pockets when you're like..."oh mannnn, I guess I'm having a vodka shot right now."

That situation did not happen. It was quite well done! 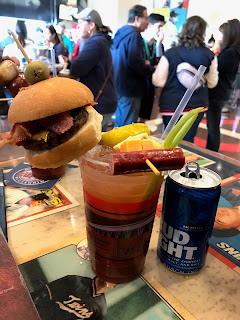 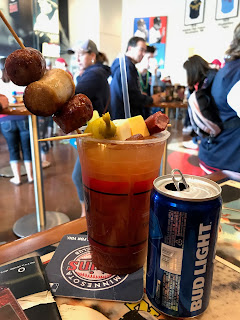 This is the menu. They do accept the Sweet Spot card, so season ticket holders can save some money when they show that card. There's a small food selection, this is definitely more of a bar than a food spot. If you're looking for more food and family-friendly restaurants, check out my other posts about Target Field here. 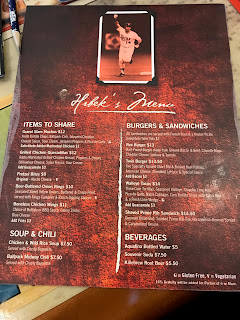 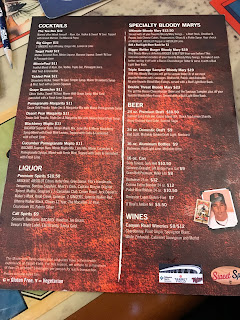 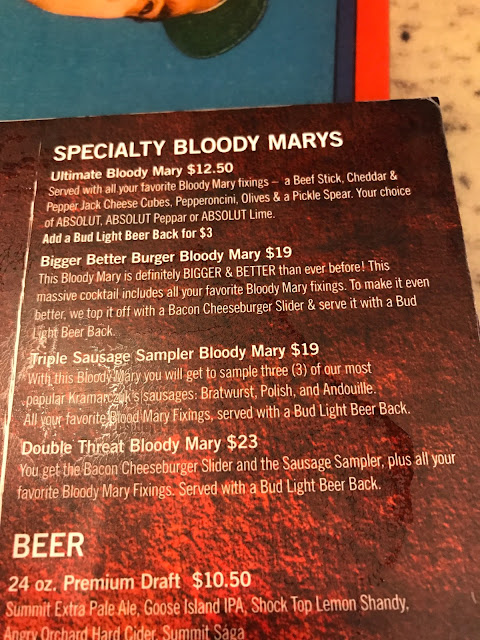 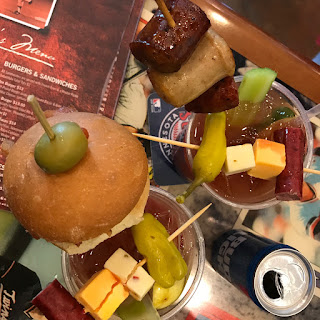 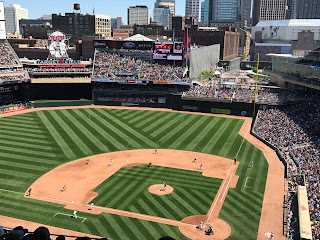