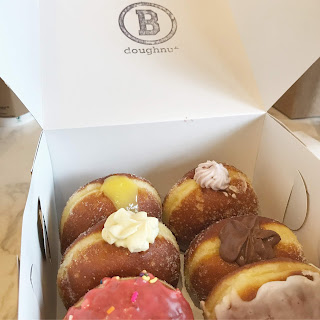 We had to visit B. Dougnuts in DC. It's also located in Union Market, like Salt & Sundry from last Friday's post.
We tried almost every single flavor. Gah. So fattening, but it was vacation and, as the young kids say, YOLO. 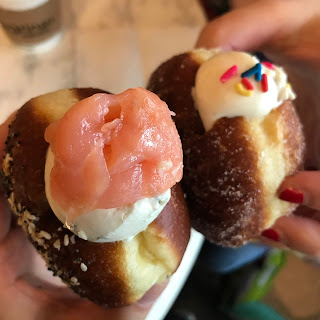 We went right when they opened. So, since it was so early in the morning, I decided I wanted to try one of their savory doughnuts, namely the Everything Bagel Doughnut with Smoked Salmon. Ever since I had the Everything Bagel doughnut from Blackbird Doughnuts in Boston (post here), I have wanted to get another one!

I was so excited when I saw this on the menu, especially since it came with a piece of smoked salmon on top.

Marissa got the Birthday Cake one since she's more of a sweet breakfast sort of person. She really enjoyed hers. 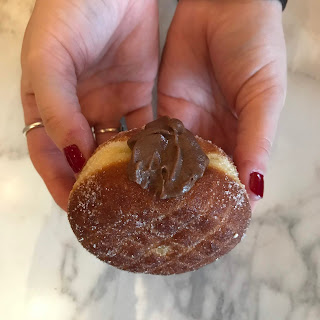 Marissa's friend got the chocolate one since she also enjoys a sweet treat in the morning. 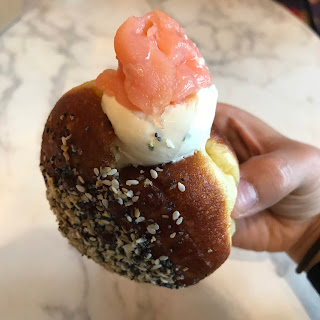 So, since I didn't try theirs, I can only comment on mine. It was SO GOOD. I think if you've never tried a savory doughnut before, it's kind of a difficult concept to wrap your mind around. The doughnuts are not sweet (malasadas, in this case), so it's kind of like just having savory cream cheese and smoked salmon on a fried piece of bread. I was honestly a little iffy about having smoked salmon, but since we were like the third people in line, I knew it was pretty fresh and didn't sit out too long. It was a little tougher than I was expecting, so, next time, I'd probably pass on the salmon.

Honestly, these were kind of cheap. I was expecting them to be about $4.50, but that's probably NYC talking. 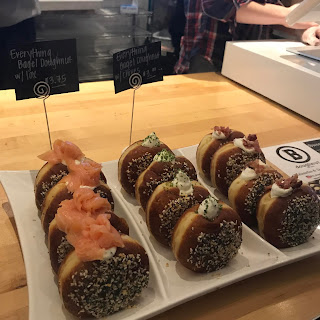 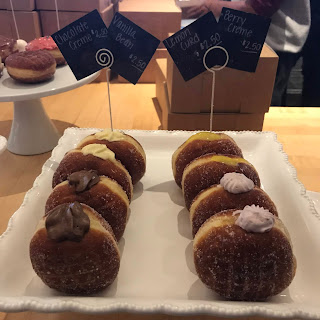 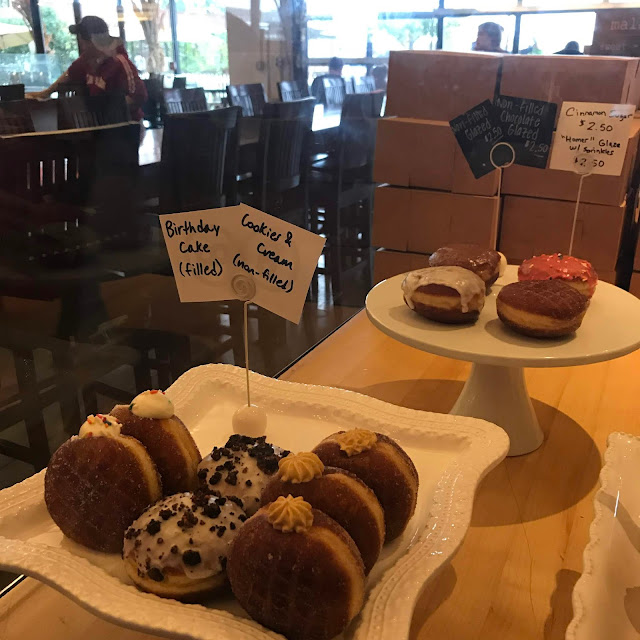 I may not have given these a fair shot, we kind of walked around with the box for a while, so we didn't eat them fresh fresh, but it may also be that I don't really like filled doughnuts as much as  I think I do.
5) Vanilla creme
6) Berry creme
7) Chocolate creme

I definitely recommend stopping by and checking out these unique filled doughnuts (malasadas). There's a rotating special flavor - this month was birthday cake. Since there are sweet and savory options, you're bound to find something for every single person in your party! 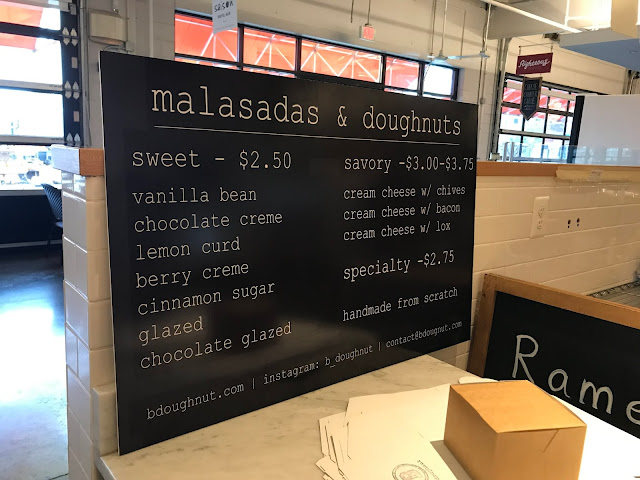 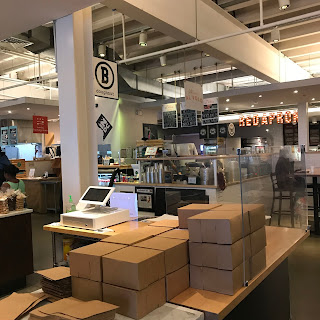 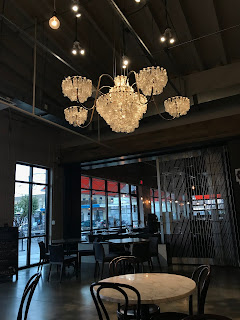 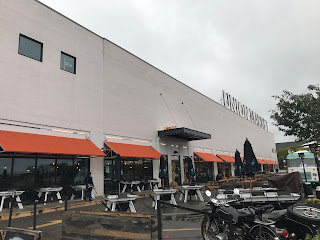