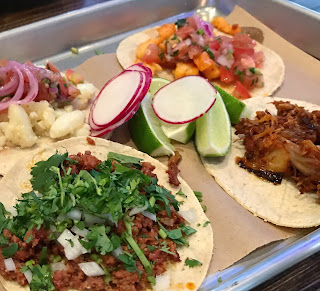 I was recently invited to the opening of Buddha Taco Bar, a new taco joint in Hamilton Heights, so I walked there from work/home to check it out.

From the PR email:

The space is open and bright, with floor-ceiling-windows and a cool, clean and minimalist beach vibe. And plenty of TV screens for anyone wanting to catch an event or game. Predictably, the menu is taco-heavy, which are all around $4.00 each. Favorites include Kimchi Pulled Pork (pulled pork with homemade kimchi tossed in sesame oil), Tinga Chicken (braised chicken with chipotle peppers and topped with cilantro and onions), and Portabella Mushroom (sautéed portabella with spinch and tofu, tossed in house salsa verde). A clear winner for non-taco favorite is the Brussels Sprouts (fried, with a slightly spicy honey glaze) for $8.88. Cocktails are around $12.00 and include a Mexican Mule (tequila, lime juice and ginger beer, splash of Cointreau and jalapeno slices), Oaxacan Old Fashioned (tequila and mezcal take whiskey's place in a south-of-the-border spin on this traditional recipe) and Matador (gold tequila, pineapple juice and lime juice). The draft beer list is extensive, craft and rotating.

I had previously written about another one of the owner's restaurants (181 Cabrini) back in my grad school days. We had the Brussels Sprouts that time. 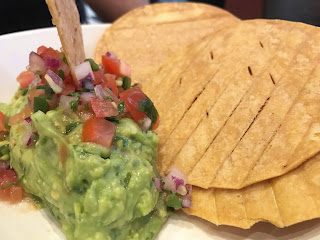 We were given the guacamole with chips. It was good, but kind of wish we were given more chips...the chips:guac ratio was a bit off. 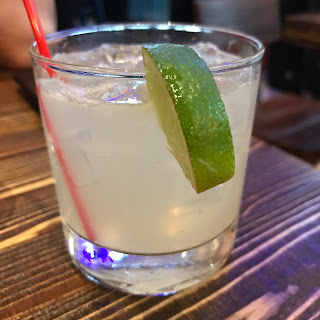 This is the Mexican Mule - it was missing the jalapeno slices that were listed on the menu...so it wasn't spicy...at all. It kind of tasted just like a ginger ale.
It was quite weak, as in, my boyfriend turns red at the first drop of alcohol and thinks all cocktails basically taste like rubbing alcohol (aka he's super sensitive to the alcohol flavor) and he was able to drink about a sixth or so of this drink....and took 20+ minutes for it to come. I'm going to chalk it up to soft opening issues... 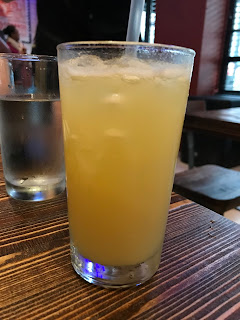 This is the Matador. Again, it took 20+ minutes to arrive...and was super weak. Again, using the boyfriend metric, he drank about a fifth or so of this and was like..."this juice is really good."

I wanted to try the Paloma, but again, it took 20+ minutes, so we just walked out without receiving it.

These were the tacos: 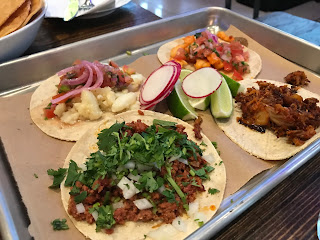 They were each priced at about $4 each (see the menu below).

Our ranking:
1) Shrimp - This was easily our favorite, esp if you add the table sauces.
2) Fish - This was also good, not fishy flavor.
3) Chorizo - It's hard to mess up chorizo. However, I definitely appreciated the piles of cilantro.
4) Kimchi Pulled Pork - This was meh. It was kind of dry, but oddly had grease running from it...and the kimchi flavor wasn't really there. Doesn't hold a match to the flame of Coreanos (or even Vatos)...or even Korillaz and I really don't like Korillaz. I'd say you should pass on this one.

These sauces were really nice, actually. Just so you know, make sure you super shake the sauces before trying to pour. They separate quickly, so, for example, you'll only get liquid from the green sauce and none of the "green" if you don't shake vigorously first. 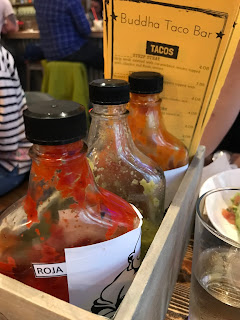 The sauces were roja, verde, and tequila. (The PR photo has a fourth sauce, but it was absent from our table). 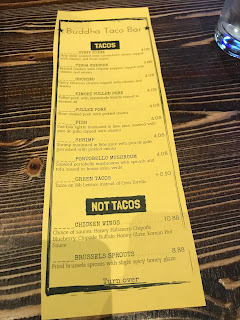 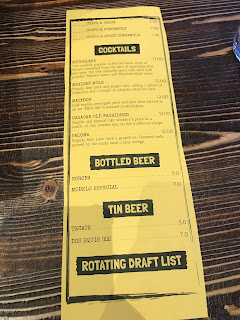 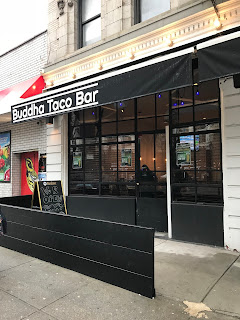 Overall verdict: I will probably stop by sometime for happy hour and give it a second shot. I think a lot of the issues were because it was severely understaffed for the event (!!!), combined with being open to the public (??), and, the cherry on top, was that it was new.

PR Photos of the Interior: 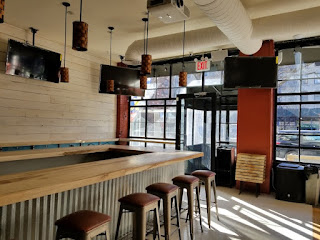 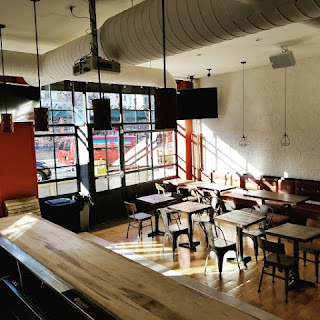