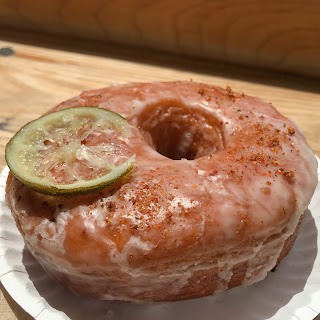 If you can't make it to Brooklyn, Dough doughnuts also has a location in City Kitchen, right by Times Square.

One of my favorite doughnuts in NYC is the hibiscus doughnut at Dough, but I couldn't resist trying the Margarita Doughnut when I saw it.

So, I really love the texture of Dough's doughnuts. They're fluffy and airy and not too greasy.

I also really enjoy that they're not overly sweet or sugary.

I usually get the hibiscus one because it's sour, but kind of sweet at the same time.

However, when I saw the "doughnut of the day" was margarita because it was Cinco de Mayo, I knew I just had to try it. 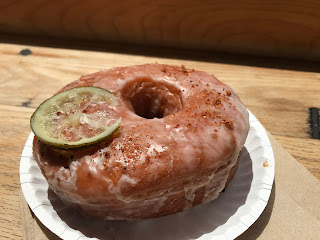 This taste just like a margarita, but in doughnut form. It was not too sweet, but you could still taste the sweetness from the agave (?). There was also a strong lime/citrus flavor to it. The seasoned salt sprinkled on top of the glaze and the dehydrated lime slice just enhanced the overall flavor.

My boyfriend always says that he hates doughnuts, but after a small bite, he decided he wanted half of the doughnut. "I've never felt refreshed after eating a doughnut until today," he says.

Like my previous experiences at Dough, this doughnut was nice and fluffy and not oily or greasy. And, even still, you knew you were eating a doughnut.

We stopped off at the City Kitchen location (8th Ave at W 44th). 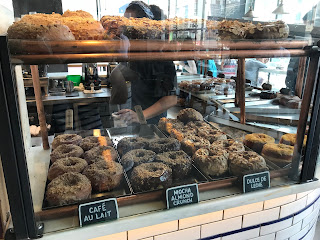 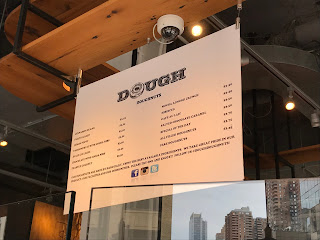 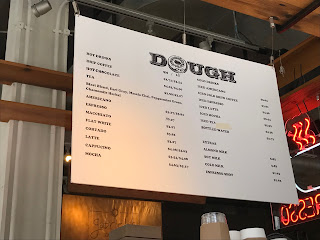 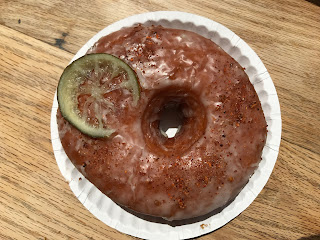