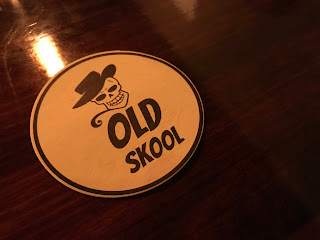 We stumbled upon this bar one night. Old Skool is cheap and pretty quiet for Seoul!

It's in an area we don't usually go to, but it was in between my neighborhood (Sadang) and my friend's neighborhood (up north by Hyehwa) - my other friend was in Seoul on vacation, so she didn't have work obligations in the morning the next day...so not trying to say she doesn't count, but she kind of doesn't count.

This is Sookmyung Women's University (near Seoul Station in Yongsan-gu), it's on line 4. I think I have written about a few places around here before because it's kind of super cheap and I like to explore random places in Seoul. 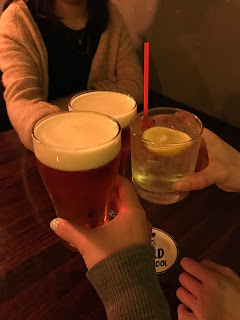 Since I was kind of going out for drinks in Gangnam-gu or Songpa-gu with friends and work friends, I was used to paying more than 10,000 KRW (more like 15,000KRW) for a cocktail, so this menu's prices were so refreshing.

I only wanted a beer that day, but I would definitely go here again for a cocktail (esp after having a sip of my friend's).

Red Rock is crazy cheap at Old Skool! It's only 3800 KRW. If I go out for a beer with friends, we usually end up doing math and end up doing a gross Korean beer like Hite in the 2000cc pitchers, so it was nice seeing that you can get a regular beer that doesn't totally taste completely like water for less than 5,000...much less. [We also like going to Happy Hour at Bronx]

You can also get a Max for 2800 KRW...I actually kind of like Max. It's one of the Korean "flagship" (?) beers that I can sometimes drink...the other is Kloud.

My other friend got the Max because she wanted to spend as little as possible. My other friend got a gin and tonic for 5000 KRW. We were all a little iffy about how good it would be at such a cheap price, but we're happy to report that it was actually pretty strong. Not over tonic-ed. 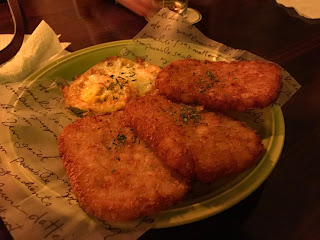 We saw hash browns on the anju menu, so we decided straight away to go for it. Can you believe it? We got these crazy good, super crispy hash brown patties (and randomly...a fried egg).

So, this is one of the only places to get really nice hash browns in Korea, so definitely let your friends know! They were slightly expensive 7000KRW, but given how cheap the rest of the menu is, my guess is the anju is how they make a profit. 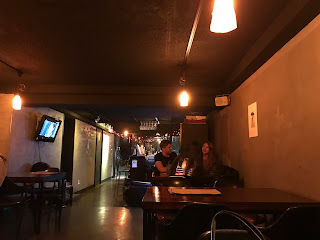 It was a Thursday night, but it was just us, this group of four college kids, and this random couple. It was so quiet. It was great for us since we just wanted to catch up.

The service was pretty good, actually. Maybe it's because there were almost no customers(?). 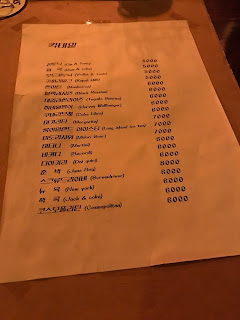 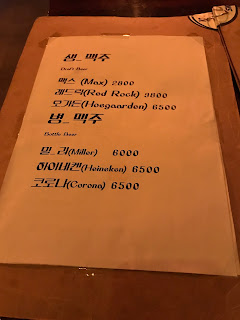 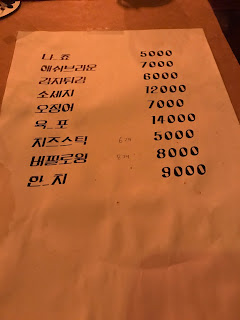 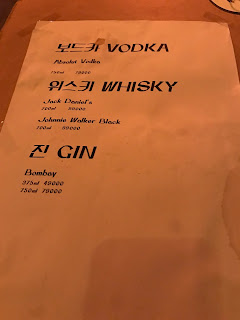