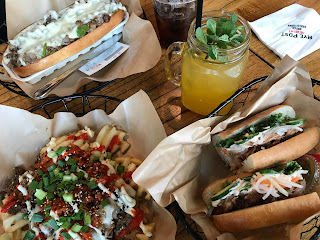 Have you tried Rye Post yet? It's located right on the main street in Itaewon and is a go-to shop for consistently high-quality sandwiches and fries.

Also, a bonus: WAFFLE FRIES IN KOREA!!
After living in Korea a long time, I started having weird cravings...like for sandwiches. While living in the US, I rarely, if ever, have a craving for sandwiches, so it was a strange phenomenon.

Also, did you know they sell waffle fries?!?! 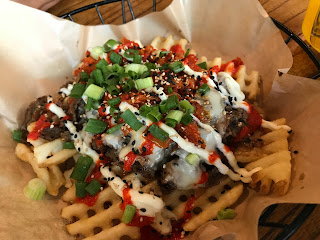 Whenever I go, I always make sure to get the bulgogi kimchi fries. It's a sizeable portion and is definitely a shareable portion. The fries are nice and crisp even after the toppings have been added. The beef is nice and flavorful and, even though I'm a Korean who doesn't really eat kimchi, the kimchi adds a nice dimension of flavor to the saltiness of the fries and the sweetness of the beef. 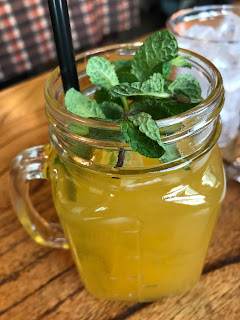 I usually get a beer since they have a pretty good rotating draft list, including local microbreweries.

This time, I decided I wanted to try the ade. It's so cute. It was quite sweet for me, though, so if you're sensitive to sweetness you may want to think twice. 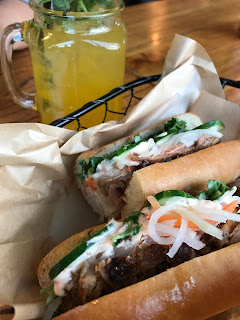 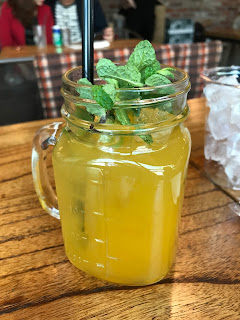 This time I decided to get the Banh Mi. I was craving a banh mi and it's actually quite difficult to get a good banh mi in Seoul. After trying a bunch of the popular places I was referred to, I still the banh mi at Rye Post is one of the better ones, or at least the most consistent. It is not super authentic or anything, but it also hasn't been too "Koreanized." The pickled vegetables were pickled, but not too briny. The vegetables were nice and crisp and it was topped with some cilantro, too. My favorite! It's so hard to find cilantro in Korean restaurants because so many Koreans dislike the flavor. 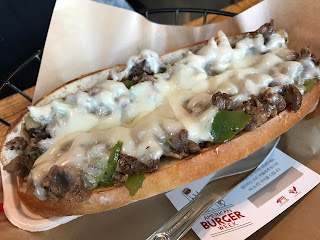 My friend got the Philly Cheesesteak sandwich. It was so delicious. It was hot and the cheese was oozy and the beef was quite tender and flavorful. Definitely recommend it! 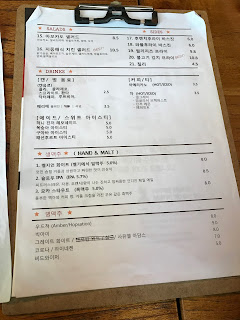 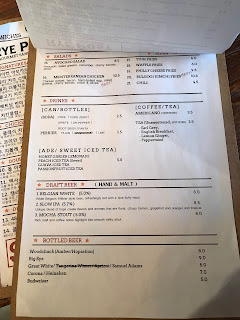 There is an English menu! The staff speaks English, too, so don't worry.
(Full disclosure, I went a while ago and I know the menu has expanded since I last went, sorry!) 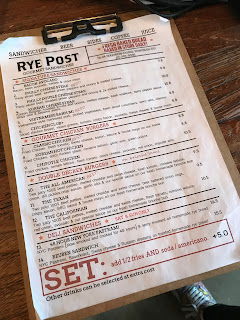