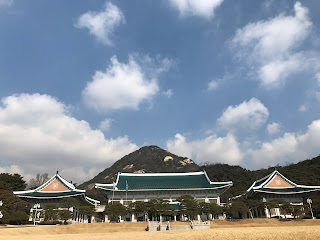 One thing I knew I wanted to do before leaving Korea was visit the Blue House (Cheongwadae Sarangchae 청와대사랑채) - the Korean President's house.

It is kind of a challenge to get tickets if there are only a select few dates you can visit, either because of travel dates or days off from work.

You have to register at least 3 weeks in advance and Saturday tickets are reserved really quickly.

You MUST bring your passport with you to the tour.
They will check it against the numbers provided in the reservation.

Sorry, I don't have many pictures because it's quite strict what you can/cannot take pictures of...plus, I had meningitis, etc. So, that dates this post a bit...it's from like a year ago...so we went right at the last week of President Park Geun Hye's presidency...as in, this was the week the police investigators went in to the Blue House to remove all possible evidence.

The tour is FREE!

You have to meet the tour group at the East Parking Lot of Gyeongbokgung Palace. I tried to make a cartoon map using Google Maps, but if you see where the star is, that's ACTUALLY where you go. The parking lot is quite big and there are tons of tour buses everywhere, so it's kind of complicated.

After you board the tour bus, you are brought to a security screening center. Your bags and person will be x-ray screened. You're not allowed to bring food/beverages FYI.

Then, you are brought into a screening room that tells you a little about the history of Korea/Korean democracy and the Cheongwadae and what its functions are. It's about 10-15 minutes.

Make sure you ask for a headset if you're not given one/you don't speak Korean fluently as all of the tour is given in Korean.

As the video finishes you are then herded off into your smaller tour groups. You are given a small gift for participating. 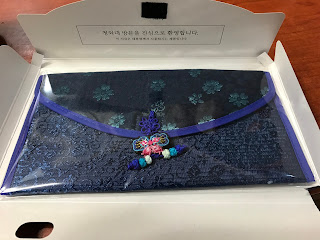 Then, you're escorted outside and the remainder of the tour is outdoors. There are 6 spots where you stop to learn a bit more about.

However, of the 6 locations, you can only take photos at 3 of them. However, since it was winter, it was a bit of a letdown photo-wise. 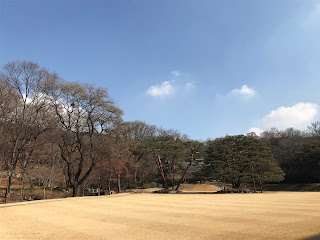 As I said, winter...but this is the oldest tree on the grounds, located at Nokjiwon.

This is Cheongwadae. The buildings flanking Cheongwadae are for King Sejong and Admiral Yi Sun Shin 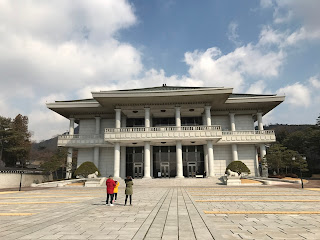 This is the final stop on the Cheongwadae Sarangchae Blue House tour. It's the State Reception House.

Overall the tour was roughly one hour. There's not much chance to ask questions if you don't speak Korean, but if you do, or if one of the security personnel speaks your native language, you can definitely ask questions. 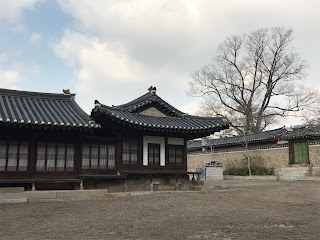 At the end of the tour of Cheongwadae Sarangchae, you can stay on to see the additional tour of Chil Gung (칠궁) - seven palaces. Honestly, this was probably more interesting than the Blue House Tour. 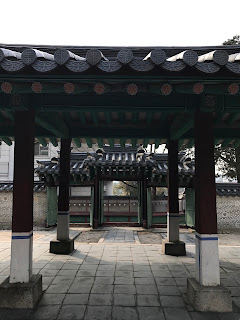 This is actually not a palace, but is rather a shrine to the seven concubines of the Chosun dynasty. Each of the concubines produced a son that became an emperor of the Joseon dynasty. Since they were not queen, they could not be buried at Jongmyo shrine. As a result, they were buried right outside the gates of Cheongwadae and Gyeongbokgung Palace.

After an assassination attempt on the life of President Park Chung Hee, Chilgung has been closed to the public. The ONLY way to see Chilgung is to join the Blue House tour group. 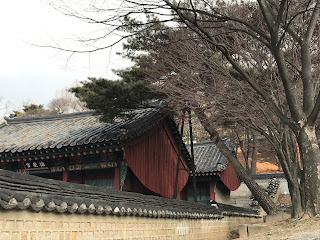 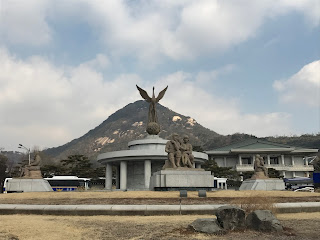 After you finish the tour of Chilgung, you're ushered back to the endpoint of the Blue House tour. There, you can wait for the shuttle back to Gyeongbokgung station or else walk back alongside the fence.

If you can't get a tour reservation at the Blue House, I recommend checking out the Discover Seoul Pass or the Deoksugung Palace Night Tour (+Gyeongbokgung Palace Morning Tour option) package. The night tour is actually my dream! I've never been able to go.