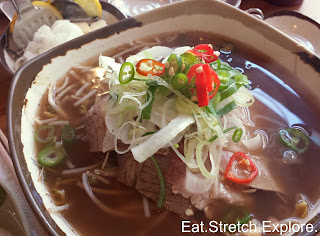 Went to Pho 36 Street in Goshichon area for some delicious pho!

Chilly winter days in Seoul means it's time for soup every day!


Goshichon 고시촌 is an area in Seoul where hopeful future diplomats live and prepare for the diplomat exam.
It is also pretty close to Seoul National University (and the SNU Language Institute dorms), so there are plenty of students around, too.

Pho 35 St is kind of a chain (there are a couple of stores in Seoul...at least one other in Edae).
I really like it because the food is plentiful and the broth is highly flavorful.
The location in Sillim is the original store.

I have eaten at the Edae store, too, but the location in Goshichon serves a much more flavorful broth. The one in Edae was a bit too black peppery for my liking...and too salty.

The pho I ordered is P3...which is a combination of the thinly sliced steak and the briskets. 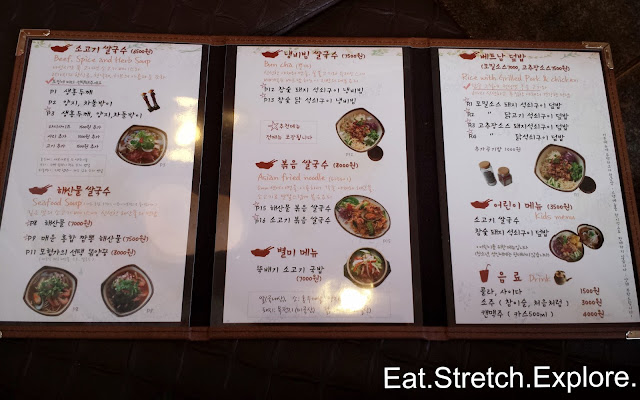 The Goshichon location's menu is very simple.
Pho:
P1: Thinly sliced steak
P2: Beef brisket
P3: Combo
The base price is very cheap for pho in Korea! 6500KRW
You can upgrade the size, topping, or meat for an extra 1500 KRW each.
Since Korean people do not care for cilantro, you will have to ask for it (no extra charge). The Korean word for cilantro is 고수 gosoo. 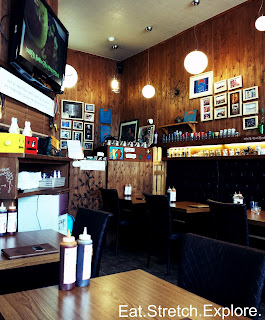 The interior is a bit cramped. There are seats for about 16~20. If you try to go on main eating times, you'll likely have to wait outside for a bit. There's a little bench outside the store. 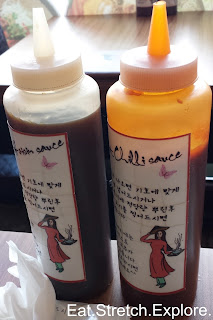 What is pho without sauce?

Oh, also a really great thing is they give you slices of lemons in a really cute little lemon squeezer, so you don't get your fingers messy.


Also, instead of water, you are served a nice jasmine green tea. Sadly, it's cold tea...which doesn't totally help in the winter, but it's nice nonetheless. 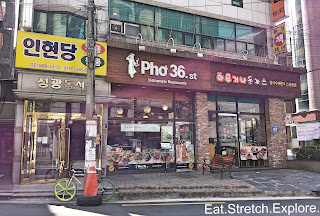 Location:
From SNU Main Gate you can either walk or take a bus. It'll be about a 20~25 minute walk.
Take the bus in the direction away from Seoul National University Station.