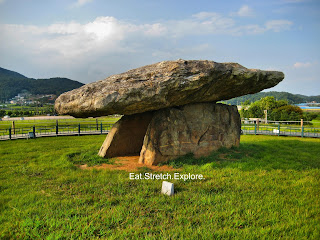 Ganghwado is really beautiful and is a great daytrip from Seoul! It is actually RIGHT by North Korea and you can actually see North Korea from some parts of the island.


The main draws, apart from the beaches and water activities, are the dolmen groups, UNESCO World Heritage Site, which was one of my first stops.

I went to visit my friend at her place. Her family lives in Ganghwa and wanted me to visit. Even though it's technically in Incheon, it is kind of separate and the feeling of the community is really different, everyone is very welcoming and friendly.

I am always going to remember this day as the day my friend's mom tried to get me into North Korea. I'm not even kidding. She wanted me to see North Korea from one of the mountains on the island. North Korea is so close to Ganghwa that they have military checkpoints at the base of the mountain. Just a few weeks prior, some North Korean defectors had been found hiding on the mountainside.

Anyway, you cannot go to DPRK from Ganghwa-do. The military officer had a long discussion with my friend's mom about it while my friend, her cousin, and I were sitting in the car. Mortified.

North Korea is right across the channel on the north part of Ganghwa Island, so there are a few more uniformed military personnel than you will see in Seoul and other cities.

The island is separated from the mainland and can be reached by one of two bridges over the Han River, so it is becoming more like the mainland, but there are still prehistoric artifacts and sights and much of the island is not developed.

It was great to visit because the air was so clean and I thought it was great to see what Korea used to look like before there were so many apartment building skyscrapers. It was also super homey and there was an actual sense of community, with neighbors greeting each other, etc. 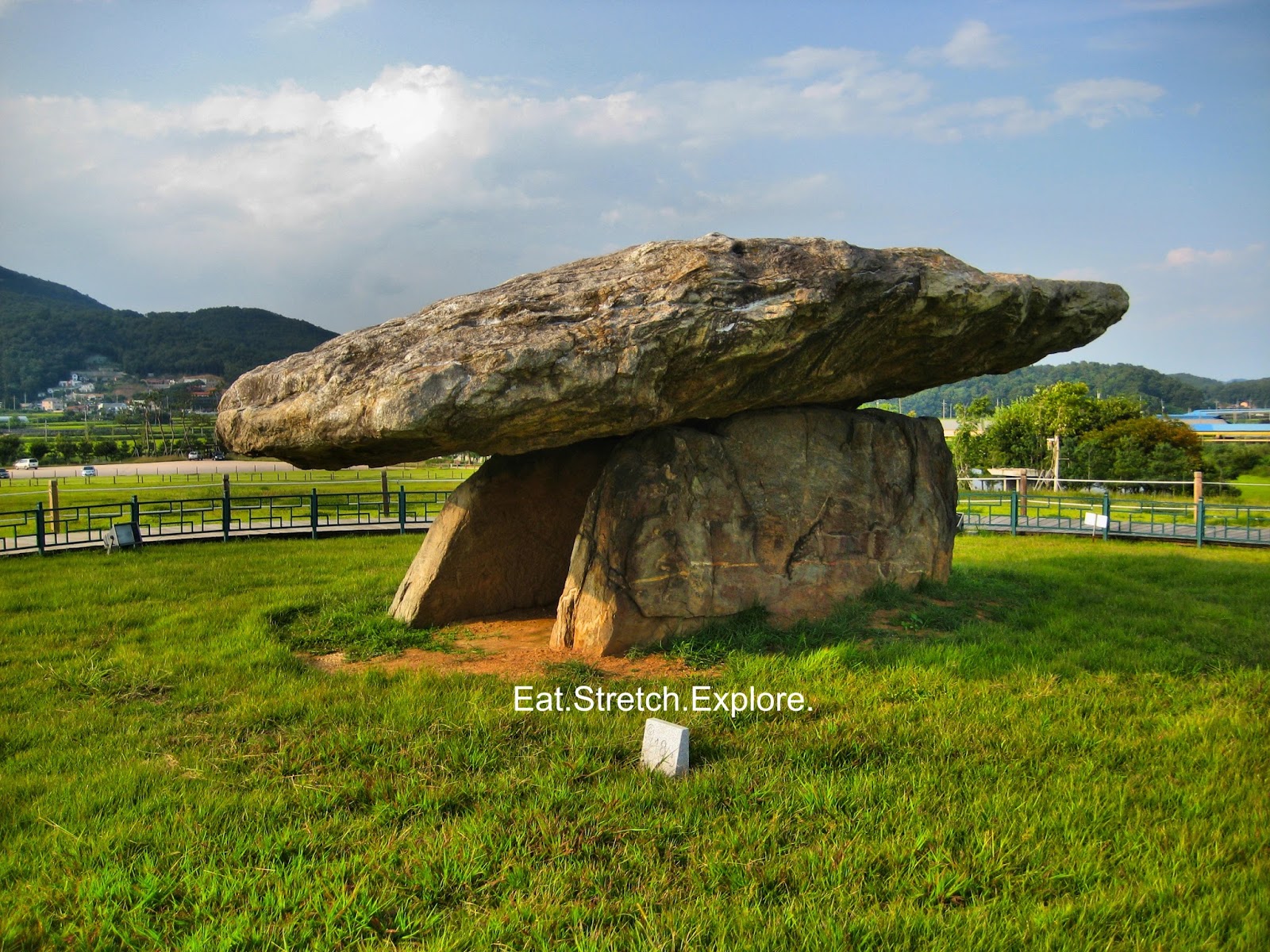 Okay, so the dolmen on the island is one of the major draws. These goindol were actually tombs in the prehistoric age and were also used as altars.

It is pretty impressive that these dolmens have survived and are pretty much untouched by man.

I have seen dolmens in the United Kingdom, so it was very interesting to see the Korean version up close.

There are about 7 dolmen groups on the island. The one I went to was the Bugeun-ri Dolmen, which is one of the more popular and easily accessible ones and is also a UNESCO World Heritage Site. 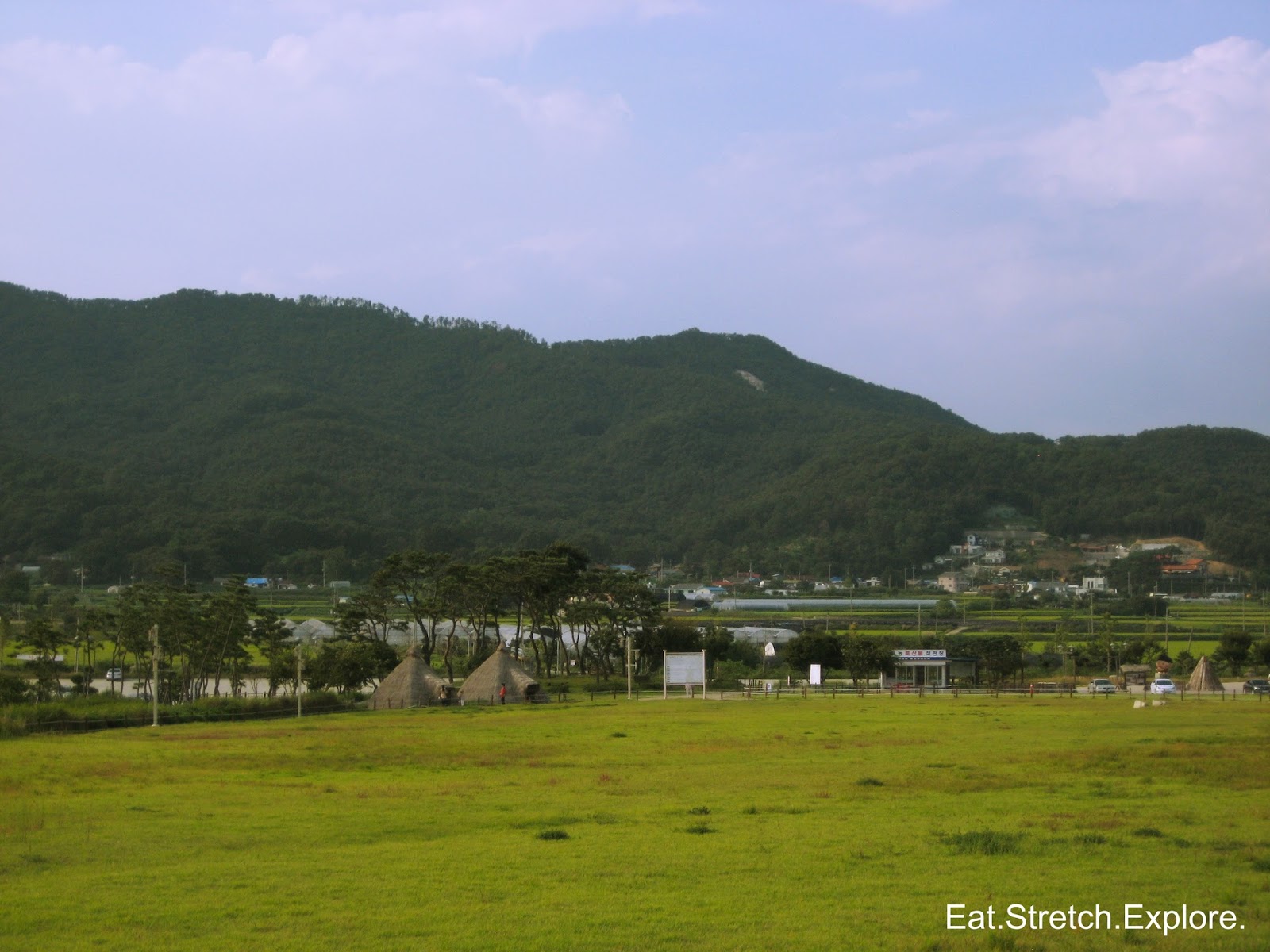 There was also some recreations of what life may have been like in the Bronze Age, including huts and other recreations (pictured on the right).

Since it is a rural county, access is a little difficult, which may be why not many tourists visit. My friend's family drove me around the island, but there are buses and the occasional taxi.

How to get there:
From Seoul's Sinchon Station's Exit 4, walk toward the CGV. There is a large bus stop in front of the CGV. Take the #3000 bus to Ganghwa Terminal. From the terminal, you can take many city/county buses to the tourist destinations. There are also tourist buses available that go around the island.

There are English tourist maps available at the station.