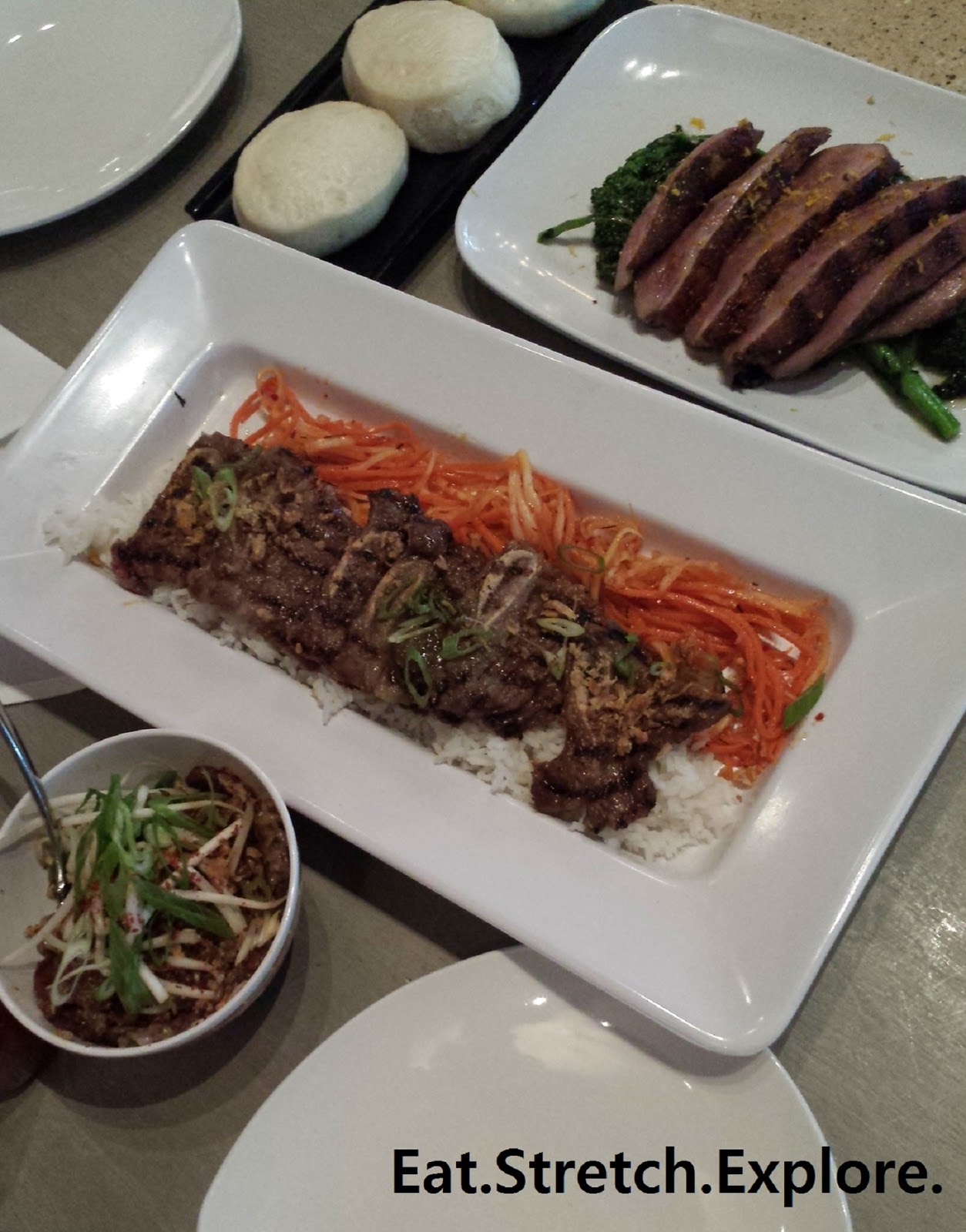 BellyQ﻿ is a modern Asian fusion restaurant on Chicago's West Side.

We made reservations on OpenTable since bellyQ seems to be quite popular among the young professional crowd and we were planning on eating around 7. When we got there, the restaurant was pretty empty, but as we were figuring out what to order, the restaurant filled up!

The restaurant sources its ingredients locally, which is great! I am very much in favor of a more farm-to-table or locavore model. The 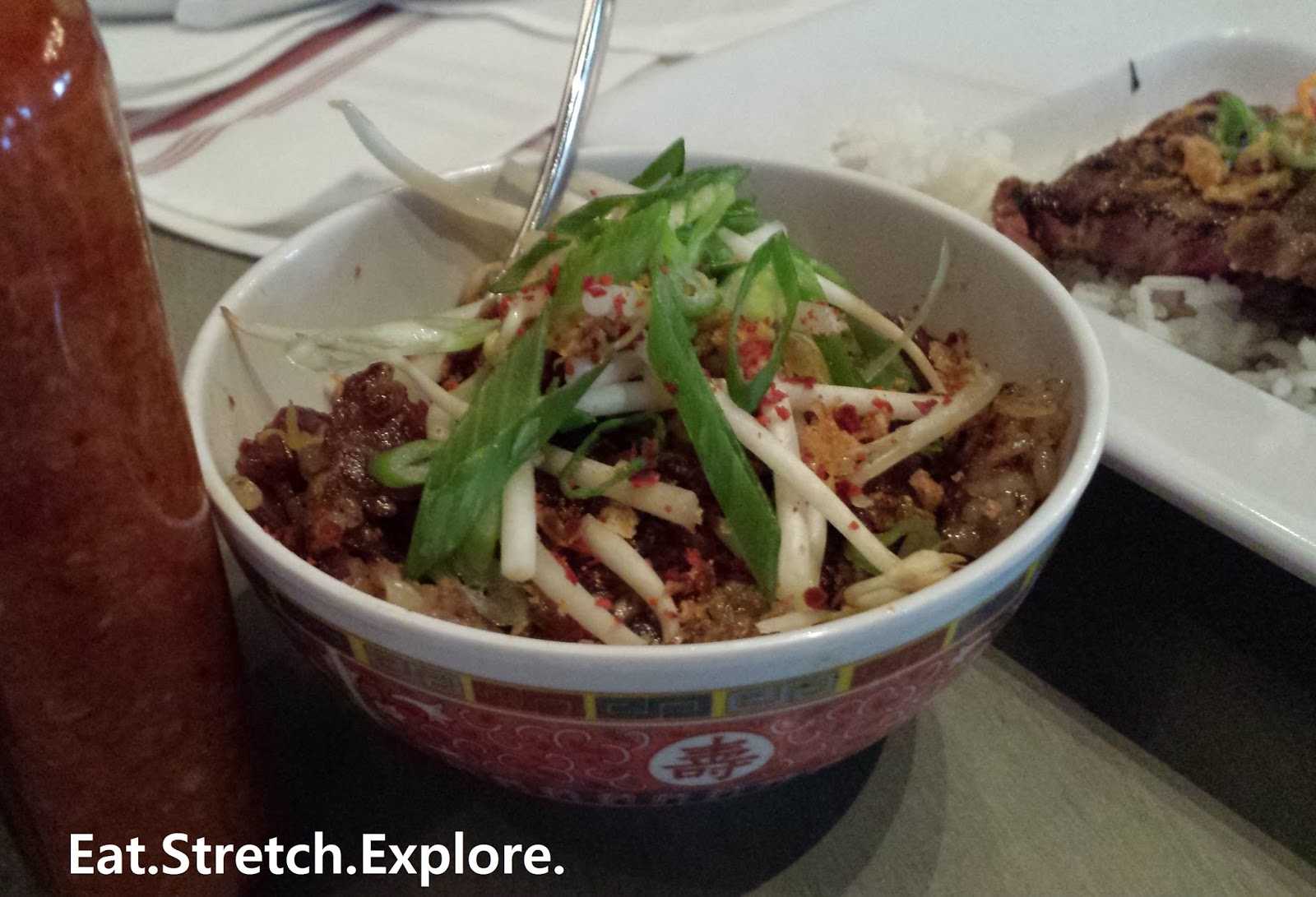 To start, we ordered sticky rice ($5). It is topped with bean sprouts and flavored with dried shrimp, and togarashi (Japanese chilies), with Chinese sausage and mushrooms mixed in.

We just actually wanted rice and this was the only option on the menu. It was okay, but, unfortunately, was served to us only slightly warm, it seemed like it was sitting out waiting for our other food to be done.

The flavors were nice together, though, andwould be much more tasty if served hot. 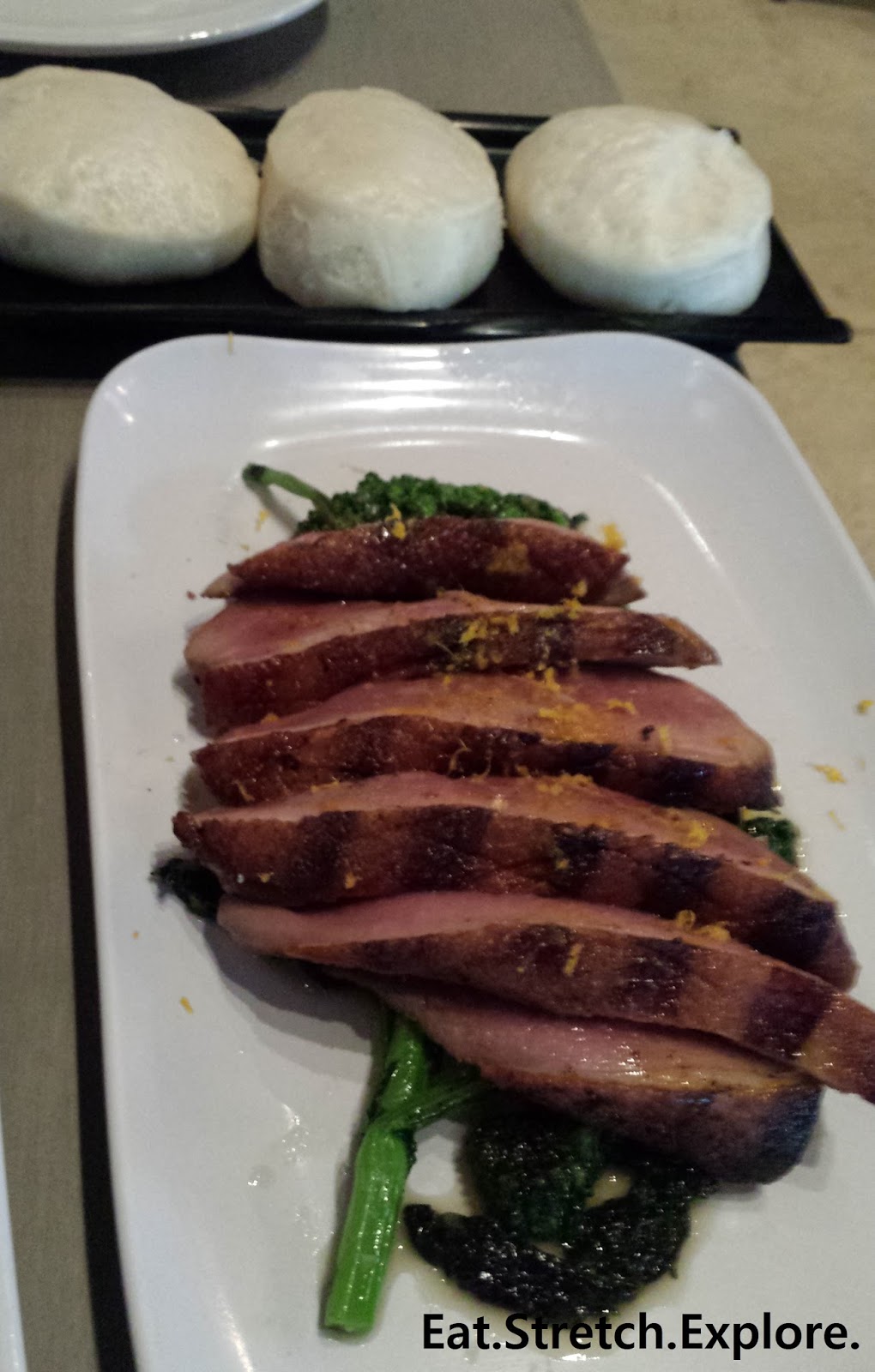 We decided on the Tea Smoked Duck Breast ($26). It is served with Chinese broccoli and three gluten-free steamed buns. This was one of the most popular items on the menu, according to our very friendly and knowledgeable server.

I really enjoyed the duck! I think it was our favorite item of the day. You should definitely choose it. The flavor was very good and ours was cooked perfectly, not too rare and not too chewy.

The duck had a smoky and kind of spicy fruity flavor because of the tea smoke, which complemented the savory duck meat flavor very well. It was slightly salty, though, not sure if it was the meat itself or the broccoli.

The steamed buns were a nice accompaniment to the dish. 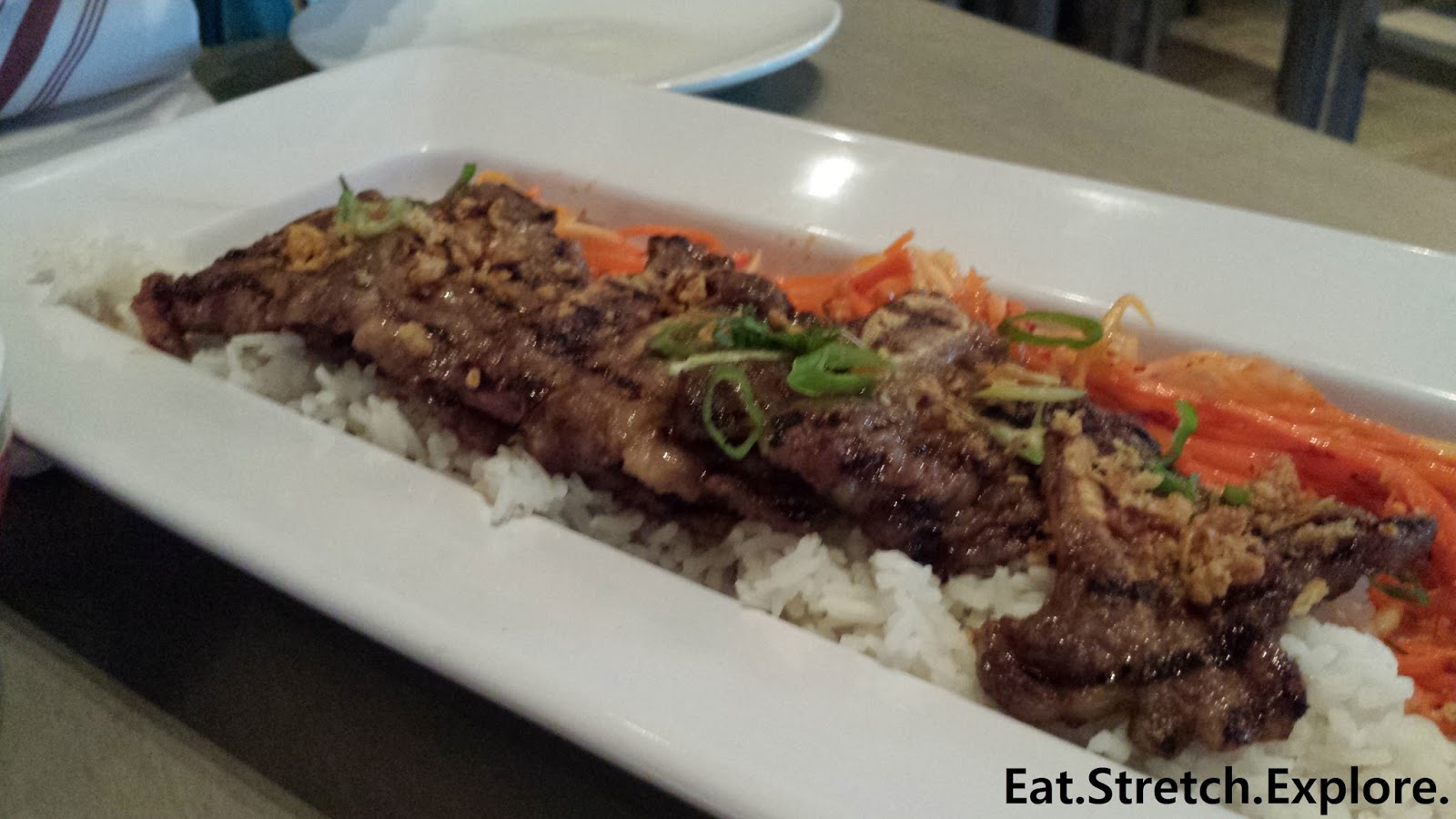 Since we both wanted to get Korean food, we also ordered the Wagyu Korean Short Ribs (Half-order $18, Full-order $36).

It is served alongside carrots and crispy shallots and atop a serving of white rice.

The presentation was quite nice. The flavor was a little unexpected, in my opinion, probably because of the fusion-style of the restaurant. The marinade seemed very sugary to me, which did not exactly fit my flavor preferences for Korean meats.

We were tempted by some of the desserts, ahem they had Vietnamese cinnamon doughnuts, but this was only stop number one on our dinner tour, so we passed.

The service was pretty attentive when we arrived, but as the dinner continued and it got to be busier in the restaurant, it kind of felt like we were being forgotten. 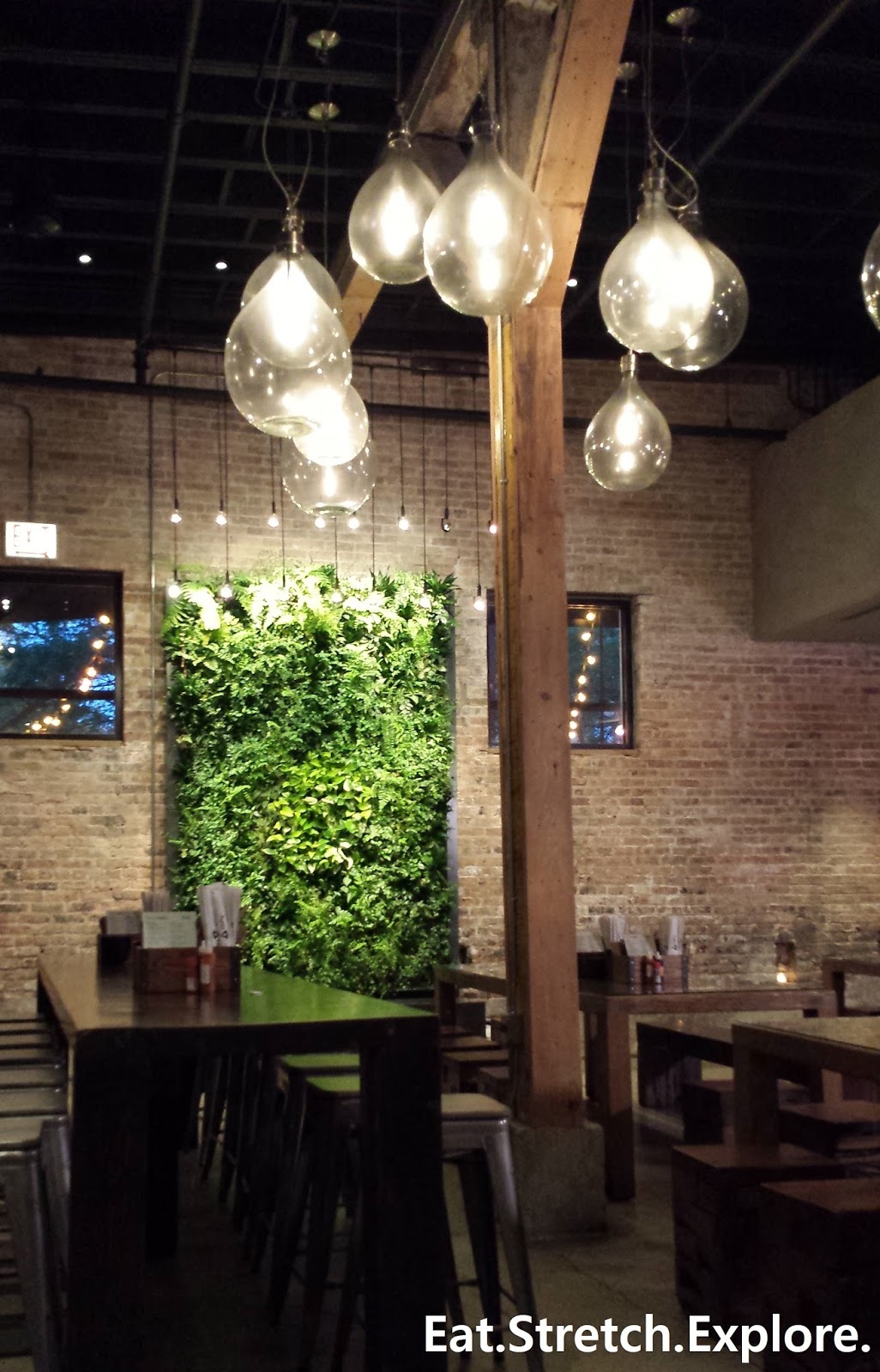 The décor and ambiance is very modern. They were shooting some TV segment in one room for most of our meal, so they had separated the two room, probably adding to the full dining room experience, but this was what was revealed to us when the partition was removed (right). So cute!

The restaurant is pretty loud during peak hours, so keep that in mind.