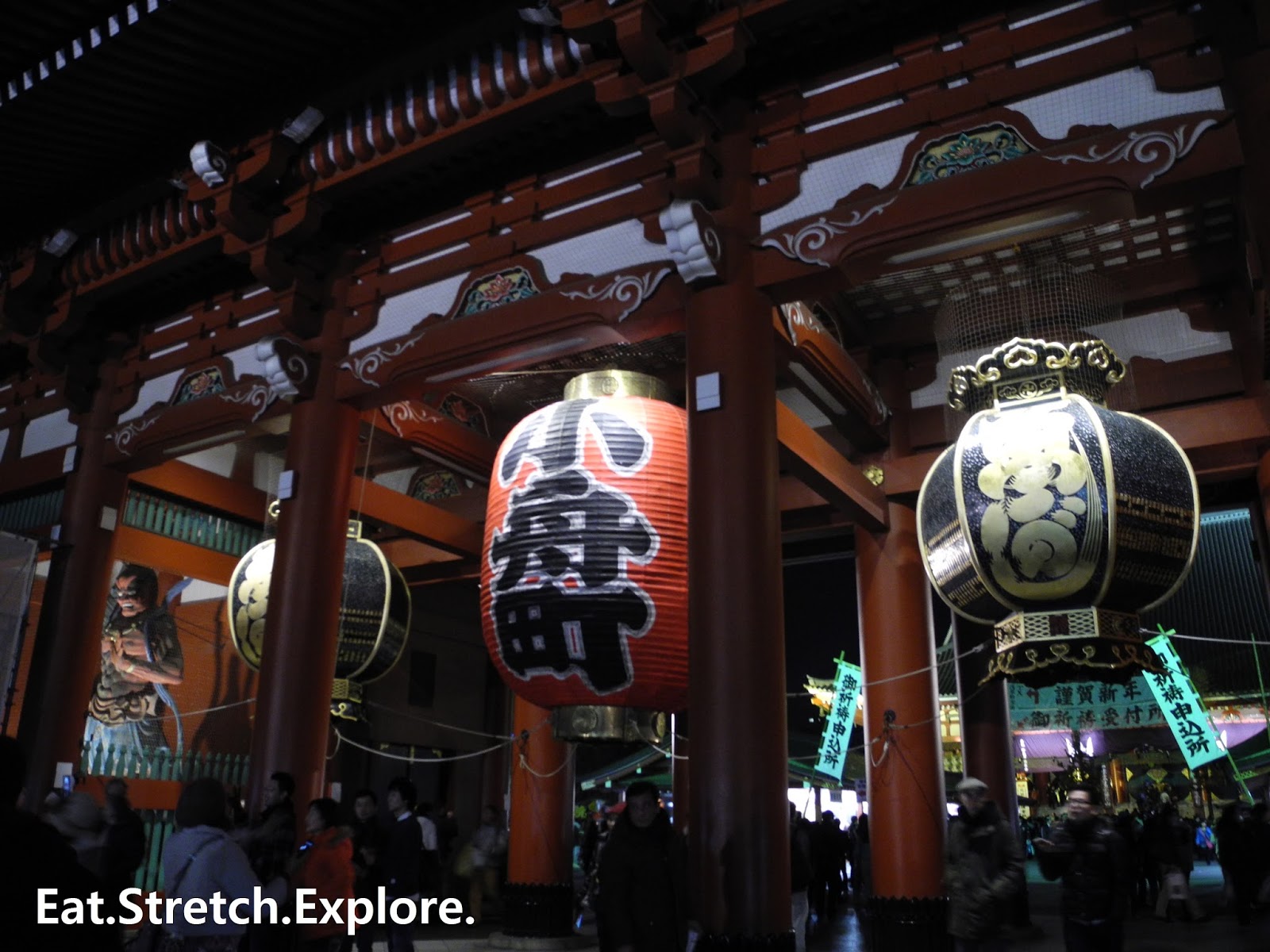 I decided to do hatsumode at Senso-ji Temple/Asakusa since my hostel was very nearby, in case the subways were too packed and I just wanted to walk back.

Hatsumode is an annual Japanese tradition. It is the first visit to a temple or shrine in the new year.

There were SO MANY people there when I arrived around 10PM. It was so crazy. I was expecting crowds, but there were far more crowds than I had anticipated for arriving so early. I wanted to get there early because I had planned to meet my friend early in the morning, so I didn't want to stay out too late. 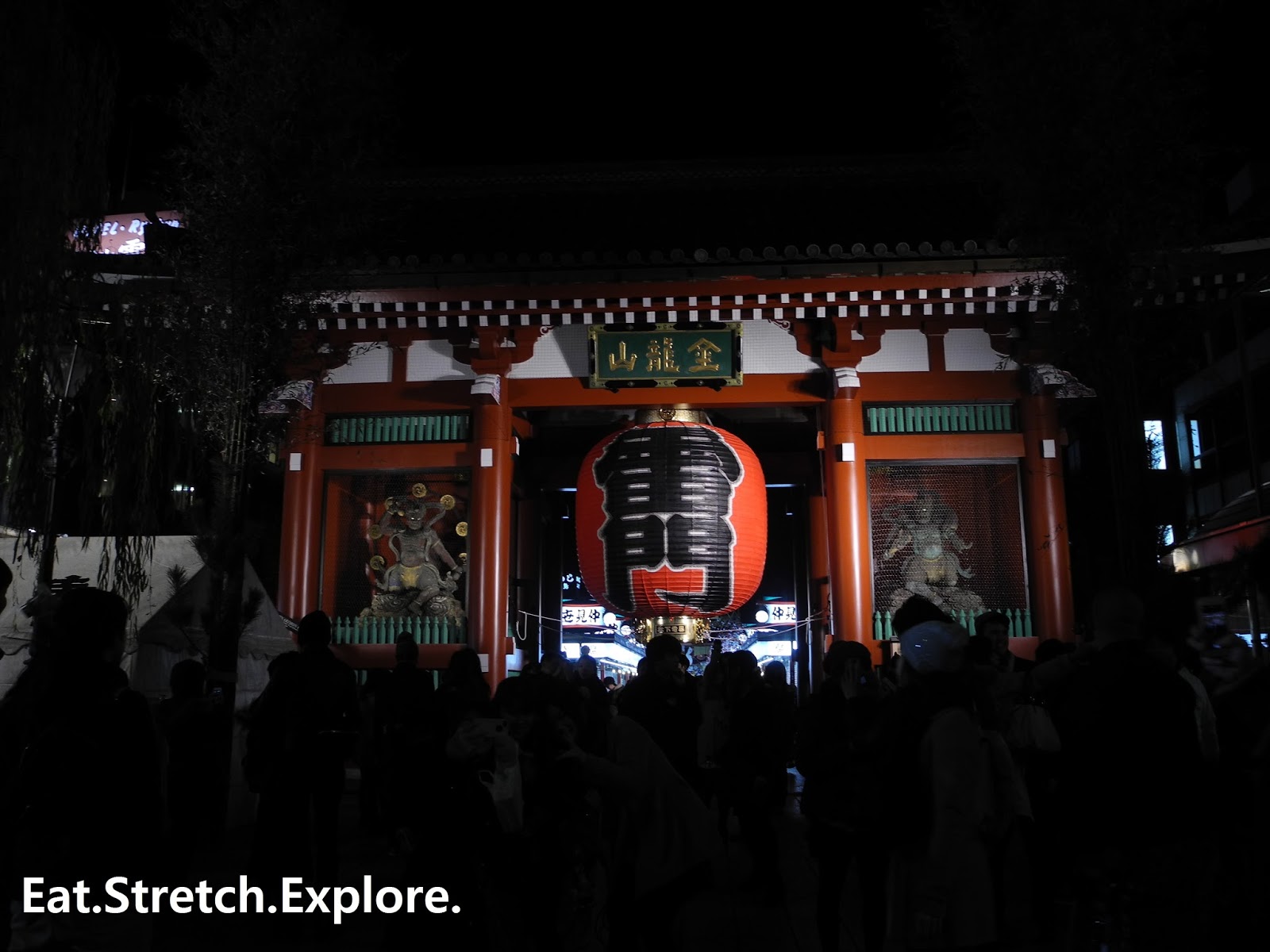 The temple is really beautiful at night. The Kaminarimon Gate is always beautiful, but when it is lit in the dark of night, it is especially pretty. 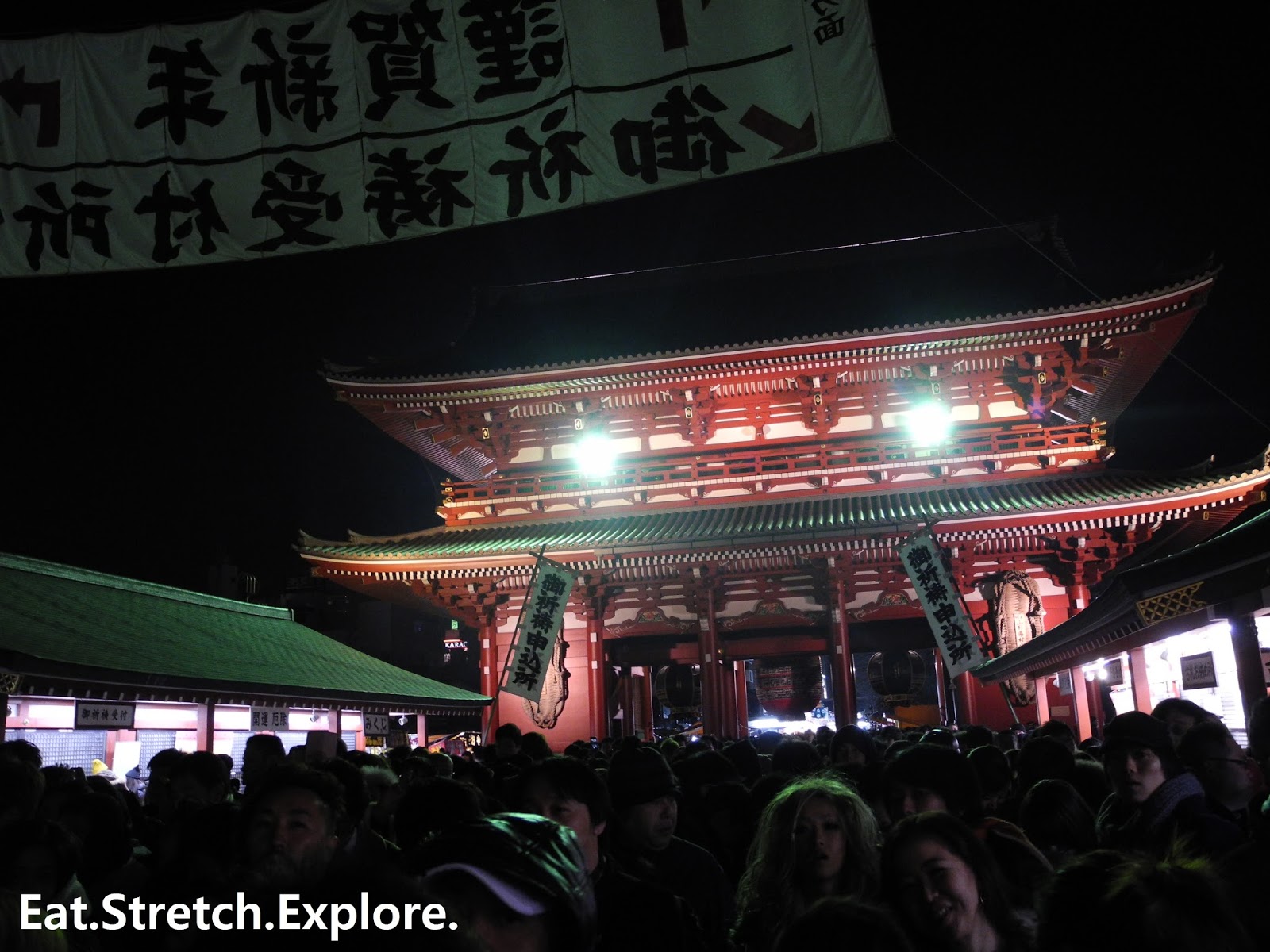 As you can see, I was there pretty early. I was in the front part of the mass of people waiting to go into the temple. I think I was maybe one of the first 200 people.

Since I was traveling alone and didn't know any Japanese, I was a little unsure of what I should do/where I was supposed to go. Luckily, I heard some people speaking English about the same issues. I made 2 new friends from Australia while waiting in the crowd. I was about to go up and ask the white guy a couple of people in front of me if he knew where we were supposed to go, but then we decided to just stick together. 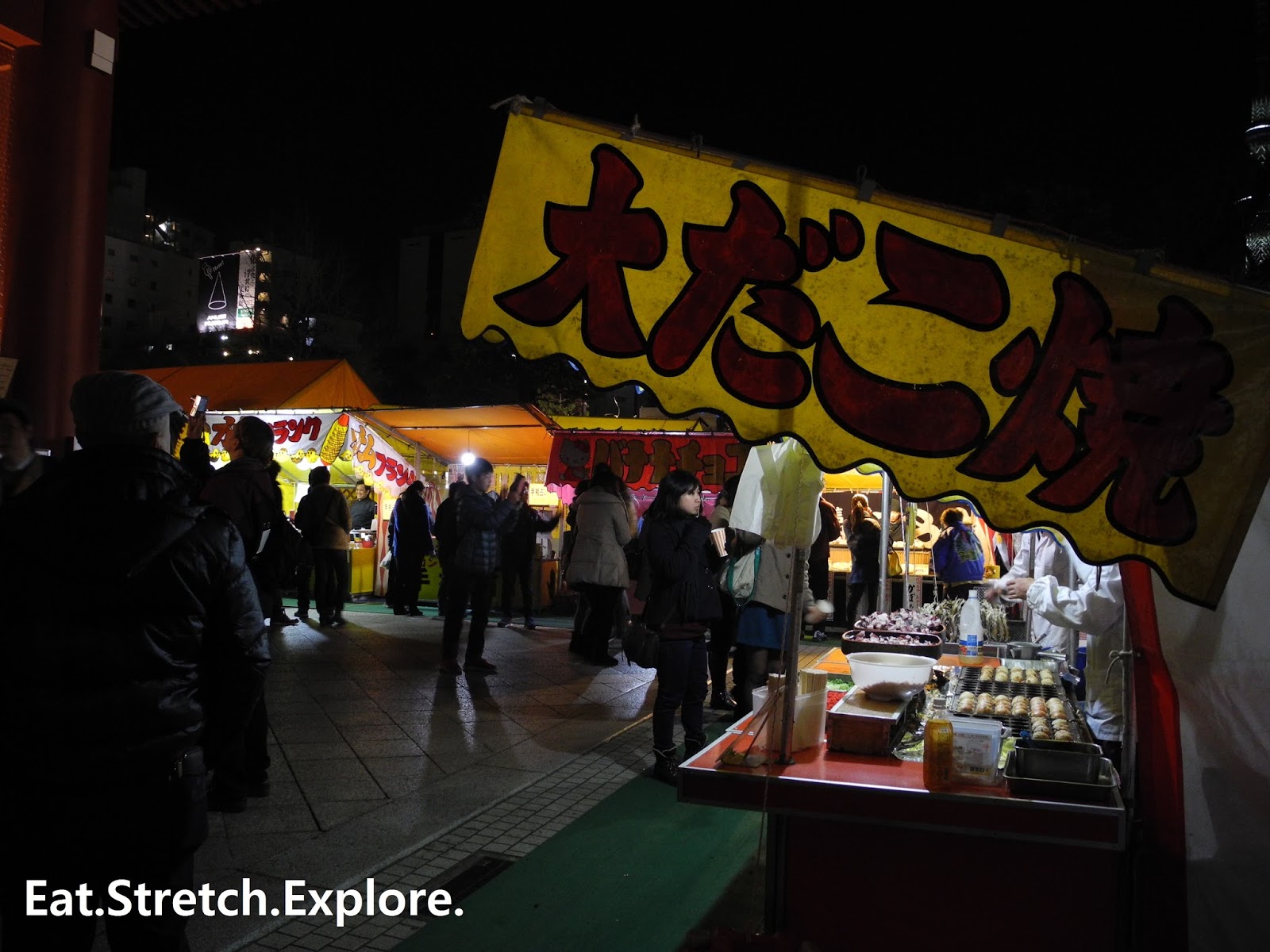 Starting December 31, all the shrines and ﻿temples in Japan have these food stalls and market places open for the crowds.
I stopped in one and bought a new year's lucky charm (omamori). 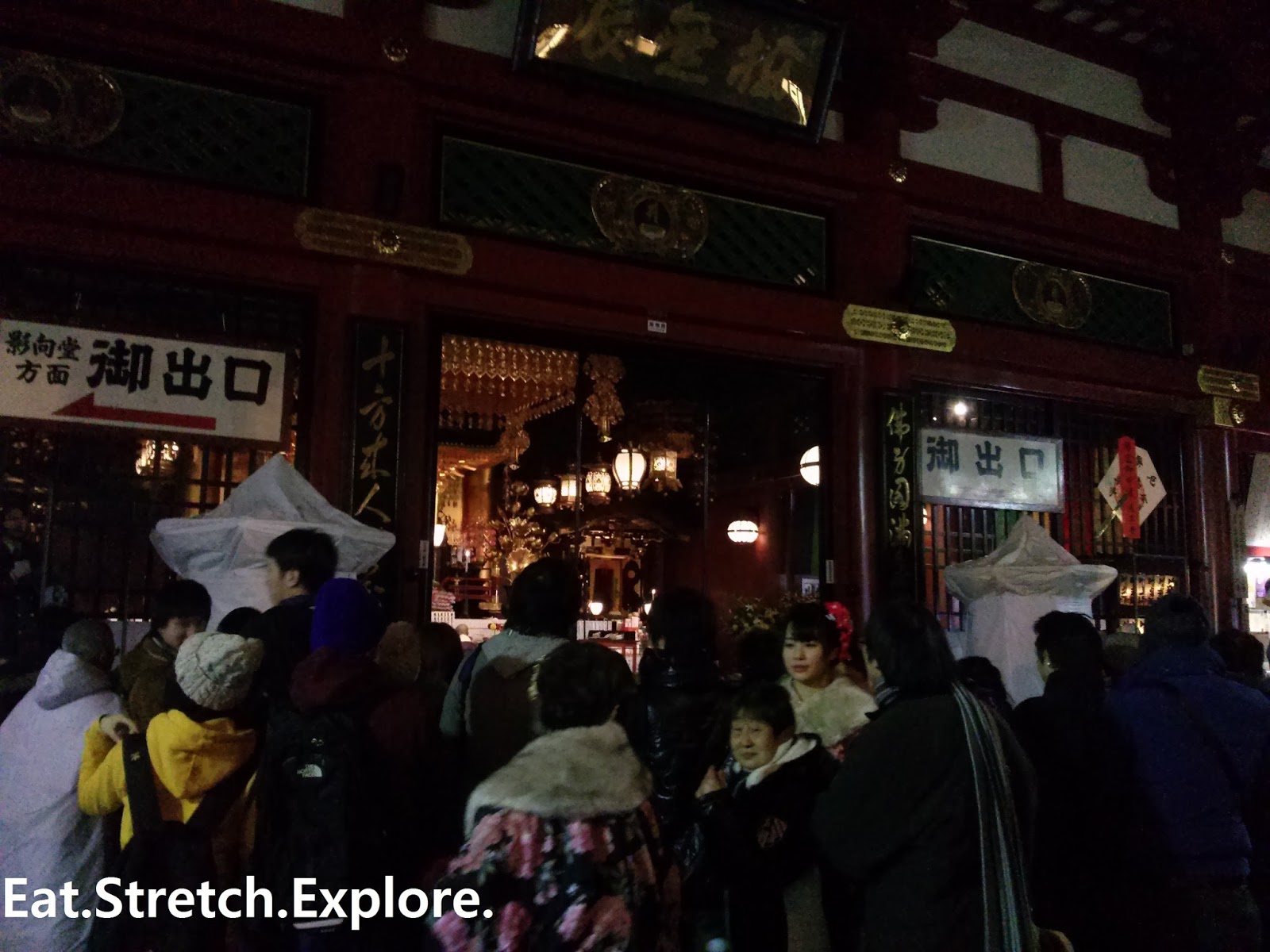 My two new friends were Buddhist and they told me a little about what you do for Buddhist new year's.

Shrine visit:
Pour water on left and transfer to right hand and rinse mouth with water from hand and then spit out the water beside the fountain.

After I got back to Kobe, my language partner taught me the proper Shinto ritual which is as follows: 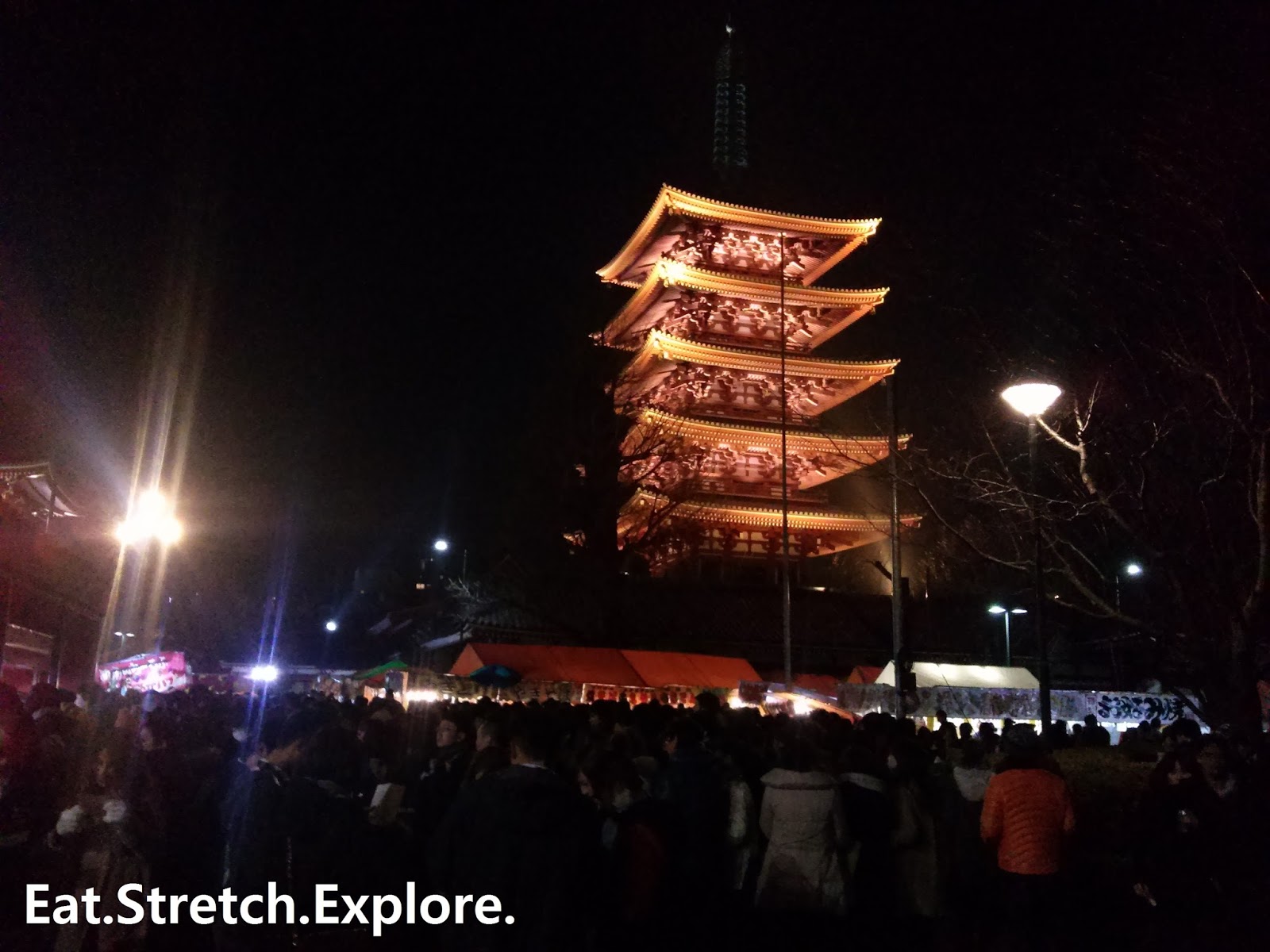 Look at the crowds of people waiting after we exited the temple.

When you exit the Senso-ji, you exit through the shopping arcade. On your way there, you walk past even more food stalls 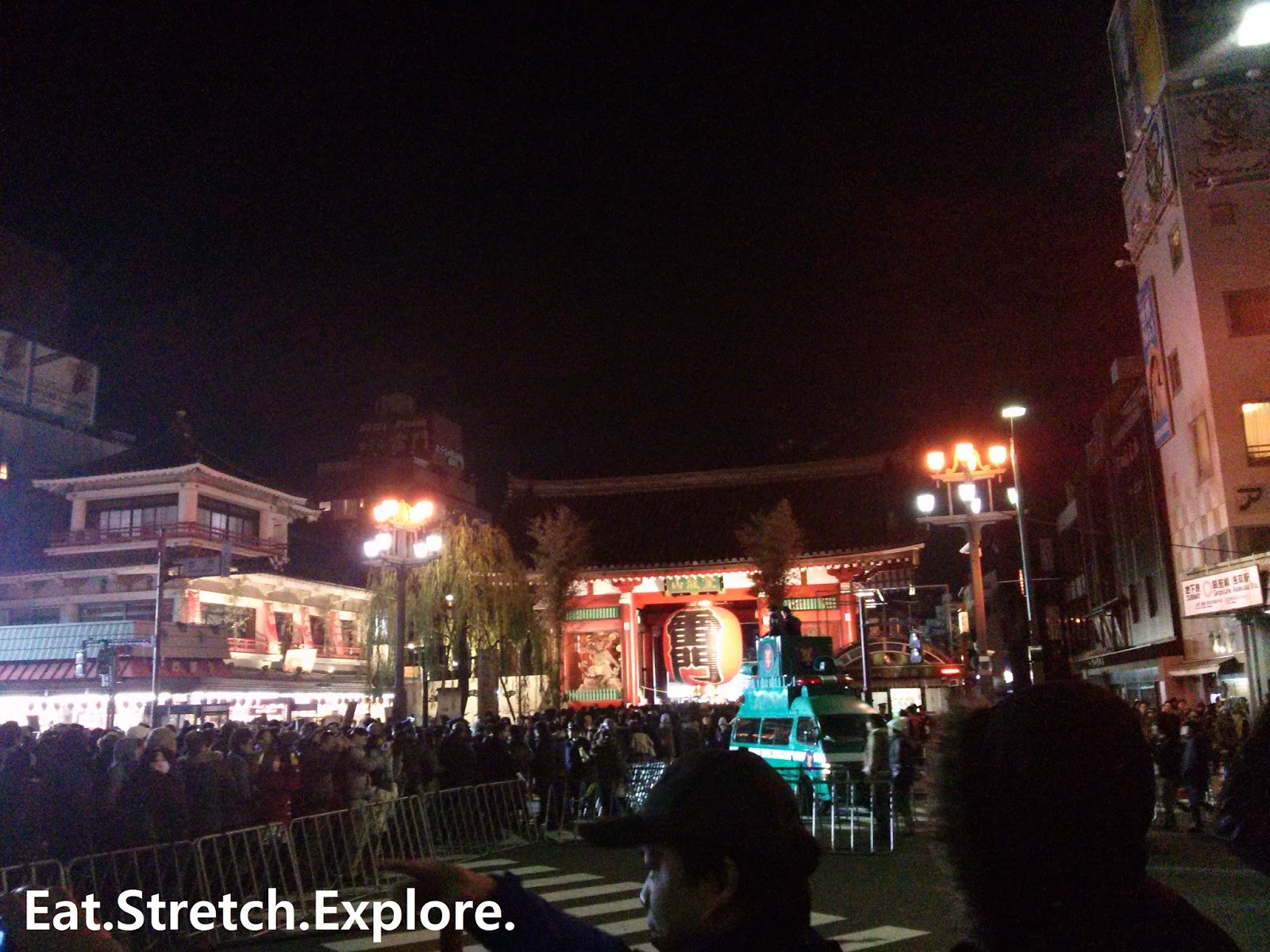 This is after I exited the Sensoji Temple area, trying to make my way back to the subway station. We got super lost because they had barricaded the way we entered and the way I had taken earlier in the week back to the subway. We wandered around a bit, but ended up asking a policeman.