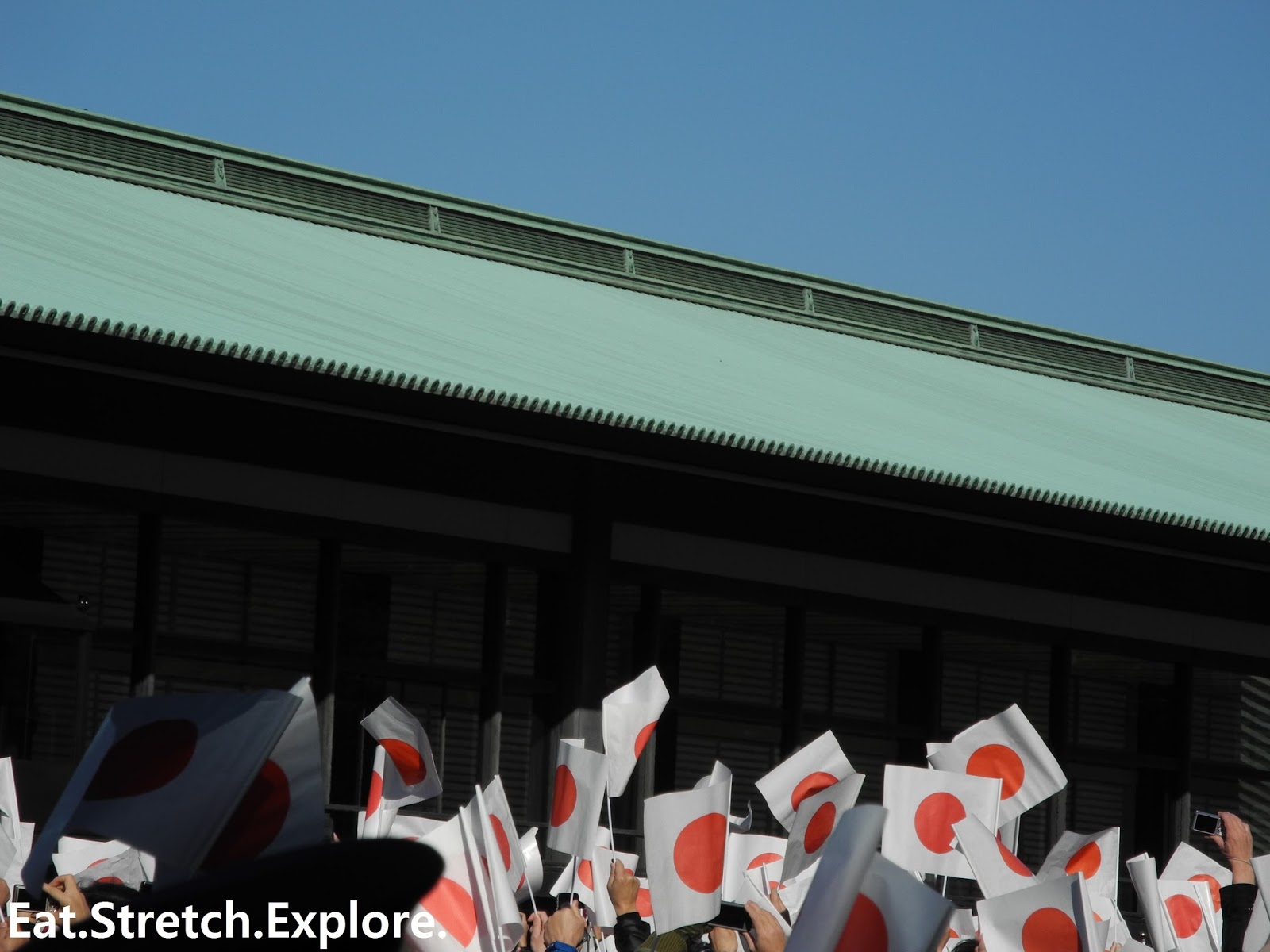 I went to Tokyo last year for New Year's (other Japan itineraries). I had heard the Emperor of Japan makes a public greeting each year on the morning of January 2.


Since it coincided with my trip and because I find this sort of thing fascinating, I made sure to make my way there.

I was meeting my college friend at Tokyo Station later and mentioned to her my plan of seeing the Emperor and she thought it was so random/hilarious that I, the foreigner, knew about this viewing and she, the Japanese citizen, did not know, that she wanted to go with me to the palace.

If you have any questions, feel free to leave a comment. 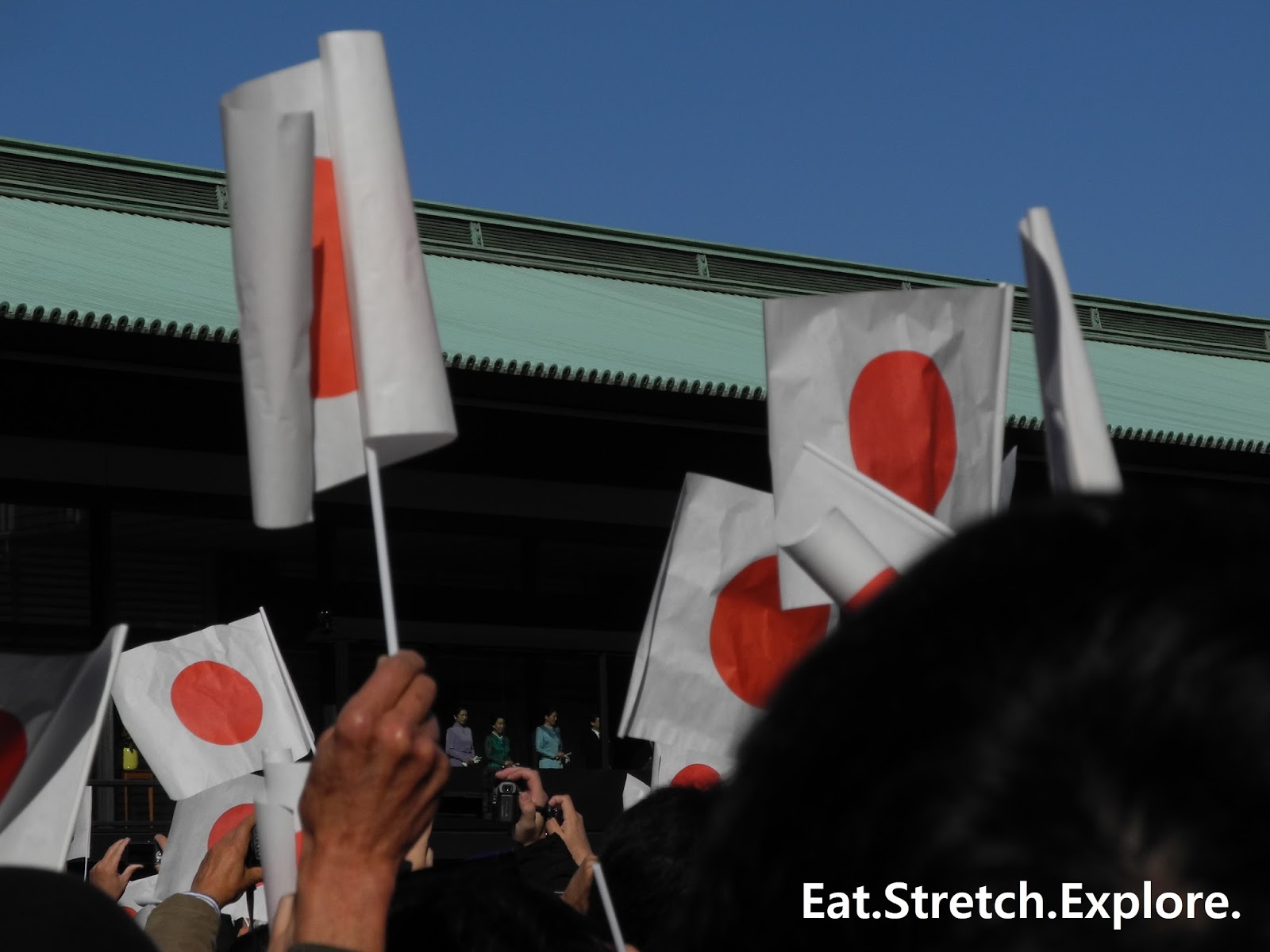 This also gave me the great opportunity to visit the Imperial Palace. It is only open to the public two days every year, January 2 and December 23 (Emperor's birthday). At these times, the emperor makes a public appearance. 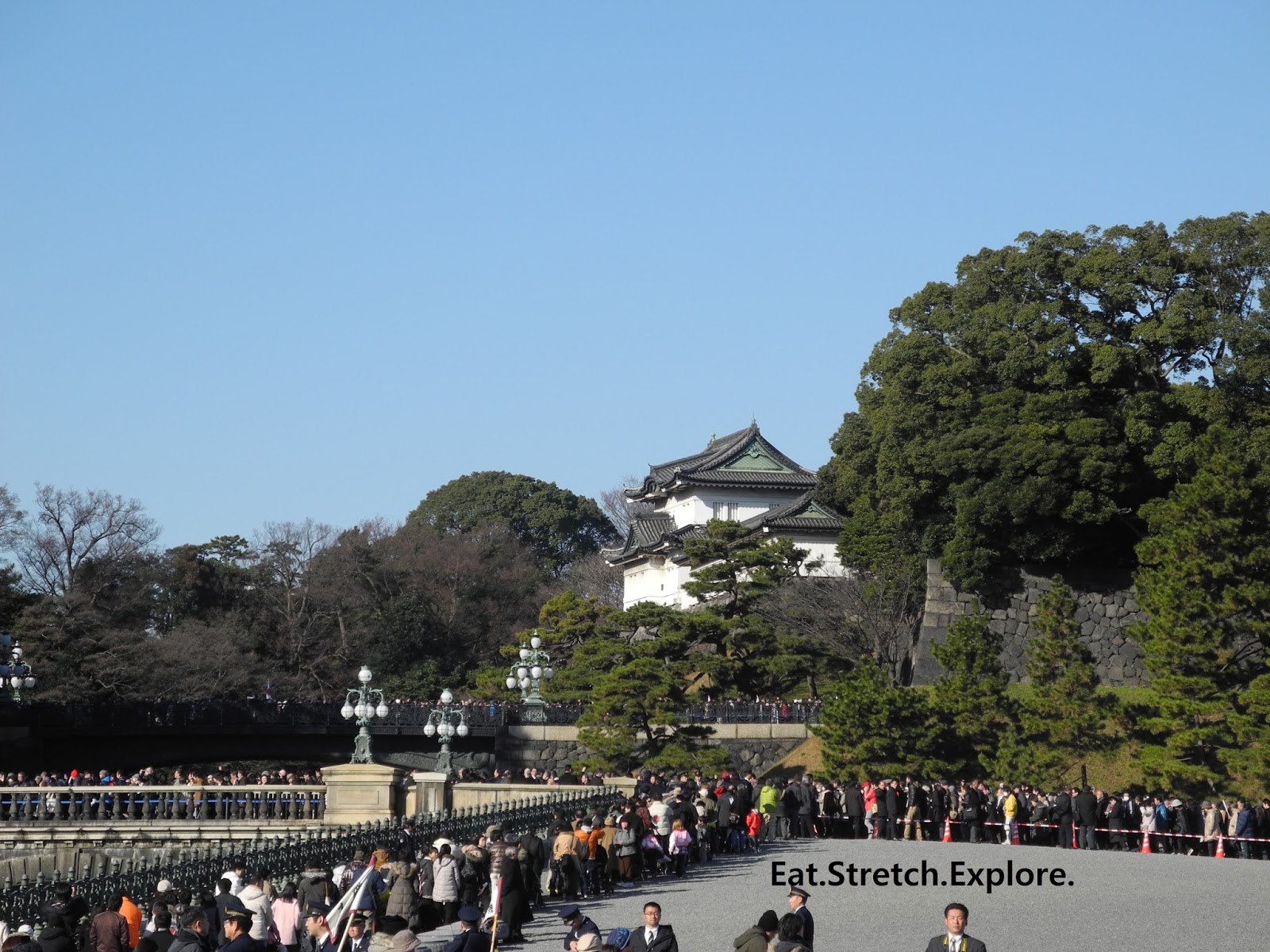 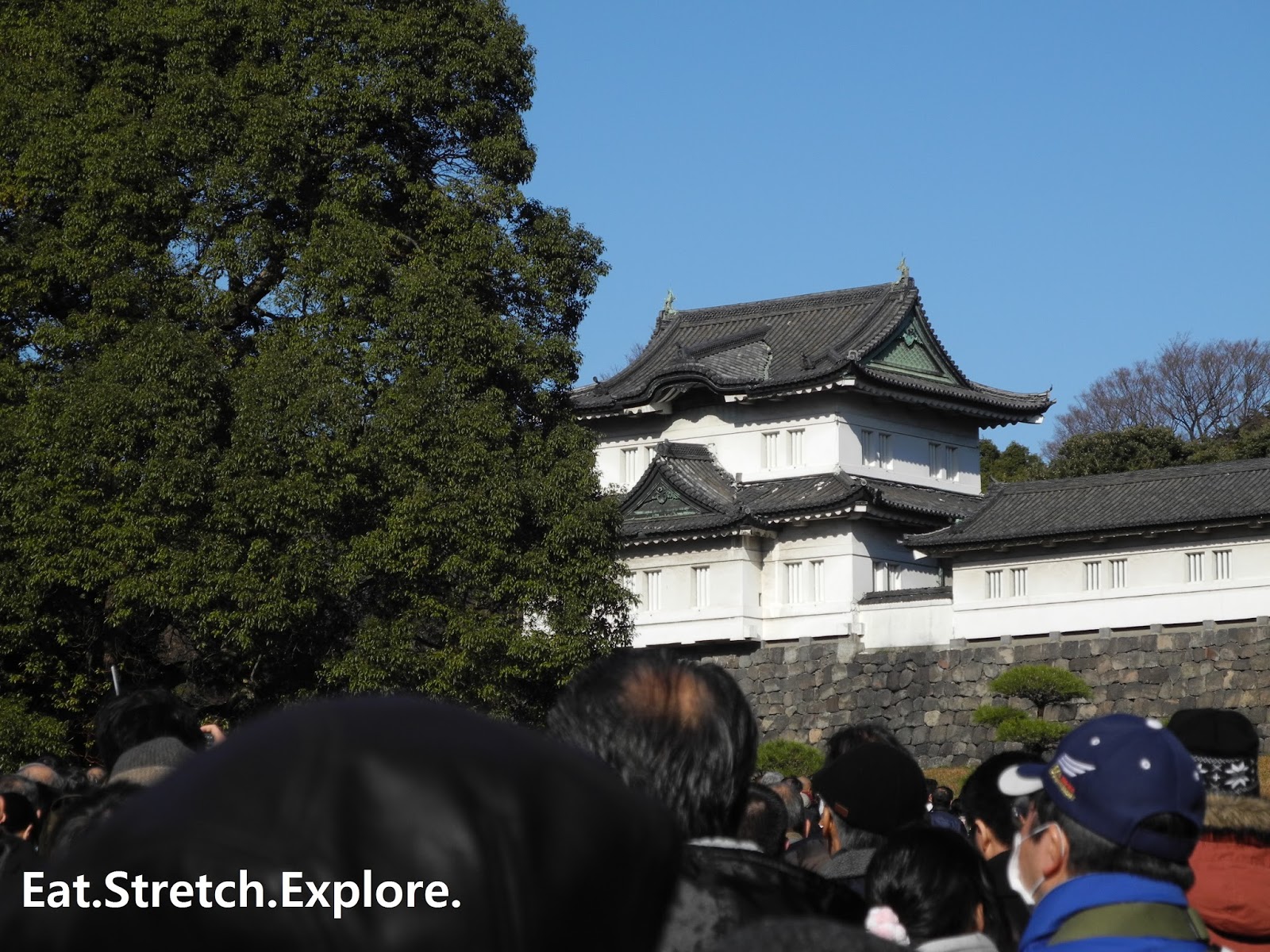 The palace grounds are very nice. I was happy to have the opportunity to see inside. However, it was very crowded and we kept moving at a rather quick pace, so I wasn't able to really look at the grounds that much. 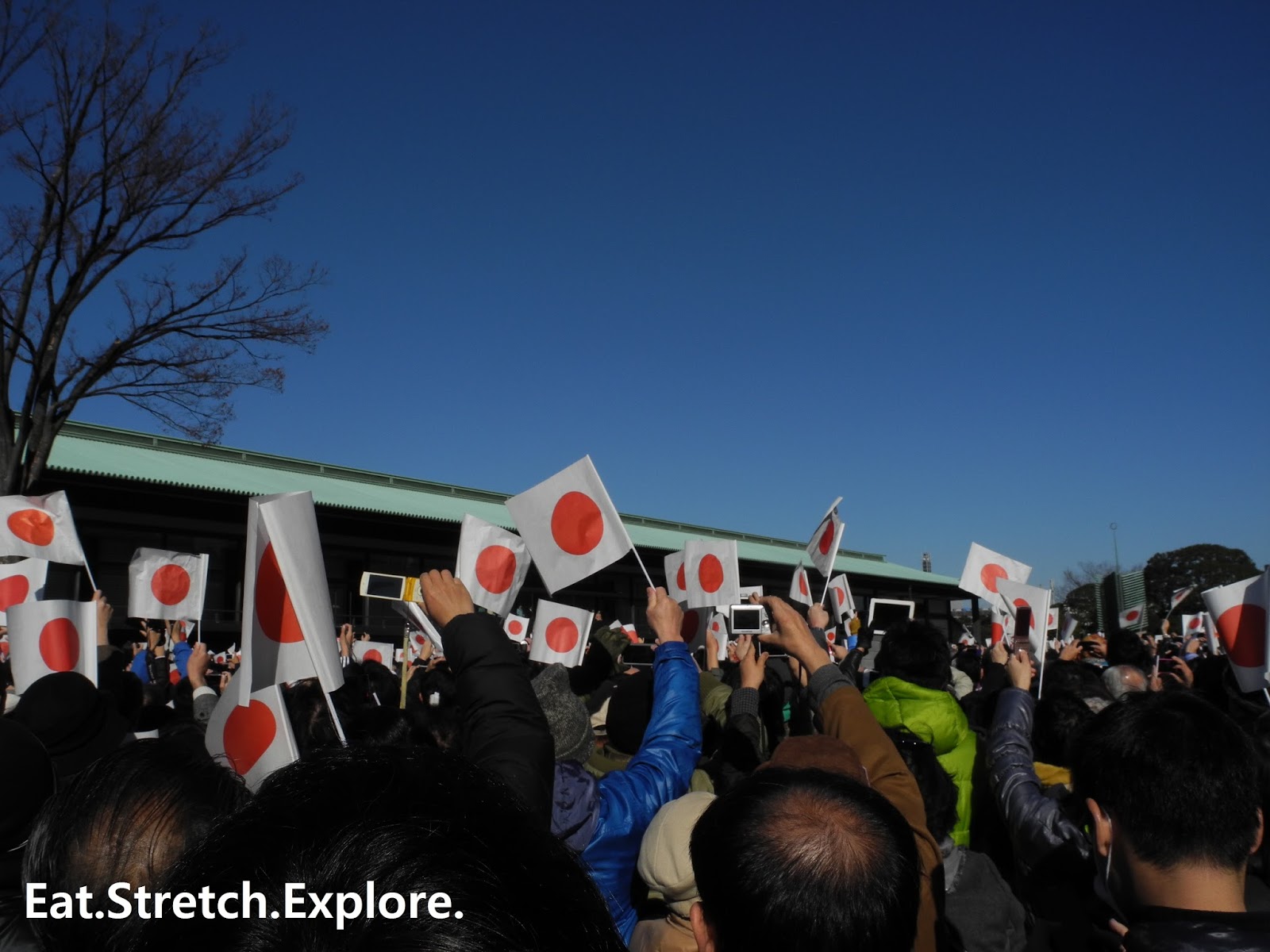 Let me just say, this was ﻿one of the most nationalistic things I have ever done in my life. When you enter, you are given paper Japanese flags and you are to wave it to greet the emperor.

This makes for a very unique souvenir and a definitely once in a lifetime experience. 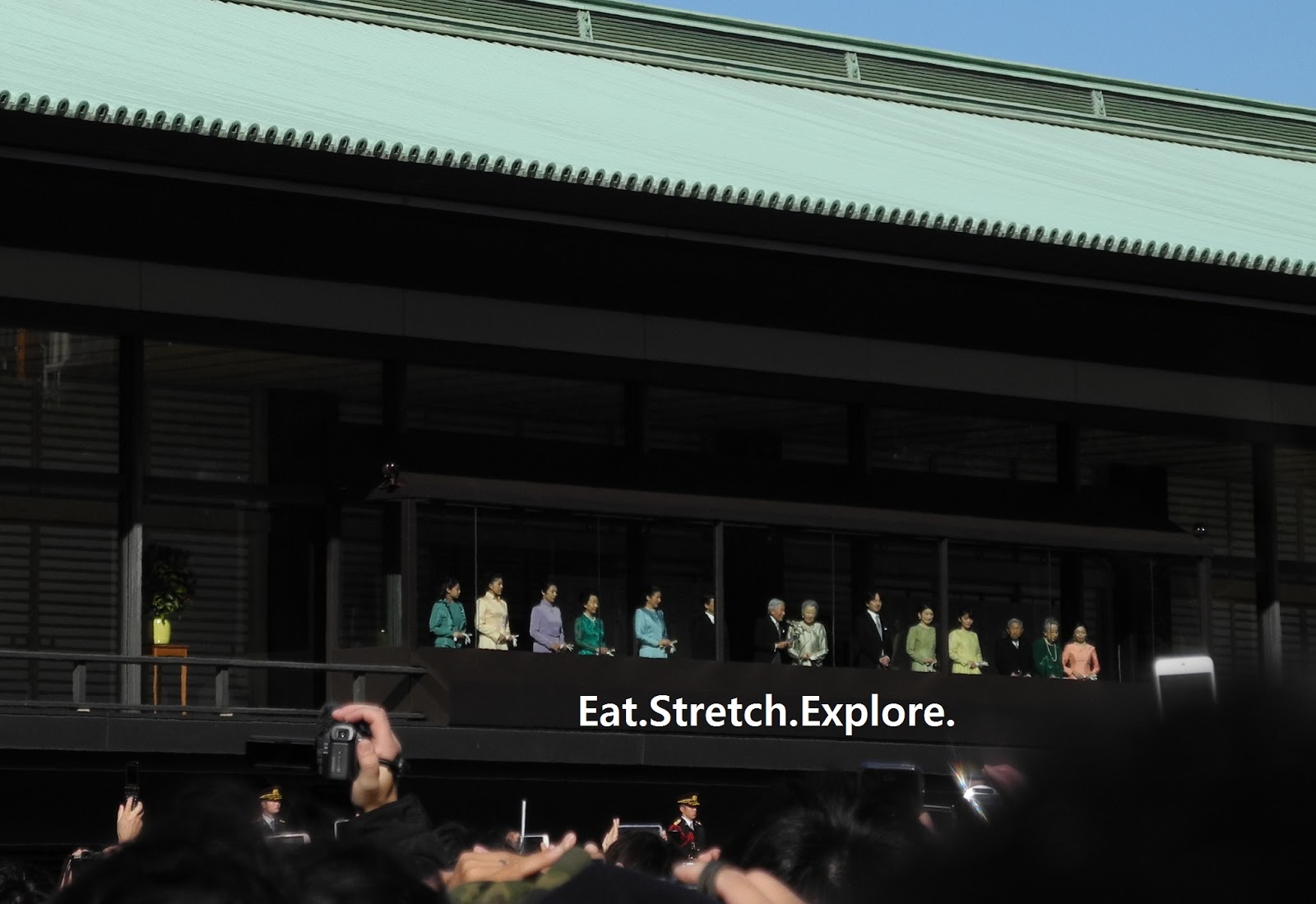 After walking through the grounds quite briskly, we stood around for about 20-25 minutes before the Emperor and family made their appearance. They were there greeting the crowd for about 5 minutes, wished us luck and prosperity in the new year and then left. 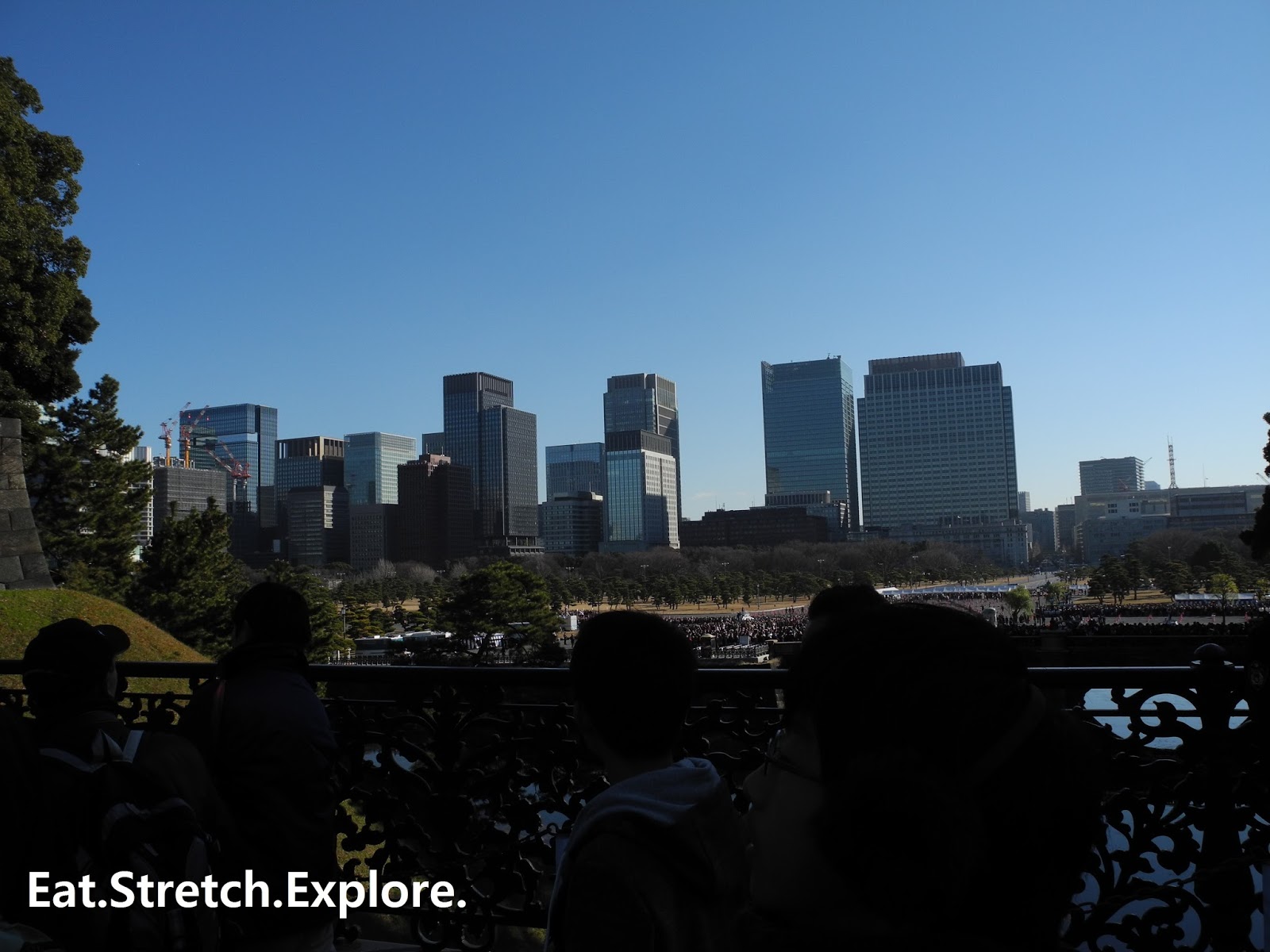 We were ﻿there for the first appearance of the day, luckily. We didn't wait very much at all and it wasn't super crowded. I think this is one of those times that if we would have arrived 15 minutes later, we would never have been able to experience anything.

You are herded out of the viewing area, so if you were not able to get a glimpse of him during your viewing time, you missed your chance and you cannot wait around to see him again.

I think my friend and I met at Tokyo Station at 9AM because I had read somewhere that you should be there about 1.5 hours early. It was true. We were actually not that far back and were in the actual area in front of the class.

If you want to see the Emperor, and not just experience this greeting, make sure you get there for the first appearance time and arrive 1.5-2 hours early.