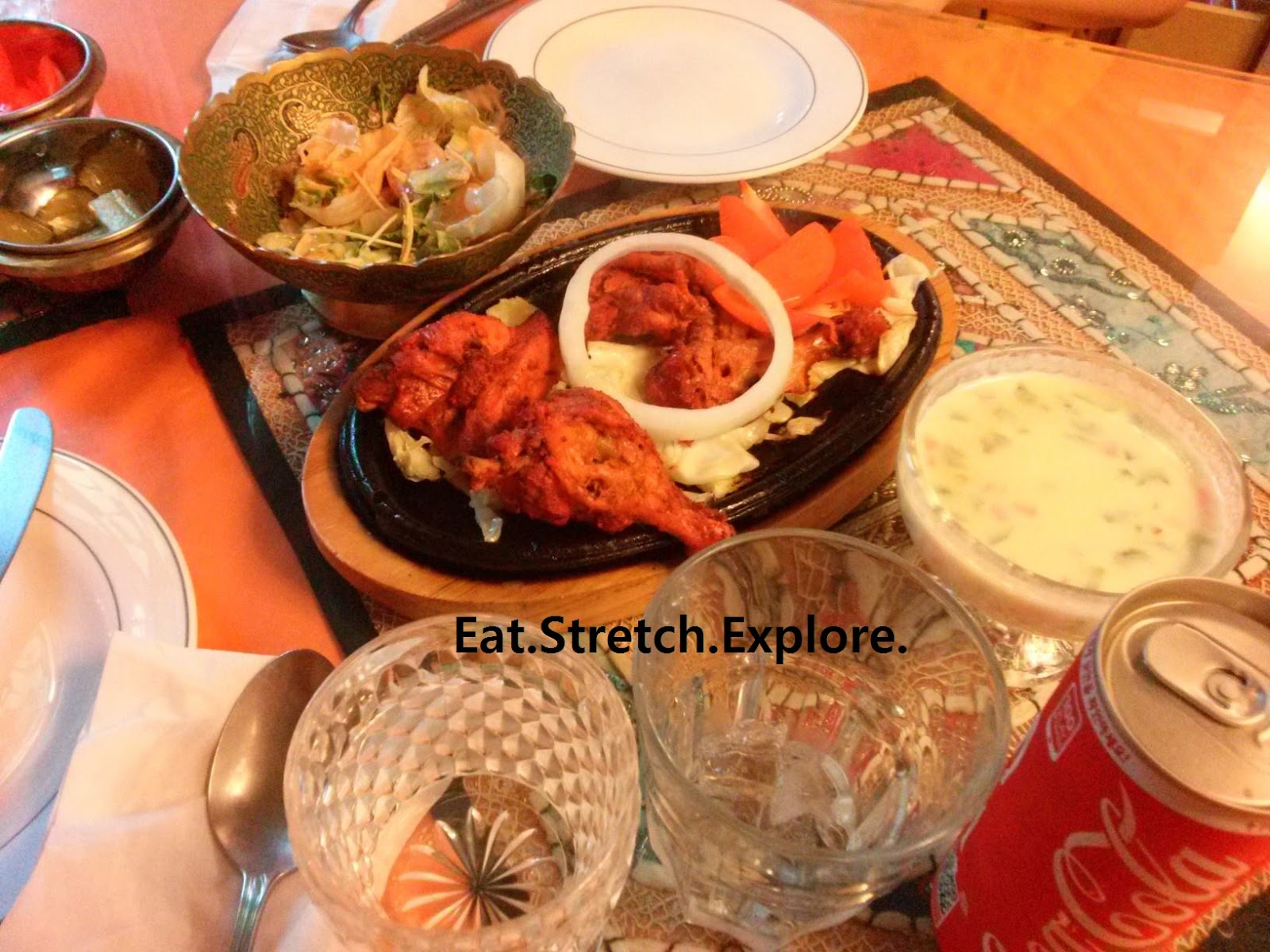 Whenever I go back to Seoul, I make a point to go to Amma.﻿ This is my favorite Indian restaurant...period. I discovered it in 2010 while I studying at Yonsei University.
I have introduced about 20 of my friends to Amma over the years and now I want to share it with you.

The restaurant has been gaining a lot of popularity recently among Koreans as it has started appearing on food shows. When I first started going there, there were mainly just foreigners eating here, so it is great to see that they are now becoming famous.

The menu is available in English and Korean, so no worries. They also clearly label the meat contents.

The staff and owners are so great!! There is this cute Korean ajumma waitress and she is so sweet! It has been interesting to keep popping back in here for food because they remember me and my friends. The owner speaks Korean and it has been really interesting coming in and hearing how much his language has progressed...as mine has become weaker and weaker.

The real reason I love Amma is that they serve two of my favorite dishes ever. I always get the Chicken Harabara. I have tried to find it on a menu everywhere else, but I have never found it. It is a green curry and very flavorful. My Korean friends have been somewhat hesitant to have it since it is green, but after my reassurances, they have tried it and have been blown away by the flavor.

You have to order the rice or naan separately here. I highly recommend the Kabli naan (3000KRW). It is made with cashew and is a sweet naan since it is covered with honey, too. It is a great flavor combination and, like the chicken harabara curry, I have not seen this on most menus elsewhere. I also highly recommend the garlic naan. To fit Korean tastes, they offer Korean rice, but they also sell basmati rice, so don't worry about that.

Another thing they do to fit Korean tastes is give you sweet pickles with your meal. I am not sure why Korean people love sweet pickles so much with foreign food, but it's definitely a thing. Please explain it to me if you know why. I mean it is so engrained in the culture, that it came up in the drama "Pasta."

Lunch Set:
They have a great lunch set menu! There is an option for a two-person party and a three-person party.
For just 21,000KRW (2-person), you get four pieces of chicken tikka, one curry (choose between the chicken and vegetable curries), one naan, one rice, and two drinks (Coke, cider, lassi). 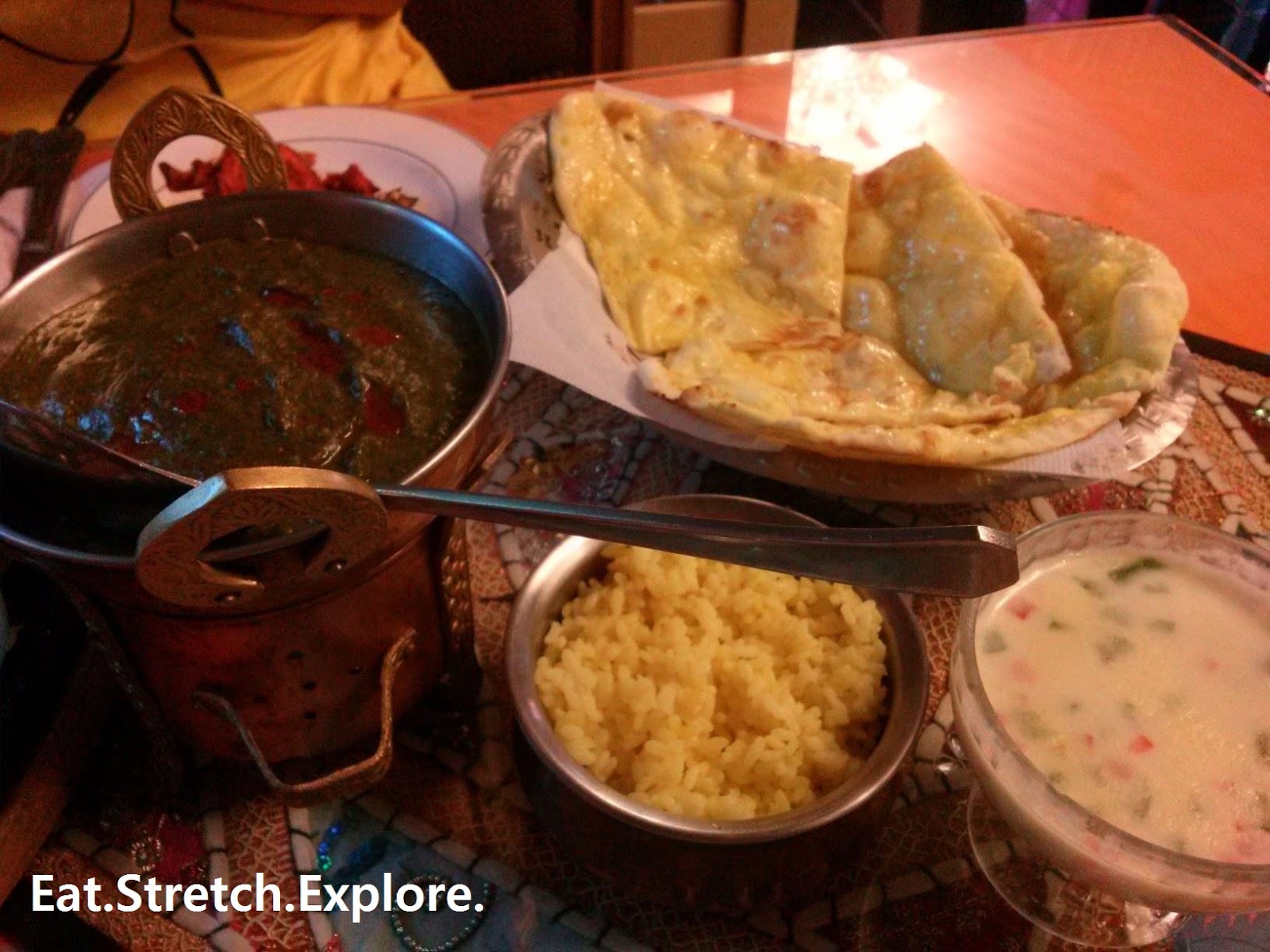 One time, we were able to get a Ticket Monster deal (Korean Groupon). So, we were able to also try the soup. I would probably not recommend the soup. Out of all the other options on the menu, this was a disappointment. There was not very much flavor at all and there was just so much cream in it. 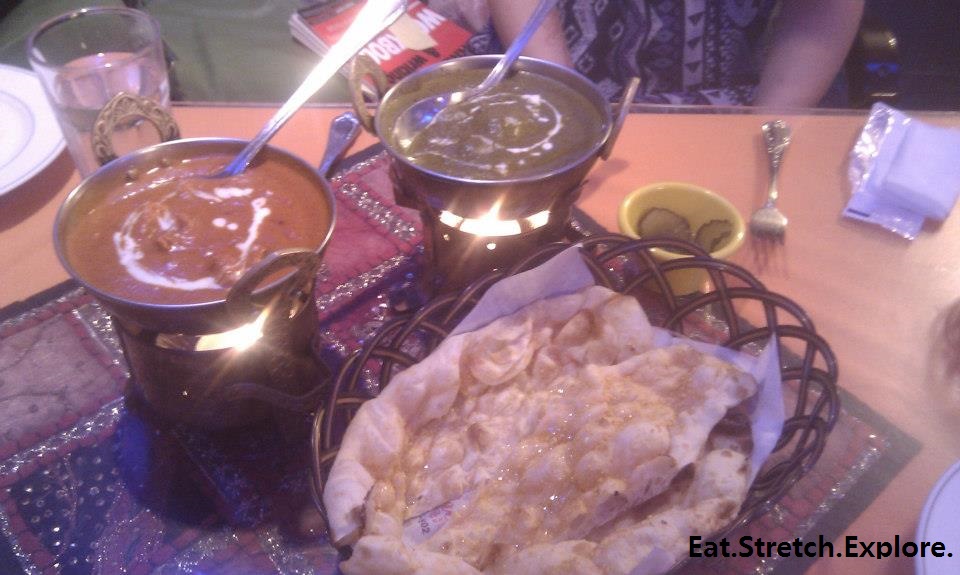 This is the kabli naan, chicken harabara (11,000KRW) (right), and the chicken vindaloo (12,000KRW) (left).
Amma is housed on two-floors, so there is ample seating available. Amma is decorated quite well, with rich colors associated with India. They have also added little partitions between the tables, allowing for a little privacy and separation from your neighbors.

They also have a great customer rewards program! I kind of miss it. You get a stamp each time you come and you get free food along the way.

They also have a downloadable coupon on their website for 10% off your order.
I also messaged them one time last year explaining who I was and that I was a superfan of their food and ate there all the time in 2010. They sent me a 20% off coupon!

They have great customer service and I super miss them and the food.
On my next trip, I am definitely going to go again and bring some more friends! Each time I visit, the owner and I have a conversation about how long it has been since I was last there, even if many years have passed since my last visit.

Location:
From exit 2 at Sinchon Station (line 2, green), walk straight towards Yonsei on the main road. At Uplex, turn left and walk to the 7Eleven. From there, cross the street towards 7Eleven and walk straight. At the second street, turn left. It will be about 3 buildings from the corner, on the 2nd floor. Look up!